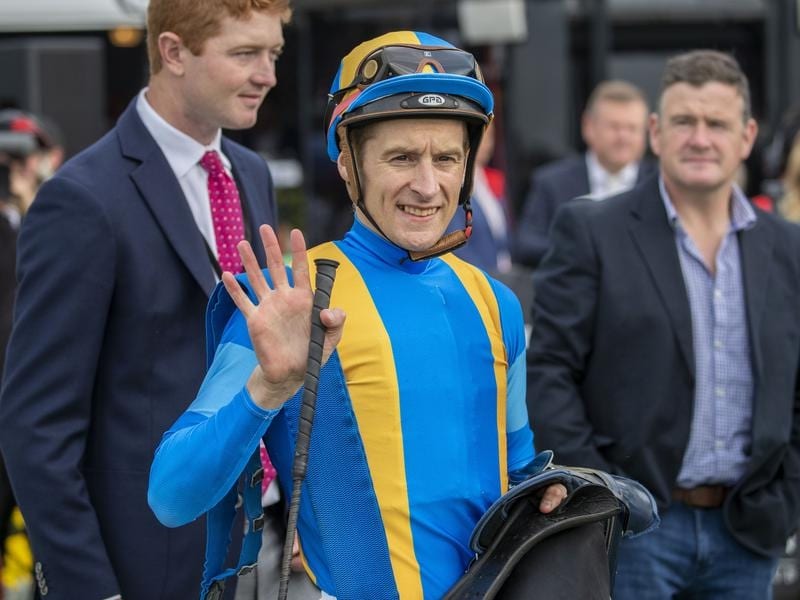 A sharp drop in class and a plan to be aggressive from a wide barrier earned Sydney gelding Redouble a win at Doomben and an outside chance of start in next week’s Group One Stradbroke Handicap.

Redouble had been well beaten when 15th in the Group One Kingsford Smith Cup (1300m) at Eagle Farm last week so trainer Bjorn Baker elected to run him in Listed class in the Spear Chief Handicap (1350m) on Saturday.

The gelding drew wide in barrier 14 but jockey Blake Shinn drove him forward to get across second near the fence.

Baker wasn’t at Doomben but his stable representative Stephen McLean said there was still an outside hope Redouble could make next week’s Stradbroke field.

Redouble is 32nd on the order of entry for the Stradbroke but he can be re-handicapped for Saturday’s win.

“Who knows some might drop out and he should get some type of penalty,” McLean said.

“He is an honest horse and Bjorn has always had a bit of an opinion of him.”

Shinn completed a winning treble on Redouble and it was his 18th metropolitan winner since relocating to Queensland for the winter on April 27.

“I had to go forward early but he still had something left at the finish,” Shinn said.