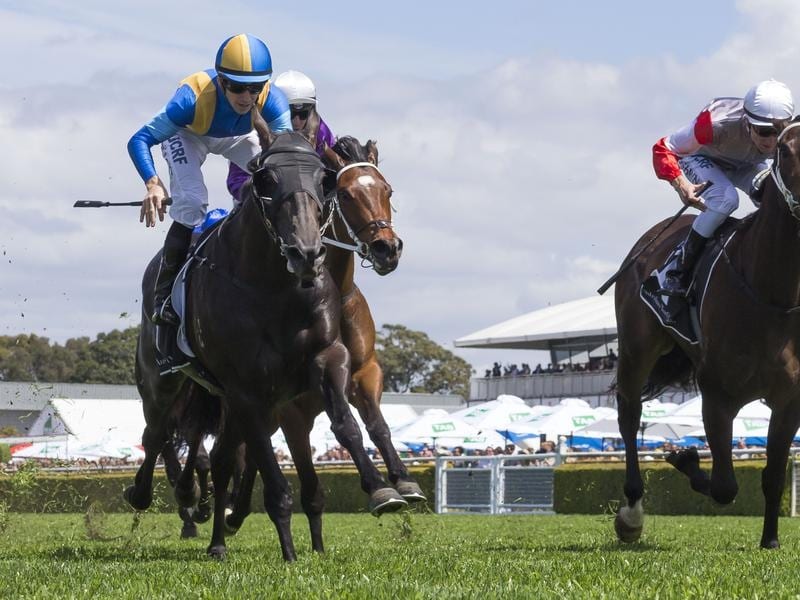 As the adage goes, ‘you’ve got to be in it to win it’ and that will be trainer Bjorn Baker’s weekend philosophy as he prepares a seven-strong team for the stand-alone meeting at Newcastle.

Baker’s squad includes a trio of runners in the first edition of the $1 million The Hunter (1300m) – Redouble, Sir Plush and Goodfella.

“They’re not hard in the market but they’re all there and on their best form they’re a rough chance,” Baker said.

“They all get into the race with a good weight too.”

Goodfella was first emergency when the final field was declared on Wednesday but was promoted into the race with the scratching of Home Of The Brave.

A multiple stakes placegetter, the tough on-pace runner resumed with a fighting third in the Goulburn Cup and usually improves with racing.

“He was right there until the finish. He had a big weight and fitness just told late so I couldn’t be happier with him,” Baker said.

“He’s never the greatest track worker but he looks good and he’ll be better for that run no doubt.”

Redouble had a genuine excuse for his last-start failure in the Redzel Stakes and had been tracking soundly in his two previous runs, including a close sixth to Deprive in the Sydney Stakes.

Baker is not perturbed by a wide gate for the backmarker and says the horse is in good order.

“He had heart fibrillation last time he raced so you can put a line through that,” Baker said.

“He has since trialled very well and I think if you go back two and three runs ago he’s not out of it.”

A $240,000 Magic Millions yearling, the colt was fourth to Golden Gift placegetter Blaze A Trail in his first barrier trial before winning his second.

Baker says the youngster has continued to progress but will need to do everything right over the short-course trip.

“His last trial was better. His first trial was good too, he did a fair bit wrong but you can’t afford to put a step wrong on Saturday over the 900,” Baker said.

“He is a lovely big colt and he’s got plenty of quality about him.”

With Soldier Of Love set to run at Canterbury on Friday night, Baker’s Newcastle team will be rounded out by Ballistica and Super Cyclone in the Sharp Electronics Group Handicap (1400m) and He’s A Hotshot in the final event.