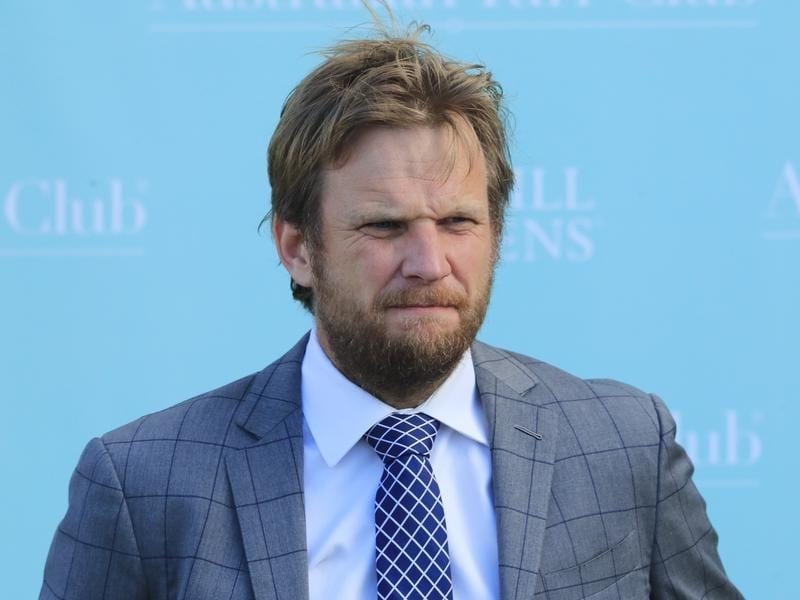 A breakout season could get even better for Bjorn Baker when the trainer heads to Randwick with a team of well-credentialled horses.

Baker is enjoying his best term, this month bringing up a milestone 50 metropolitan winners, smashing his previous season best tally of 38.

A Group One Winx Stakes victory by Samadoubt was a clear highlight, but with that horse going amiss shortly after, the bulk of Baker’s success has come on the back of bread-and-butter horses.

“It has probably been a little bit of luck and most of our horses have stayed sound,” Baker said.

“With the exception of Samadoubt early, we haven’t had too many stars so it has been a really good year.”

Baker will head to Randwick on Saturday with a typically no-nonsense team.

Redouble leads the charge in the Winter Dash (1200m) after an encouraging first-up third to Snitz in the Takeover Target Stakes and a sound, albeit unplaced effort, behind Man Of Peace.

Baker felt Redouble struggled in wet conditions last start and is hoping for a drying track.

The horse has done well between runs and with little obvious speed on paper, Redouble has the versatility to race closer if jockey Tim Clark sees fit.

“We will see how the track is playing on the day but he can for sure,” Baker said.

Spencer and the resuming Kiss The Bride clash in the Sky Racing Active Handicap (1400m) and both have claims.

The lightly raced Kiss The Bride has shown staying promise and while he is yet to win over less than 1800m, he usually performs well fresh.

“He’s only had the one trial but he does look really good, he’s continued to do well and he’s not completely out of it,” Baker said.

“It’s just the gate and where he gets to but I’m very happy with him.

“He really made good ground last time and I do think he’s a better horse this time in. He will be Saturday-grade definitely this time around.”

Baker also expects a competitive showing from Starspangled Rodeo in the Ranvet Handicap (1600m) but says Tony’s Reward is looking for a firmer track and might not head to Randwick if it remains in the heavy range.