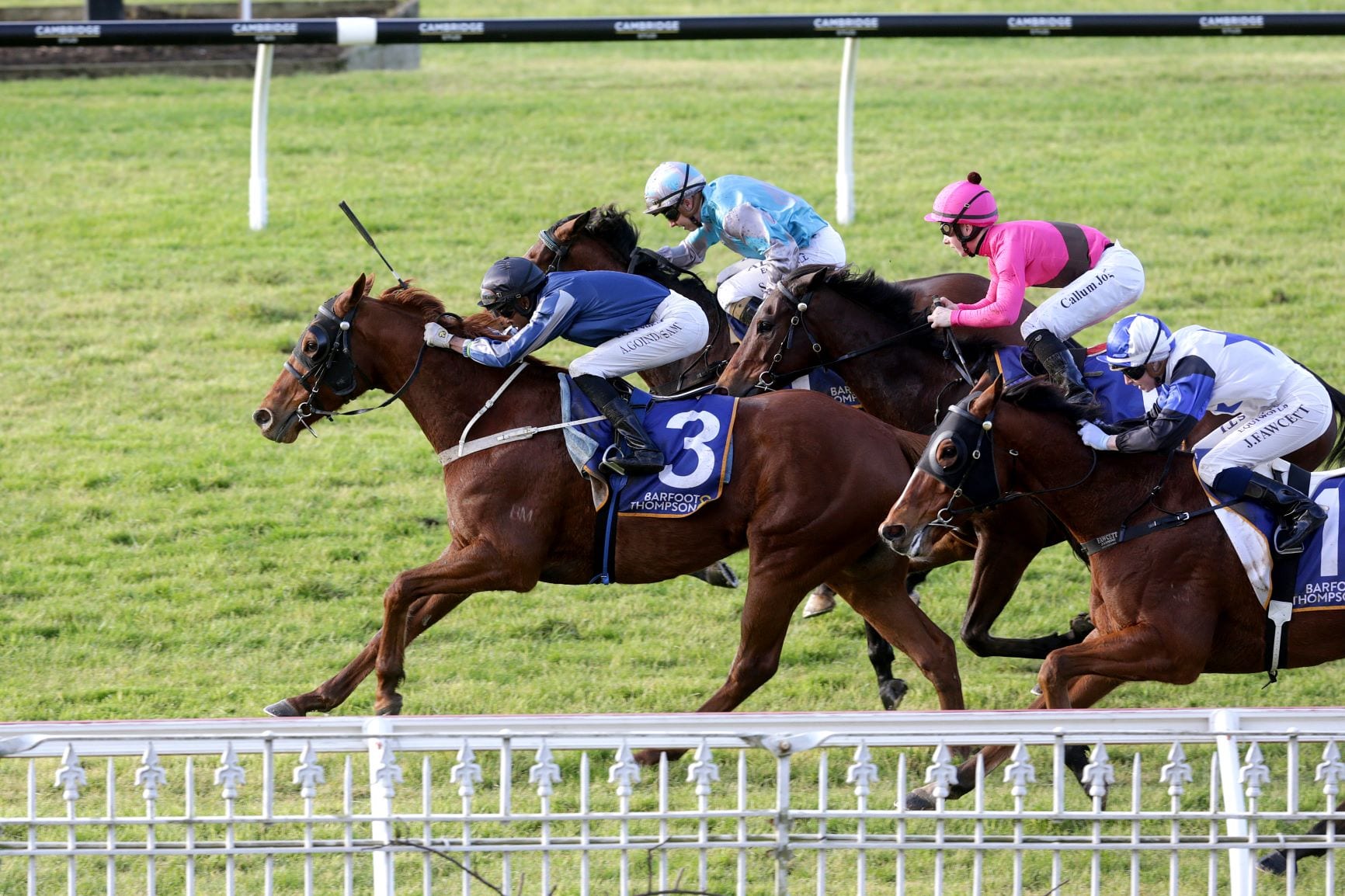 Rugged stayer Redcayenne sprang an upset at Ellerslie on Saturday when he scored first up over 1400m for new trainer Alan Morley. The Bullbars six-year-old had done all his previous racing from Tony Pike’s Cambridge stable but made his way to Morley’s Byerley Park-based operation during the Covid-19 pandemic lockdown following some changes to his ownership group.

Having his first start since finishing third in the Bay Of Plenty Cup (2100m) back in March, Redcayenne made light of his 60.5kg impost as he stormed home under the urgings of in-form apprentice Ashvin Goindasamy to down Easy M’Lady and Double Happy in a thrilling three-way finish.

Morley had been confident of a good run prior to the race after the horse had settled in well to his new environment. “I haven’t had him for very long and I kept thinking how was I going to improve him after he had come out of one of the top training establishments in the country,” Morley said. “I knew he was pretty fit and had gone well fresh in the past and for the last few weeks he had really relaxed around the place.

“I do think he is more suited to a smaller stable as I only have the four horses and there’s not much around to bother them. “I’m just delighted to get the win for everyone involved as we did target this race for him.”

Morley is happy to take it a race at a time with his new acquisition however he does have a jumping career in mind for Redcayenne further down the track. “He has done a bit of schooling with Aaron Kuru riding him and he told me he was a very good jumper,” he said. “He’s not a bad judge so we’re keen to see how he goes but that is a little way down the track yet. “He seems to handle most tracks so we are going to pick and choose where we go over the next few months but there seems to be quite a few opportunities for him.”

Morley is also delighted with the progress being made by stable star Blue Breeze who is nearing a raceday return. The rising seven-year-old sustained an injury when finishing last over 1600m at Te Aroha in January and has been taken along slowly by Morley as he has nursed him back to full fitness. “He (Blue Breeze) got galloped on at Te Aroha and injured a fetlock,” Morley said.

“We’ve been very careful with him and he’s nearly ready to go again. “He’s carrying more condition this time around as he didn’t like it at all in Australia and seems to have taken the attitude he’s going to eat everything in sight since he’s been back home. “I’m targeting Pukekohe on the 24th of this month and he is very well to resume. “He won fresh-up there in his last prep before we took him to Australia and I think he is just as well as he was then.”