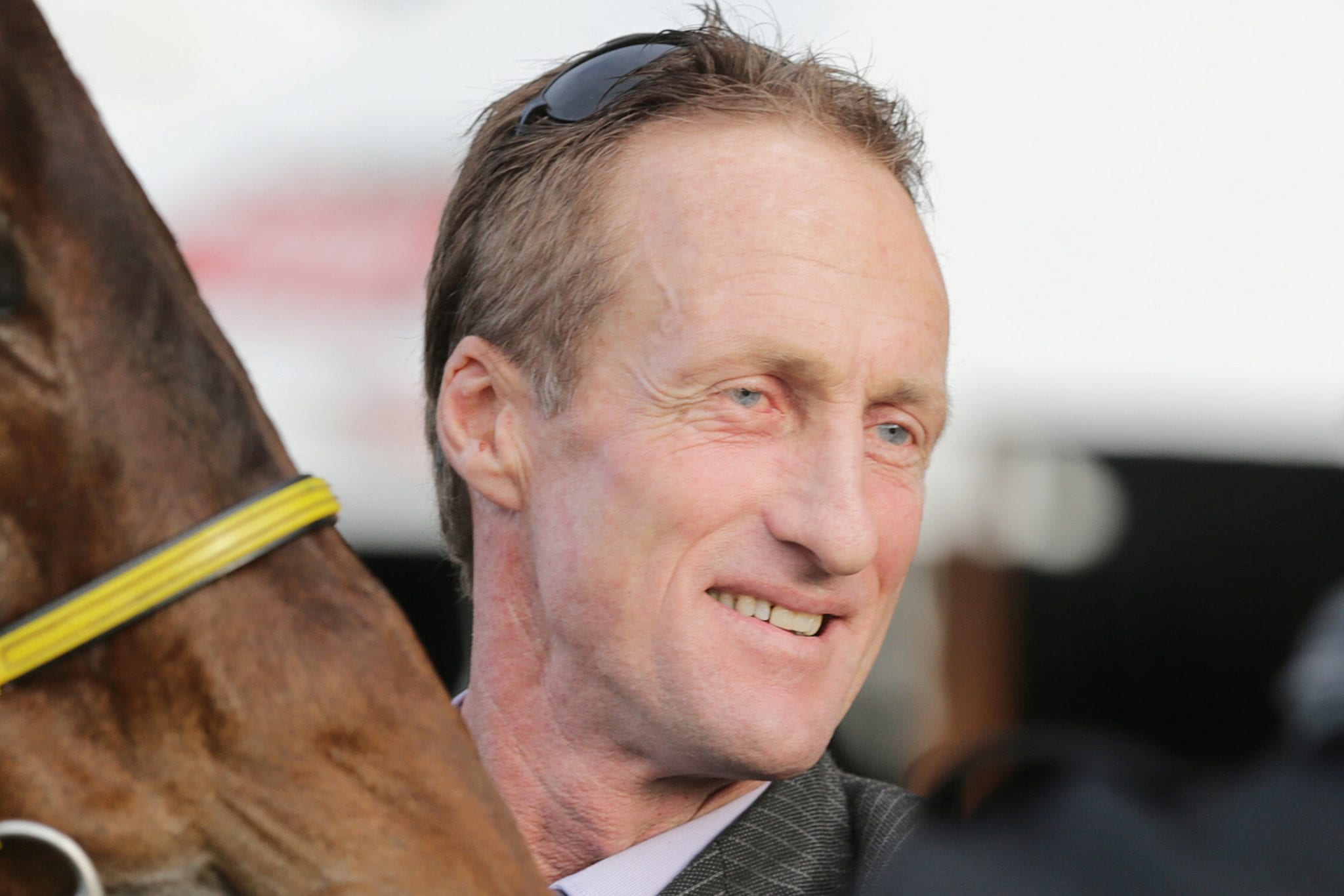 Jumps racing returns to Ellerslie on Monday and Te Awamutu trainer Stephen Ralph is one of many who can’t wait for the action to get underway.

The Ellerslie track was out of commission during the winter months last year as track renovations were conducted so Monday’s scheduled jumping events will be the first held at the venue since September 2017. Ralph will line-up enigmatic hurdler Hesalljazz in the first of the feature jumps events, the KS Browne Hurdle (3350m) while Thenamesbond will tackle the McGregor Grant Steeplechase (4150m) later on the card.

Ralph had been expecting a bold performance from Hesalljazz in the Waikato Hurdles (3200m) but was disappointed with the indifferent display he produced when finishing well out of the placings. “After he had run second on the first day at Te Rapa when ridden upside down, we fully expected he could win the Waikato Hurdles,” Ralph said. “He jumped pretty average during the race and never got into it so we left the track really scratching our heads about it. “It wasn’t until the next day when we saw him the paddock it was noticeable that he was limping. We thought he might have hurt a tendon but when we had a close inspection, he had a very soft spot in his heel that was bothering him. “That has come right now so we think he can be far more competitive on Monday. “He should get a track to suit and when he is at the top of his game, I think he can win a race like this so I’m hoping he can show his best form.”

Ralph is also predicting a better showing from evergreen jumper Thenamesbond who found the track conditions too firm for his liking at his most recent runs at Te Rapa. “Thenamesbond has had a few issues with his joints so the harder tracks just don’t suit him and it was pretty firm at Te Rapa last time,” he said. “Once he got over that run his work has been very good now that the tracks have turned and he will also relish the footing on Monday. “He had a few niggles last year and we were behind the eight ball most of the way through his prep, but touch wood, things have gone well this time in and I think he is ready for an improved showing.”

Ralph has enjoyed a stellar year at Ellerslie, capped by the win of Santa Monica in the Group 1 Railway (1200m) and is keen for the winning feeling to continue. “Ellerslie has been very kind to us this year,” he said. “It would be nice to think that can continue so we’re hoping that our two can do the right thing on Monday.”