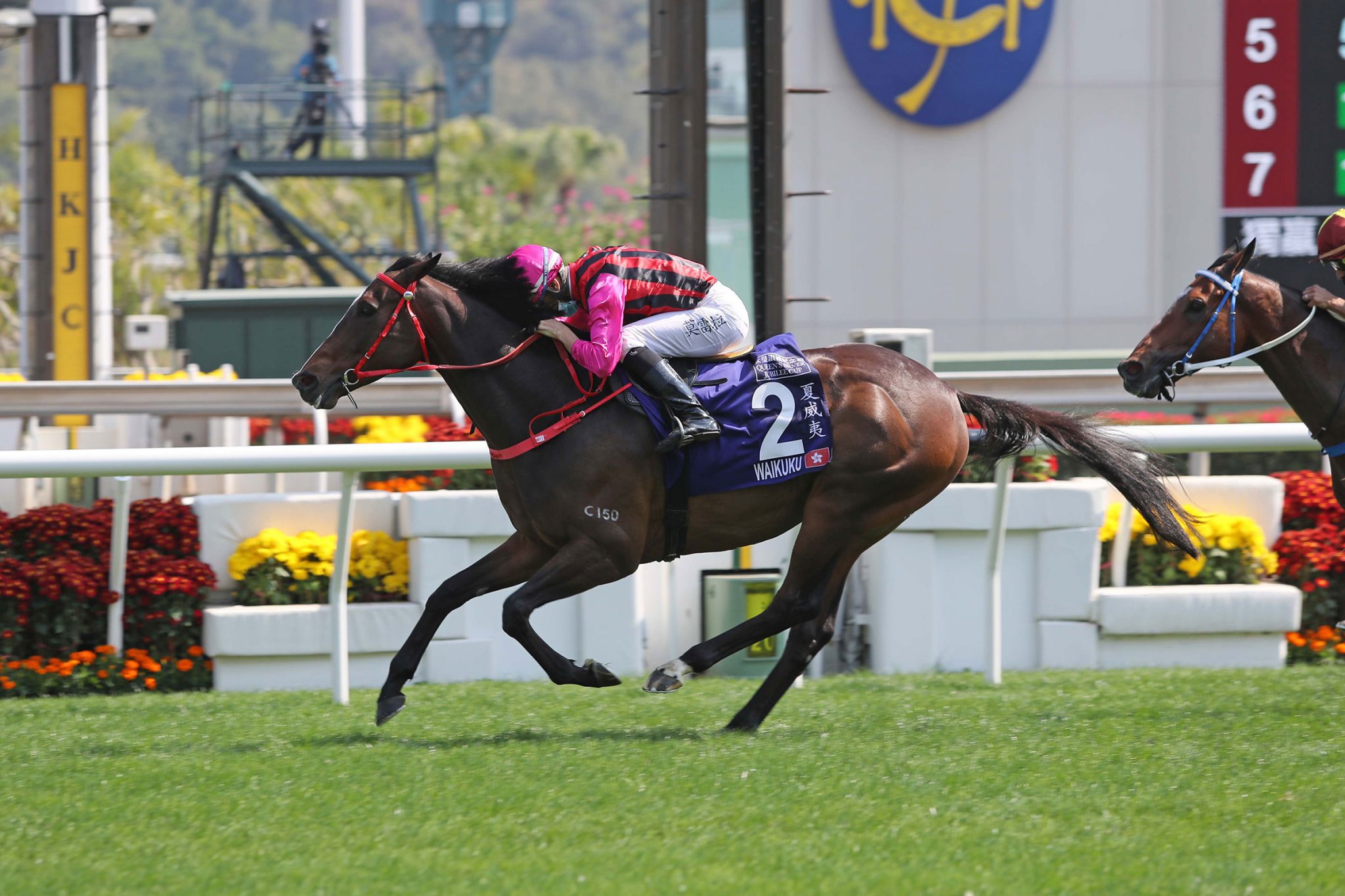 Joao Moreira has ridden Waikuku in all of his 19 Hong Kong starts – for seven wins and six minor placings – but the mount has fallen to Purton on Sunday at Sha Tin with Moreira committed to Caspar Fownes’s BMW Hong Kong Derby (2000m) winner Sky Darci.

Purton rode Waikuku when the six-year-old cruised into second place behind Master Eight in a 1200m trial at Sha Tin on 8 October and is hopeful of a strong performance against class opposition.

It will be the former John Oxx-trained galloper’s first appearance since disappointing when a distant fifth behind Mighty Giant in the Group 2 Chairman’s Trophy (1600m) at Sha Tin in April, when a subsequent endoscopic examination revealed a substantial amount of blood in the horse’s trachea.

The dual Group 1 winner has since trialled to the satisfaction of stewards.

“He’s been off for quite some time and John’s horses generally continue to improve as they go through their preparation,” Purton said.

“I thought he improved quite a bit from his first trial to his second trial, he actually surprised me how well he trialled last week. So, he’s ready to run a good race, I would think.

“It’s going to depend on the make-up of the race, of course, but I thought he went well enough in that trial to certainly be competitive on Sunday.”

Returning from a two-day ban, Purton will bid to extend his lead in the jockeys’ championship when he rides Francis Lui’s Lucky Patch in the Group 2 Premier Bowl Handicap (1200m) on Sunday.

As with Waikuku, Purton is excited to be taking the reins on Lucky Patch.

“It’s a fairly intriguing race. You have the some young horses coming through there that want to put their hand up and stamp themselves and you’ve got some older horses there that want to make it hard for them,” Purton said, referring to emerging talents including unbeaten Courier Wonder, Super Wealthy, Naboo Attack and Sky Field.

“I think it’s exciting because it’s the next batch of sprinters coming through. It will be nice to see them measuring themselves under handicap conditions before they go into set weight races, but I’m looking forward to it.”