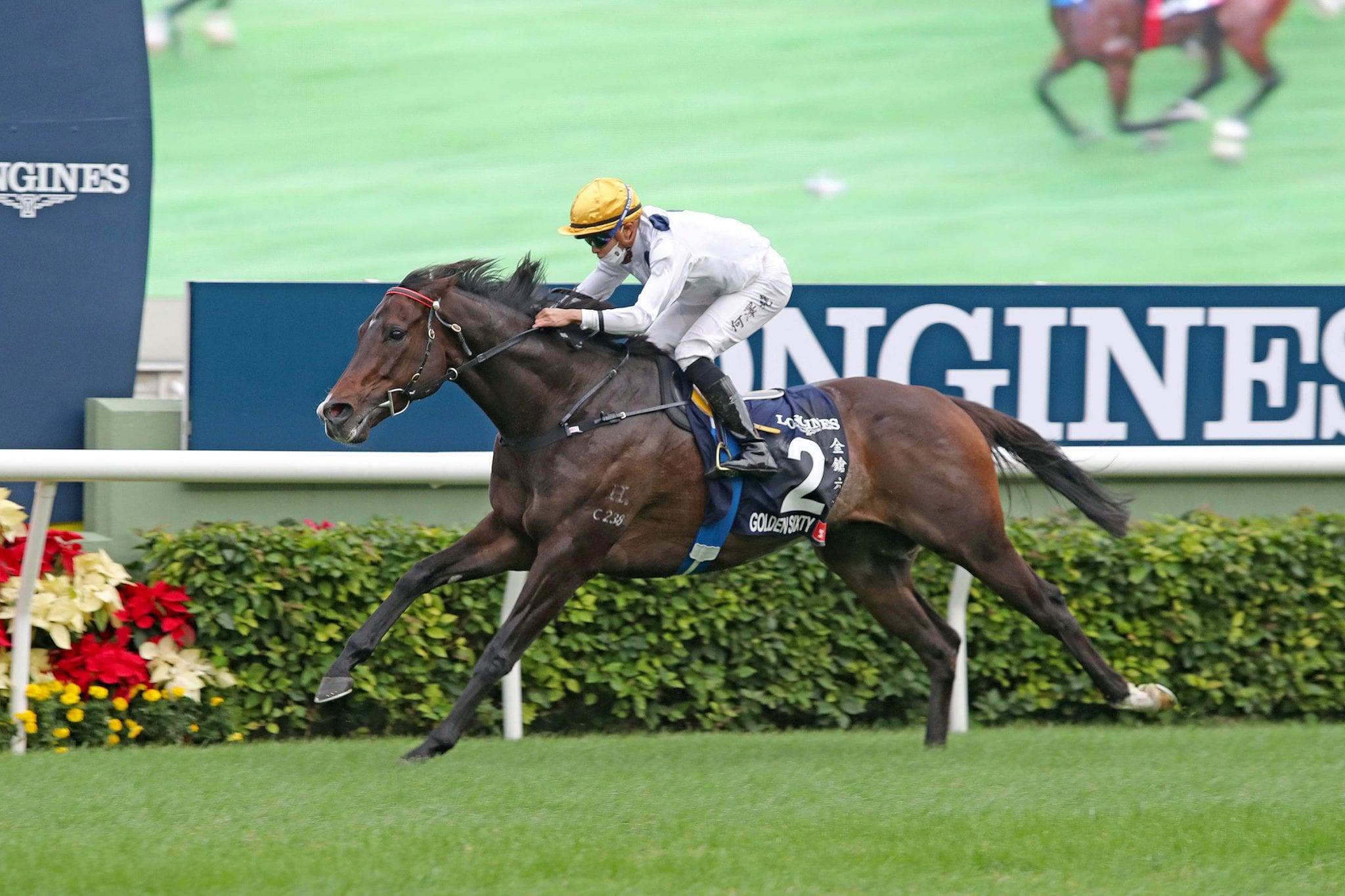 The Francis Lui-trained five-year-old was also named Champion Miler and Champion Middle-Distance Horse. In addition, the son of Medaglia d’Oro also secured the bulk of the public vote to claim the Most Popular Horse title for the second consecutive year.

The 2019/20 season’s Champion Four-Year-Old showed further improvement this term, with a perfect record of seven wins from seven starts, with the last four wins all at Group 1 level. Since September 2019, he has maintained an unbeaten run of 14 and he is the first horse to capture the Group 1 LONGINES Hong Kong Mile (1600m), Group 1 Stewards’ Cup (1600m), Group 1 Citi Hong Kong Gold Cup (2000m) and Group 1 FWD Champions Mile (1600m) in the same season, highlighting his versatility and brilliance.

Hot King Prawn was named the season’s Champion Sprinter. The John Size-trained six-year-old opened his Group 1 winning account in the Centenary Sprint Cup (1200m) in January this year. The Denman gelding was a steady performer throughout the season, finishing out of money only once in his five starts since last October. He also won the Group 2 Jockey Club Sprint (1200m) last November.

Panfield was crowned Champion Stayer. The Tony Millard-trained Chilean import was already a Group 1 victor prior to his arrival in Hong Kong. After opening his Hong Kong winning account in a Class 2 event over 2000m, the Lookin At Lucky colt ran a gallant third behind Sky Darci in the BMW Hong Kong Derby (2000m). He then achieved a career-peak when defeating older rivals, including Exultant, in the Group 1 Standard Chartered Champions & Chater Cup (2400m) in May.

Sky Darci was the deserving winner of the Four-Year-Old Champion award. The Caspar Fownes-trained galloper won five races this season, including the BMW Hong Kong Derby, the final leg of the Four-Year-Old Classic Series and the Group 3 Lion Rock Trophy (1600m). In his final start of the season, he also finished a creditable second behind stablemate Sky Field in another Group 3 event, the Premier Cup (1400m).

Fantastic Treasure was named the season’s Champion Griffin after remaining unbeaten with five wins from five starts in his rookie season in Hong Kong. The David Hayes-trained three-year-old achieved his career highlight to date in a Class 2 1400m contest at Sha Tin, defeating seasoned gallopers to achieve a rating of 94.

The John Size-trained Courier Wonder was named the season’s Most Improved Horse. After starting the campaign on a rating of 52, the Sacred Falls gelding soared 55 points to a mark of 107 after remaining unbeaten with five wins from five starts.

Caspar Fownes was honoured with the Champion Trainer title. The battle for the championship was settled before the season finale and Fownes was most deserving of his fourth title, having led for the majority of the season before repelling a strong charge from 11-time champion, John Size.

Joao Moreira was crowned Champion Jockey for a fourth time. The Brazilian rider had a fantastic season of achievements, including becoming only the third jockey in history to notch 1000 winners in Hong Kong. He also won the public vote to earn the Most Popular Jockey of the Year accolade.

The winner of the Tony Cruz Award for the season’s leading homegrown rider will be revealed and presented during racing at Wednesday’s season finale (14 July) at Happy Valley.

Former Hong Kong Champions Beauty Generation and Exultant were presented with the Lifetime Achievement Awards for their great contributions to Hong Kong racing.