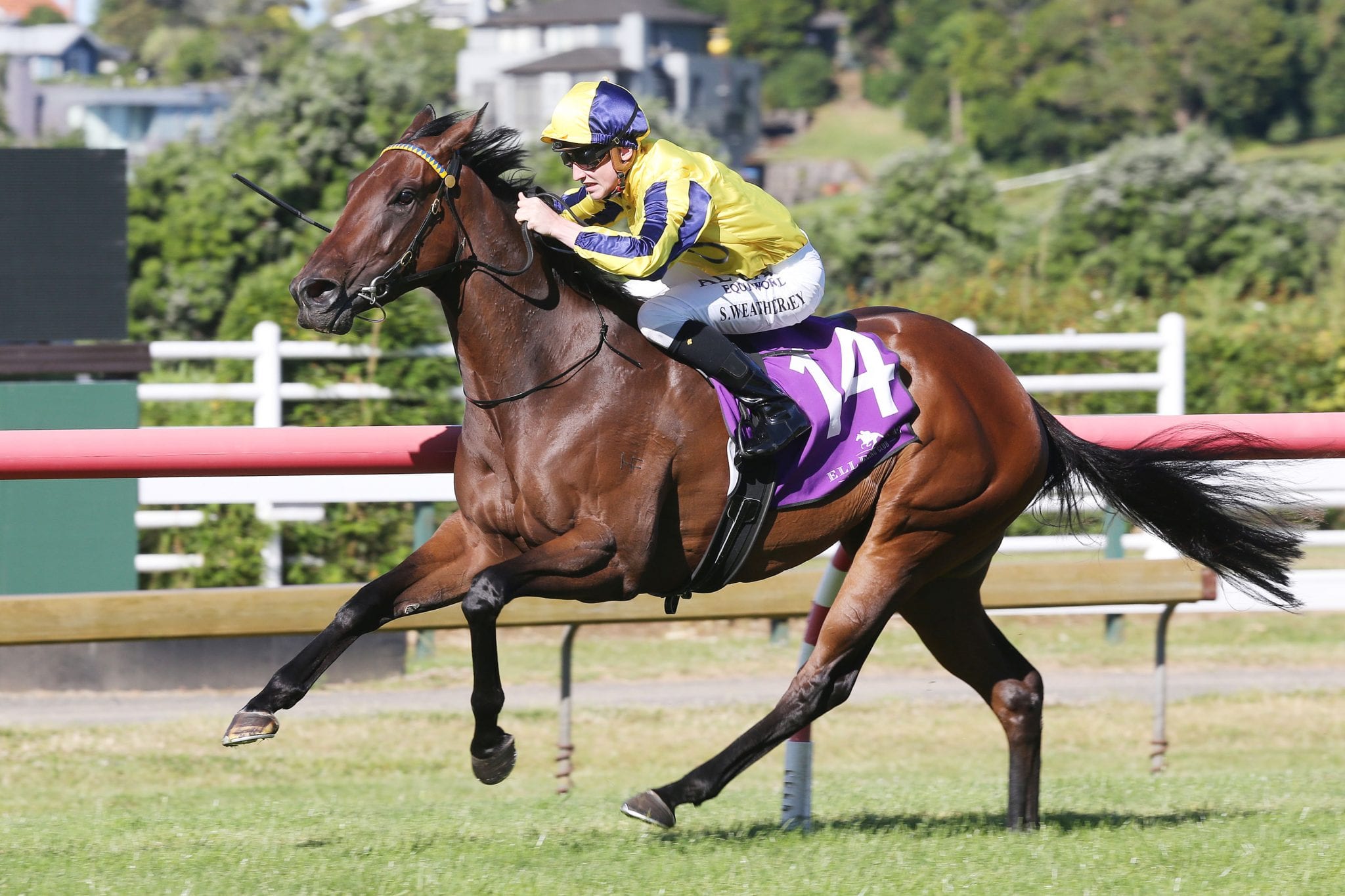 Matamata training partners Lance O’Sullivan and Andrew Scott will have just the two runners at Pukekohe on Saturday, headed by resuming speedster Princess Rihanna. The daughter of Showcasing has four wins to her name, a Group 3 placing in the Gold Trail Stakes (1200m) as a three-year-old and the short-course mare has had two trials in readiness for her resuming run in the Roger Gill Mitsubishi 1200.

“She is going to be competitive. She has done very well and looks good,” O’Sullivan said. “The key is that she gets out there, gets her breathing right and doesn’t panic, which she can the odd time, then she should be in the finish. “We are hoping there is a stakes race in her. This is going to give us some indication as to whether she is going to measure up and that’s where we are at.”

In an open contest, Princess Rihanna has been installed a +380 favourite and will have the services of Michael McNab.

Four-year-old Ocean Park mare Hibernia Sea gets a good chance to break maiden ranks and is rated a +400 chance in the Malcolm Wrigley Insurance 1300. “She has drawn out a little bit and will need a bit of luck from gate 9 and if she gets a bit of luck in the running, she will be competitive. “She has been placed a few times and she is going to get better with time, but she is a seven-start maiden.”

Meanwhile, veteran stayer Charles Road is back in New Zealand after a disappointing Sydney campaign and will contest the weight-for-age Group 3 Jarden Stakes (2000m) at Ellerslie on Melbourne Cup Day. “He has been back a couple of weeks and we will take it race by race with him. As long as he is going well, we will look at some of the Cups races with him,” O’Sullivan said.

“It is very difficult for a horse like him because he is going to be asked to carry top weight every time he goes around, just because of the lack of depth of the stayers here. “He is penalised for something that he did two or three years ago.”

Two years ago the David Archer-owned stayer ran a bold race when seventh to Cross Counter in the Melbourne Cup.

O’Sullivan also reports that three-year-old Rocket Spade will contest the Group 1 Al Basti Equiworld Dubai New Zealand 2000 Guineas (1600m) despite being beaten six lengths into fourth in the Group 2 James And Annie Sarten Memorial Stakes (1400m) won by Need I Say More. “I thought his run the other day was just fair,” O’Sullivan said. “We are going to change the gear on him a little bit and try something a bit different but off that run, he is going to have to improve. It’s a simple as that.”

Quality sprinter Spring Heat will resume in the Listed Legacy Lodge Sprint (1100m) at Te Rapa on November 7, while Summer Passage, an impressive fresh-up winner after a lengthy layoff which included a failed stallion career, will contest the Listed Haunui Farm Counties Bowl (1100m) on November 21. “We are just trying to split them all up a bit and give them their chance and hopefully when we get to the better races we have got two or three runners,” O’Sullivan said.