Wexford eyeing Sydney with Force Of Will 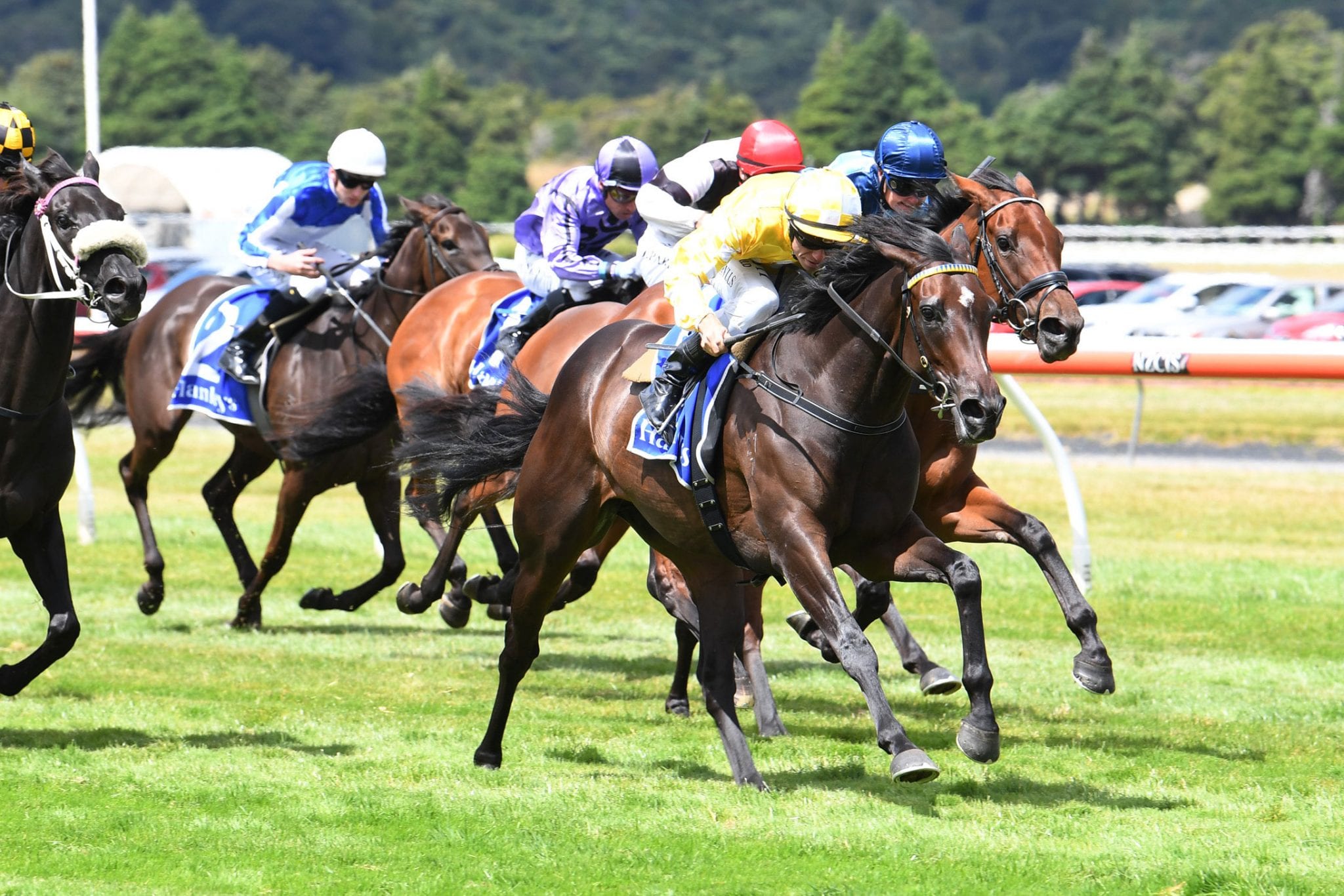 A Sydney autumn raid could still be on the cards for exciting three-year-old filly Force Of Will.

The daughter of Power was scratched from the Group 2 Waikato Guineas (2000m) earlier this month after trainers Lance O’Sullivan and Andrew Scott weren’t happy with the routine bloods taken from her a couple of days prior.

They have been happy with the way she has bounced back and a trip across the Tasman to contest the Group 1 Vinery Stud Stakes (2000m) at Rosehill on March 27 is now being favoured over the Group 1 Al Basti Equiworld Dubai New Zealand Oaks (2400m) at Trentham a week prior.

The Sir Own Glen-bred and raced filly has won three of her four starts to date, including a last start victory in the Group 3 Desert Gold Stakes (1600m) at Trentham last month.

Scott said she will have one further start over the Auckland Cup carnival, which will dictate whether she will head across the Tasman next month.

“We are heading towards the (Auckland Cup) carnival with her. Whether it is the first day or second day we are a little unsure,” he said.

“She is back on her game and had her first training gallop Tuesday, and she was back working with her normal high energy. We are really pleased with her.

“Safely through a run over the carnival, we will possibly consider running her in the Vinery in Australia.”

Meanwhile, Scott is looking forward to Saturday when Wexford Stables will have a number of chances at both Otaki and Matamata.

Group One performer Spring Heat and Group One winner Summer Passage will line-up in the Aquashield Roofing Handicap (1200m) at Otaki.

Scott is hopeful of a bold showing from both runners, with last start vanquisher Avantage vying for further Group One spoils later on the card in the El Cheapo Cars Weight-For-Age Classic (1600m).

“Spring Heat is in good order and she is going the right way,” he said. “She has had another good summer of racing and we expect another good performance from her.

“Summer Passage got caught a little wide in the Railway (Group 1, 1200m) and didn’t have a lot of luck. We are going down there pretty hopeful he will run well. His work is back to being up to his normal high standards.

“We are taking it one race at a time with them both. Their form will guide us in which direction they take.”

Scott will have a number of contenders at his home meeting at Matamata, including a few stakes chances.

Scott has been pleased with her progression and is hopeful of another good showing.

“She worked in an encouraging manner Tuesday,” he said. “She is aided by a good draw (2). She is in good condition and she comes out of quite a strong form race.

“We are under no illusion that it is going to be tough, but we would be disappointed if she didn’t run well.”

In the following race, Wexford Stables will have a two-pronged attack in the Listed Matamata Veterinary Services Kaimai Stakes (2000m) with Charles Road and Voler Pour Moi.

“It was a bit better than it looked,” he said. “His sectionals weren’t that bad, he just got run off his feet when they quickened at the 600m, and his last 200m was quite good.

“Back on his home track on a track which is going to have a bit of give in it, we are expecting him to run better.”

Scott said they have also tried adding more variety to his work in order to try and revitalise the seasoned stayer.

“We have been mixing his work up with a bit of jumping and we are hoping that will put a bit of fire in his belly,” he said.

Voler Pour Moi will head into Saturday in a fresh state after she was given a quick break following her disappointing efforts in the spring and early summer.

“She raced below her best in the early part of the summer, which is uncharacteristic of her because she is normally incredibly consistent, so we gave her a quick break,” Scott said.

“She trialled well the other day and she saves her best races for her home track and she will be a lightweight chance.”

Meanwhile, in-form gelding Intelligent Patch will likely contest the Gavelhouse.com 1400m at Matamata on Saturday, after being dual accepted for Otaki.

“He may stay local,” Scott said. “He has been training well and he certainly has gone the right way since his fresh-up win. We are expecting another competitive performance from him.”