Prezado Back In Form With Flemington Win 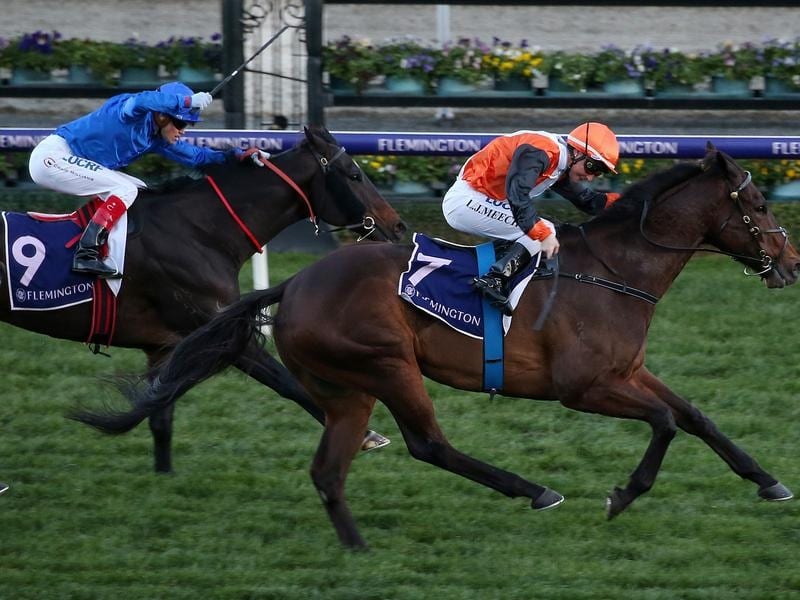 A cause of frustration to his trainers, Prezado has returned to winning form with victory on the straight track at Flemington.

Prezado looked to have a promising career in front of him when he broke his maiden status with victory at Flemington on Melbourne Cup day in 2017, but wins since have been few and far between.

Prezado went 13 months without success after his initial victory before returning to winning form at Pakenham last December.

Success in Saturday’s Stable Staff Recognition Handicap was the gelding’s third from 19 starts, taking his prize money past the $300,000 mark for trainers Mathew Ellerton and Simon Zahra.

“His win here on Melbourne Cup day looked pretty good and he had it all in front of him, but to say he’s been a frustration is an understatement,” Ellerton said.

“He’s probably his own worst enemy as he can be tardy away, but today he seemed to leave the gates well and wasn’t too far away from the speed and helped himself.

“He’s a pretty sound sort of horse so hopefully he can take a bit of confidence out of today.

“We’re relieved he got away with the win.”