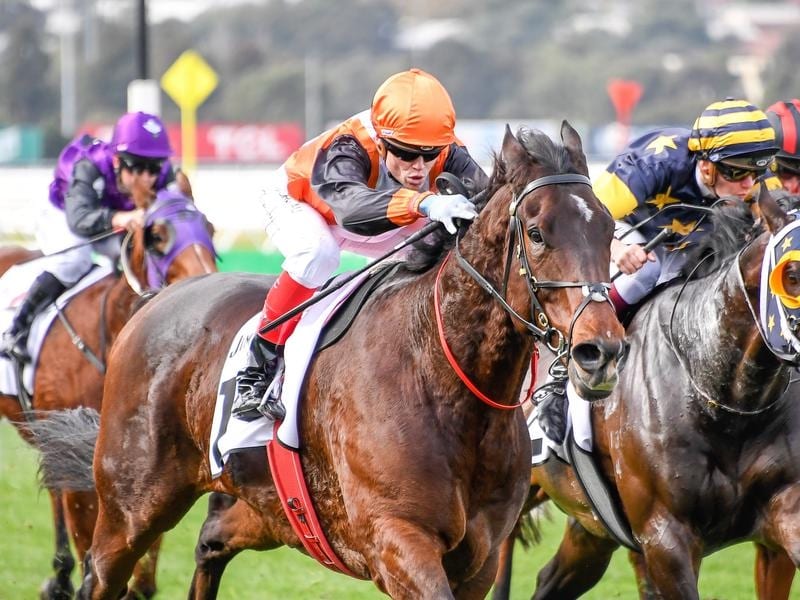 Simon Zahra is hoping sprinter Prezado can add another string to his bow by being able to win away from Flemington when he lines up at Moonee Valley.

Five of Prezado’s six wins have come at Flemington and co-trainer Zahra says future options for him are limited unless he can prove himself away from home.

Prezado’s last four runs over winter were at Flemington for a hat-trick of wins before he finished second at the final start of his campaign.

“There’s not a lot of point being a one-trick pony. Unless we can have more options we’re going to be pretty limited as to where we can take him,” Zahra said.

Zahra’s confidence that Prezado will run well in the Carlyon Stakes was given a significant boost with his effort in a Flemington jump out on Friday.

“I don’t think he’s ever gone better and also he handled the corner really well, the best he’s ever done,” Zahra said.

Preazdo has drawn barrier one and Zahra also believes the inside gate might help him.

“From that draw there’s a chance they’ll just pin him in that spot and that’ll get him around the corner,” he said.

Zahra said Prezado had handled The Valley well before, his two starts there yielding a third and an unlucky eighth.

Prezado will be ridden by Jamie Kah who has partnered him three times for two wins and a second.

“They just click. In the barrier stalls when she has ridden him, and it was the same the other day in the jump-out, he doesn’t move at all in the barrier,” Zahra said.

“Craig Williams won on him last time in and he said he played up and Daniel Moor said the same when he rode him in a jump out.”

Prezado is a $4.80 second favourite with TAB fixed odds behind $4.60 top pick Coruscate.