Pitman team hitting its straps ahead of lucrative Easter period 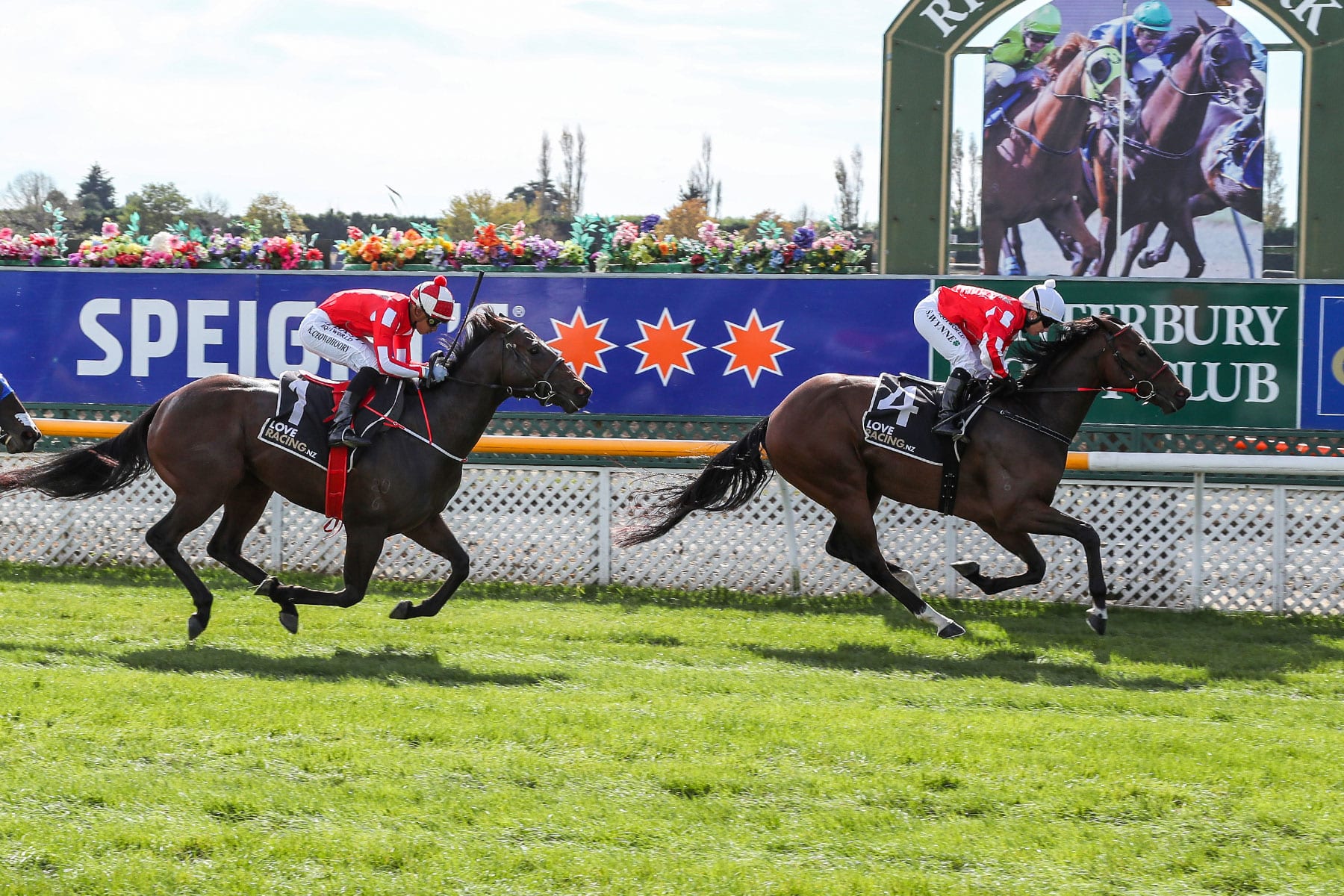 The local stable of Michael and Matthew Pitman flexed its muscles at Riccarton on Saturday, winning the first four events on the nine-race card, providing proof they will be a force to be reckoned with as Easter racing looms.

Talented four-year-old Okay Pal kicked the day off nicely when he recorded a slick 1.07.84 when defeating stablemate Golden Harvest over 1200m in race one before enigmatic mare Our Rosette stormed home to beat race favourite Rockland in race 2.

A tooth and nail struggle between promising stablemates Mackenzie Lad and Fireglow was settled in favour of the former in race 3 before Rock Sensation dominated his open class rivals over 1400m thirty minutes later.

The Pitman’s went within a short neck of talking out the day’s feature event, the Group 3 Valachi Downs South Island Thoroughbred Breeders’ Stakes (1600m), when All About Magic just failed to overhaul pacemaker Belle Fascino, however co-trainer Matthew Pitman was more than happy with how the day had panned out.

“It was a special day for us,” Pitman said. “We knew we had the team pretty right, but the key was getting back to a firm track after we had been racing on some off tracks over the summer.

“It is a massive team effort, where we have a family atmosphere amongst the whole team, so it’s great to be able to get the rewards with days like we had on Saturday.

“I don’t think it’s any secret that we like to have our team peaking around the bigger carnivals like Christchurch Cup week and Easter, where the better money is and we use them as our grand finals for members of the team.

“We’ve got about 40 in work and we’re keen to take a team to Riverton, where we have had good success in the past and then we’ll have a good crack back at home over the next few weeks.”

While reluctant to single out any of the individual winners from Saturday, Pitman was delighted to see promising sprinter Okay Pal return to form while he was also pleased with the performances of two-year-olds Mackenzie Lad and Fireglow.

“He (Okay Pal) is a horse we have always had a high opinion of,” he said. “I think I said back in November, when he won at Cup week, that we could target a race like the Telegraph (Group 1, 1200m) with him next season.

“He has won three from six but in two of the races where he failed, he had some issues with an elevated heart rate.

“He was a pretty stressy sort of horse when he was younger, but he seems to have overcome that now and when he does mature and finally grow into his frame, I think he could be right up there.

“Both of the two-year-olds are very promising types that we think have big futures ahead of them.

“Mackenzie Lad showed the benefit of raceday experience while Fireglow had more luck than his first start where he got trapped wide and didn’t really have the chance to show his best.

“At this stage they will probably go to the stakes race at Riccarton in early May (Listed Champagne Stakes, 1200m).”

The four wins lifted the Pitman partnership to third on the National Trainers’ premiership with 41 wins but well in arrears of runaway leader, Jamie Richards who sits on 133 for the season.