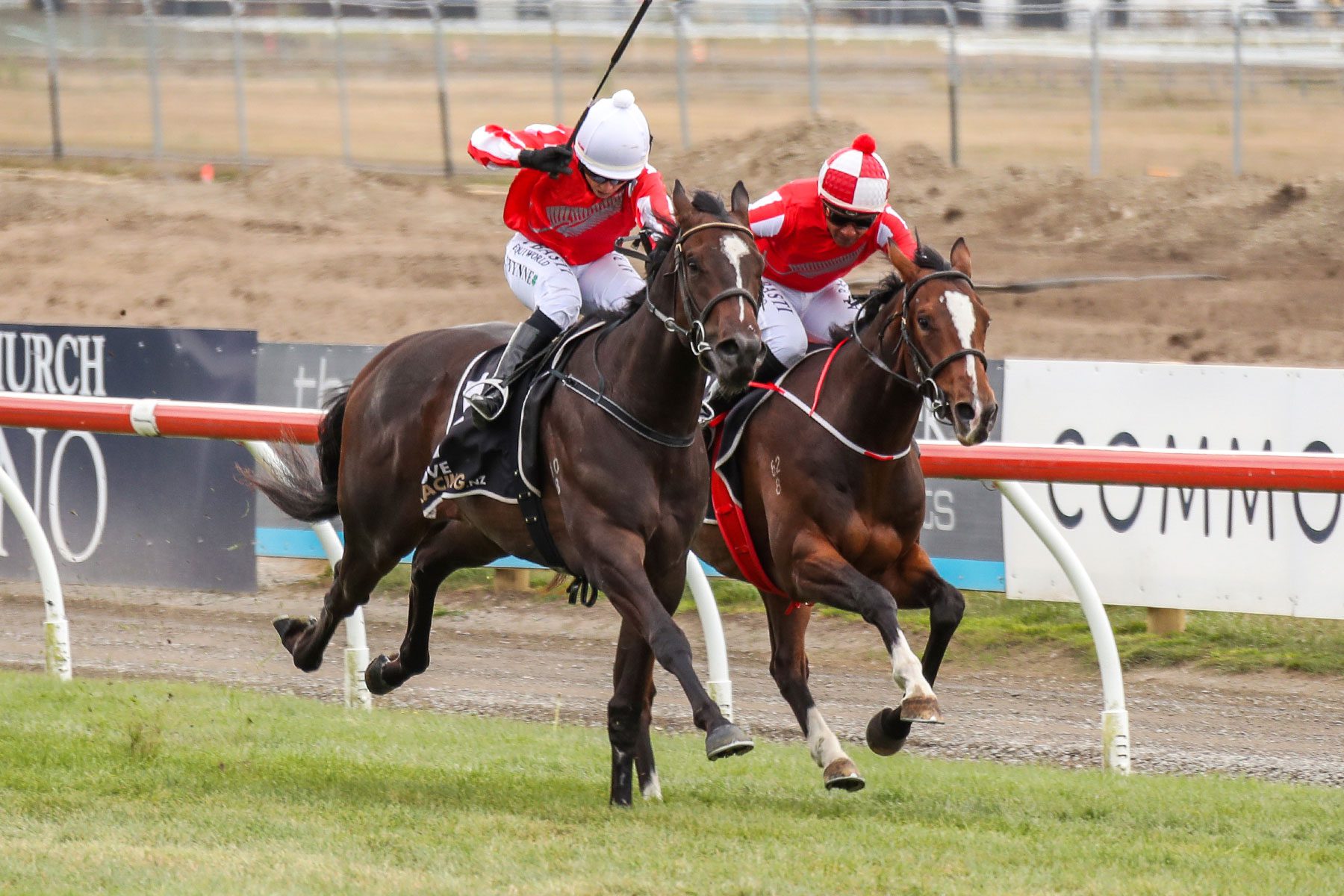 That’s the opinion of Riccarton trainer Matthew Pitman, who trains the Vespa three-year-old in partnership with his father Michael.

The Pitmans produced Marine to run a close second in last year’s War Decree Stakes before finishing third in the 2000 Guineas, his last start in New Zealand before he was sold to Hong Kong interests.

Mackenzie Lad won twice last season as a two-year-old and has finished fourth and third in two runs at three, most recently placing at the Guineas Trial (1400m) at Riccarton, a performance that greatly pleased the Pitmans.

“He’s improved through both his two first-up runs. He was drawn the outside the other day and had to do too much work early but he showed how versatile he is because he’s best put to sleep early and allowed to flash home late.

“The pattern of racing the other day was all on speed and Sam (Wynne, jockey) elected to push forward and he stuck on well for third. He’s improved with the run and he goes up to a mile which we think will suit him well. We’re really happy with him.”

Bookmakers opened Mackenzie Lad at +1300 for the War Decree Stakes, with his stablemate Fireglow at +2500 in a market headed by the first two home in the Guineas Trial, Field Of Gold at -111.11 and Noverre at +300.

“Fireglow has been a touch disappointing the last couple but Kavish (Chowdhoory, jockey) said he just got caught in a pocket the other day and he just had to chase him the whole way,” Pitman said.

“He’s followed the winner home and has hit the line reasonably strongly and he should eat up the mile too. Hopefully they can both push on to the New Zealand 2000 Guineas from here.

“Mackenzie Lad will be competitive and we think he’s ready to strike and Fireglow is still improving towards the 2000 Guineas, so they should both go well. It will give us a good line on where our two are at.”

The Pitmans have 10 runners accepted for Riccarton, with Okay Pal, Benaud and Ohio Showgirl clashing in the Canterbury Landscape Supplies 1200; Whale Song, All About Magic and Rock Sensation all contesting the Coupland’s Bakeries Mile Trial (1400m) and Tavilight and Clubcard tackling support races.

Pitman, who goes into the meeting with 399 wins to his credit – all in partnership with his dad, expected a bold run from Okay Pal.

“Everyone knows what we think of him. It was the first time he’s been beaten at Riccarton the other day but he didn’t get any favours at all,” Pitman said.

“He was a little bit slow away and then got stuck in behind them and he was just one of a number of hard luck stories in the race. My World didn’t have a lot of luck in the same race and he came out and won at Ashburton.

“Okay Pal has drawn a bit wider this week so hopefully he can get a bit more of a troublefree run this week. Benaud continues to go nice races. He won them through winter but he has stayed in work because he keeps being competitive. Ohio Showgirl goes really well fresh and she’ll have bigger targets later on but we expect a big run from her fresh.”

Pitman was pleased with his trio heading into the Coupland’s Bakeries Mile Trial.

“All three are improving, which is good with Cup week in mind. All About Magic and Whale Song have performed at Group level in the past and we think they are stronger and better this preparation.

“We’re hoping they can step back up to that level this year. Whale Song, it would be nice to target a Captain Cook Stakes (Group 1, 1600m) or a Thorndon Mile (Group 1, 1600m) later on. Rock Sensation is a horse we’ve always thought would get to open company and hopefully pick up a nice one along the way.

“They are still in the early stages of their preparations but are building nicely. We’ve also got in Tavilight, who has been knocking on the door, and Clubcard has come up well.”

One horse missing from the Pitman arsenal on Saturday is Miss Tycoon Rose, currently the +300 futures favourite for the Group 2 Coupland’s Bakeries Mile (1600m) at Riccarton on November 10.

“She’s really well. She’s galloping awesome. They opened up the new grass at Riccarton for gallops for the Group horses this morning and she was super impressive again and has pulled up really well,” Pitman said.

“She’ll push on to the Coupland’s for which she is a deserved favourite, then she can start to have a crack at those Group Ones she missed out on last season. There’s plenty for her – there’s the Captain Cook, the Thorndon, the Otaki mile and then there’s the ones for the fillies and mares after that. There’s plenty for her to attack this season. Hopefully she can be ultra competitive in the Coupland’s, which will be her next start.”