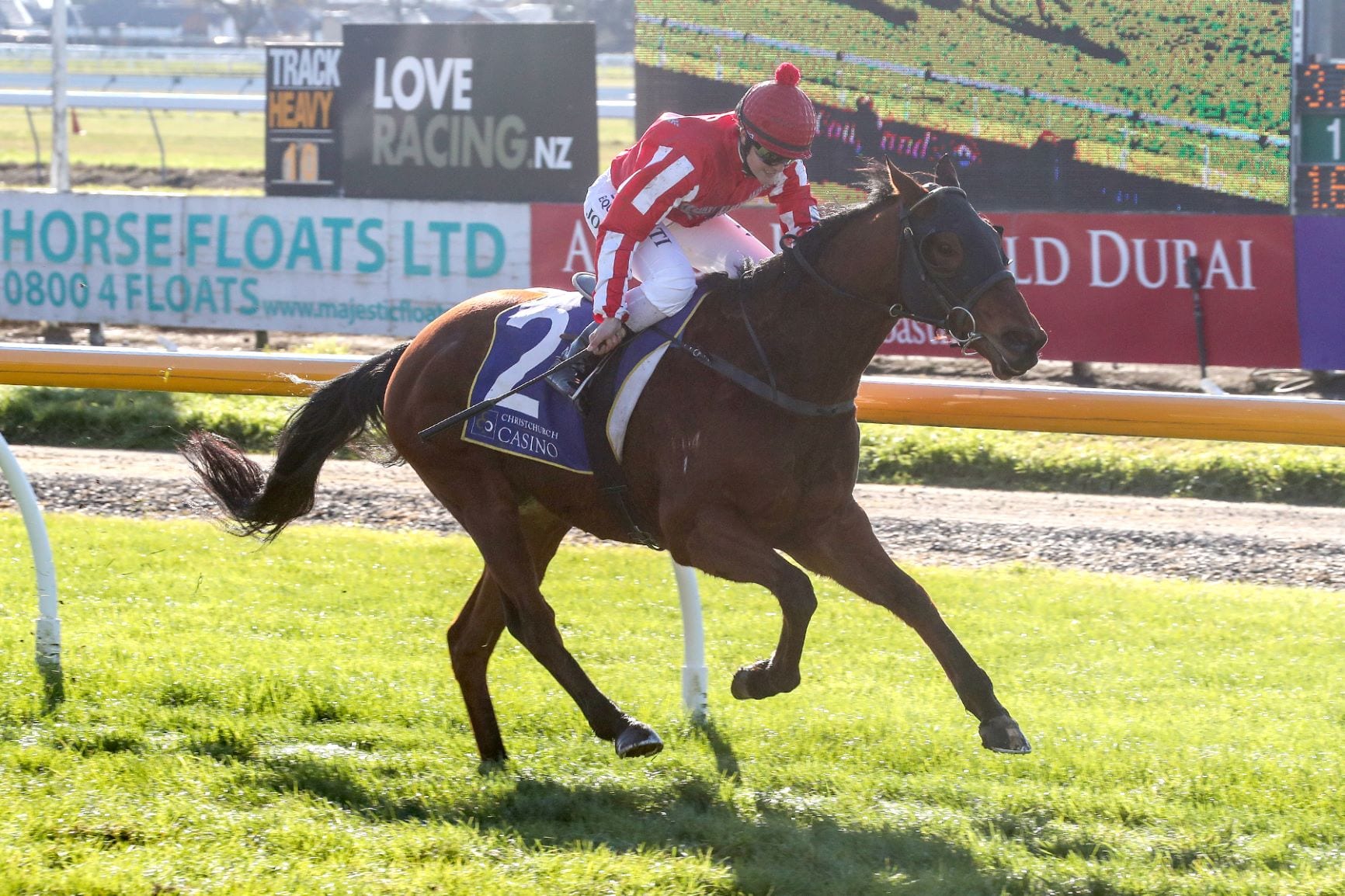 The Michael and Matthew Pitman training partnership provided one of the highlights at Riccarton on Saturday when they produced the trifecta in the sixth race on the card. Former North Island galloper Saber was back to his best as he led all the way in the 1000m dash for rider Tanya Jonker to defeat stablemates Confessional and Nellie Bly and register his eighth career victory.

The rising nine-year-old did his early racing from owner Graeme Rogerson’s Hamilton base where he was successful six times before heading south to the Pitman barn where he has proved a model of consistency, winning twice while also racking up another fourteen placings from 29 starts.

Michael Pitman had been confident of a good showing from the veteran sprinter who had finished sixth fresh-up last month. “I thought Saber would be hard to beat as he went super on the first day here last month,” he said. “I said to Tanya to lead and stay hard up against the fence, as he loves to rail and when you get to the crossing throw the kitchen sink at him. “She got a break on them and he kept going nicely for her so it was a top ride. “He’s a good honest horse who has run a lot of placings but he got his turn again today.”

The Pitman team also produced the winner of the other main sprint on the day when Turncoat out ran his rivals to score over 1200m for four-kilogram claiming apprentice Wesley Papier. “I thought he (Turncoat) looked a certainty on paper with the 4kg claim,” Pitman said. “He dropped from the 58kgs he carried when second first-up to 52.5kgs on Saturday and that made a huge difference. “He should have won first-up but he lugged in a bit so we adjusted his gear and it worked out perfectly.”

The winning double took the partnership to fourth on the national trainers’ premiership with 46 wins, just four behind the Murray Baker and Andrew Forsman stable, with Pitman keen to catch his northern rivals before the season ends. “We’re trying to catch Murray and Andrew but we might not have enough opportunities to do that,” he said. “There are a few more meetings up north than down here where we really only have one more at Riccarton and one at Timaru before the season ends.

“I was hoping they would schedule some more down here as there are plenty of horses getting balloted out, which makes it hard for us. “We’ve got a nice team going to Timaru and we will have plenty for our home meeting so we are still a chance.”

Pitman will however be without the services of one of the most promising horses in the team with rising three-year-old filly Impecunious set to leave the stable next week after being sold to clients of the Trent Busuttin and Natalie Young stable in Cranbourne. The Sacred Falls filly created a huge impression with her win over 1000m at Riccarton last month, with Pitman gutted to see her leave the stable.

“It’s very disappointing to lose one as good as her,” he said. “I’ve made no secret of the fact I think she is Group 1 quality and people who saw her win have all made similar comments. “Everything she had done was on natural ability alone and she has a massive future ahead of her so it is hard to see ones like that go.”

Impecunious is out of Zabeel mare Sheezababe who was placed in the Listed New Zealand St Leger (2500m) and is the granddaughter of Group 1 Sydney Cup (3200m) winner Honor Babe.