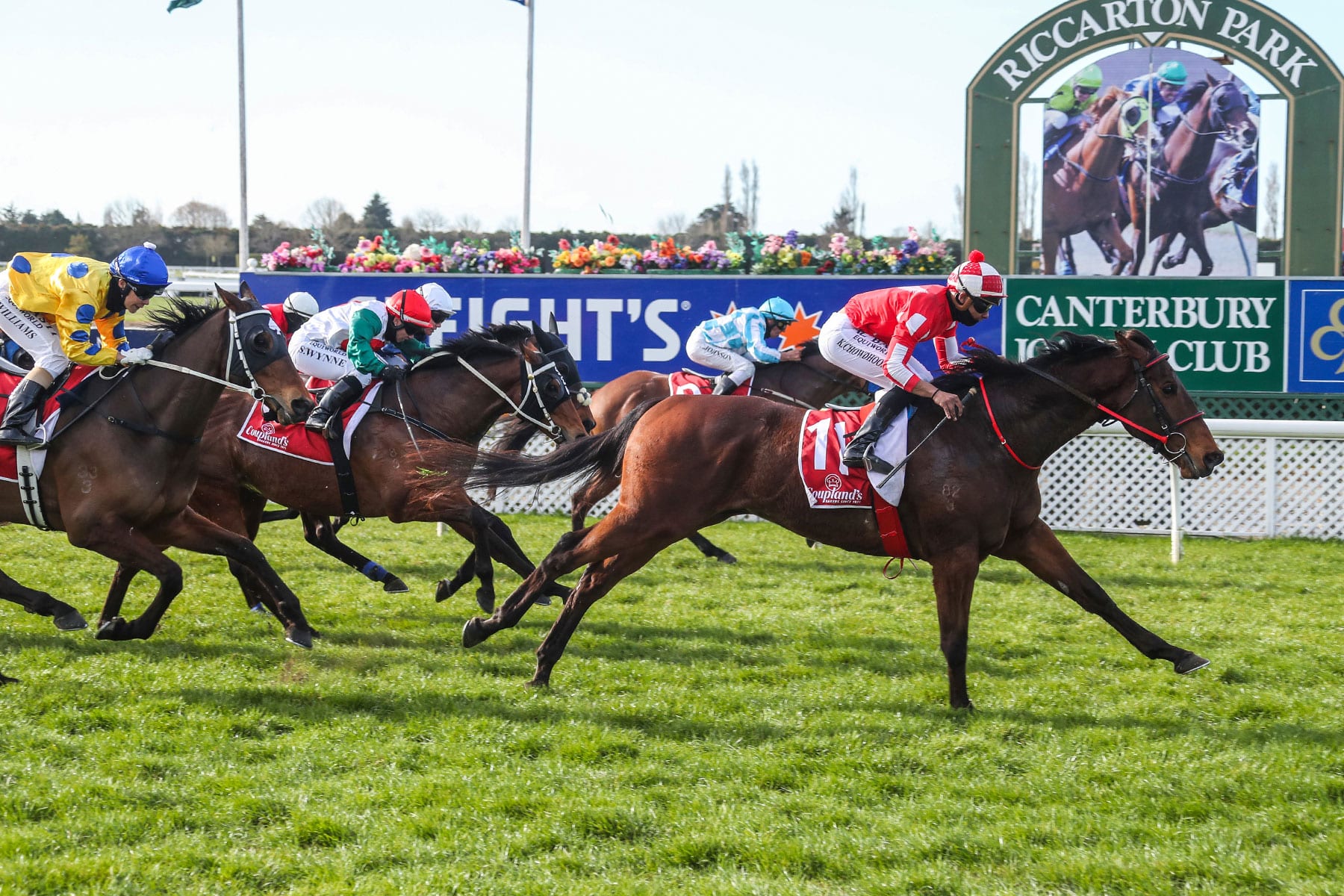 Capable galloper Carson River provided the second leg of a winning double for the Michael and Matthew Pitman training partnership at Riccarton on Saturday. The Pitman team are always well represented at their home meetings and along with wins by Carson River and maiden galloper Heartoheart, they went agonisingly close to victory on several other occasions during the day.

Swiss Ace gelding Carson River had put the writing on the wall that a win was close at hand when he stormed home for second behind class sprinter/miler He Kin Fly at his last start. A heady ride by stable apprentice Kavish Chowdhoory provided the lightly raced seven-year-old with a perfect run in transit and he utilised a powerful sprint to finish over the top of his rivals in the rating 89 1400m contest.

“He (Carson River) probably should have won last time but he is a horse that needs to ridden just the right way as he only has a short sprint,” Michael Pitman said. “Kavish is really riding well at the moment and that was an eleven out of ten effort as he was patient and had him in the right spot at just the right time. “His ride on Heartoheart was equally as good as he had her in the one out and one back position in the blink of an eye and then gave her plenty of room to get going coming to the turn. “She is a big mare that needs space and I don’t think that will be her last win.”

“If Turncoat could have held on it would have been a big day for John Carran as he shares in the ownership of Carson River as well. “I can’t believe how well the team is going at the moment as I don’t think we have ever trained as many winners as we have at this time of the year. “We have a lovely team coming up for spring racing so it is a really exciting time for us.”

Neither Pitman or his son were on course at Riccarton to see their team perform as they were representing the Pitman family at a special rugby league fixture in Christchurch that is played annually to honour the memory of Pitman’s son Jonny who sadly took his own life back in November 2013.