Pike team out in force at Ellerslie 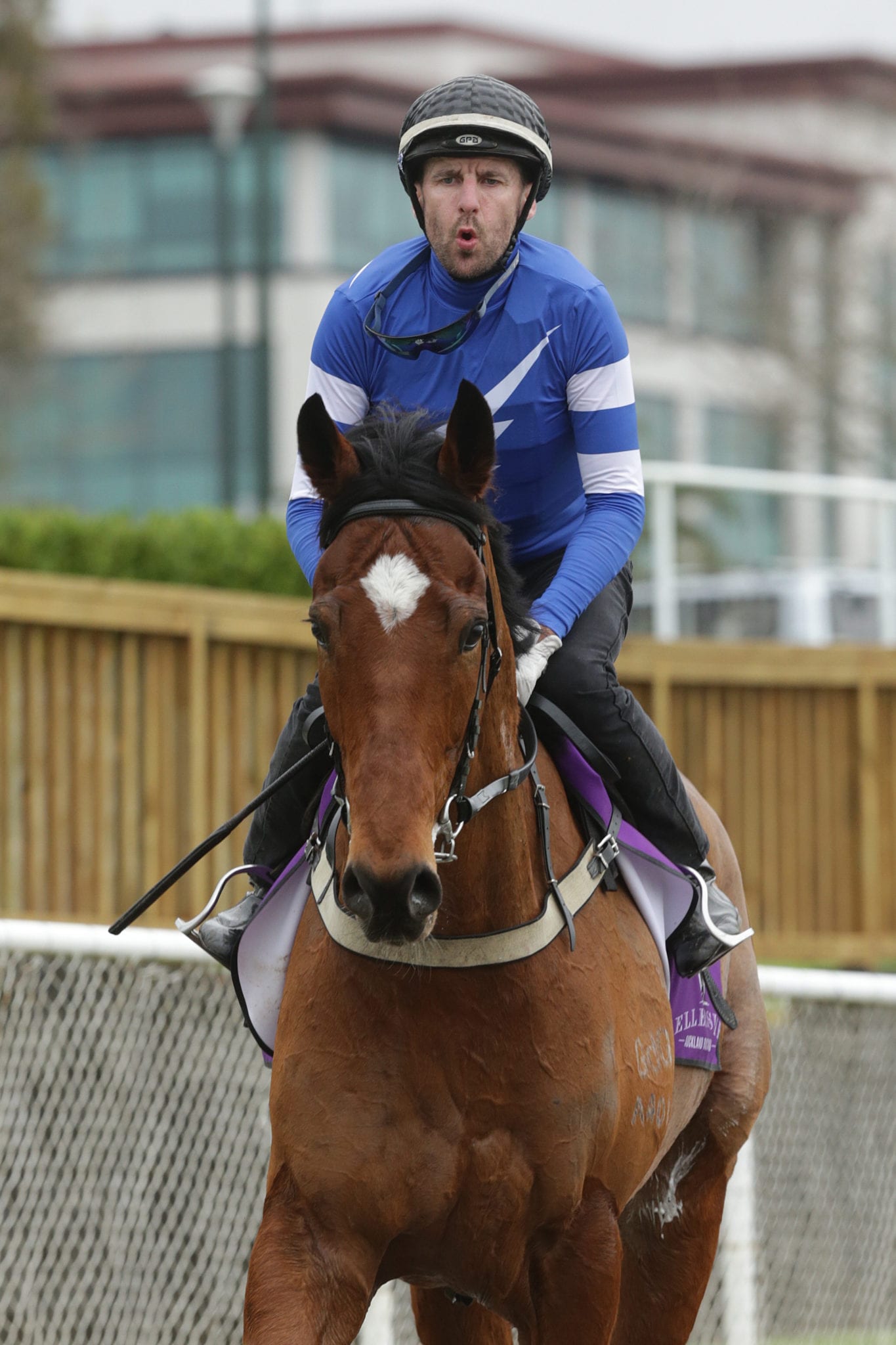 Cambridge trainer Tony Pike had a number of talented gallopers in action at the Ellerslie trials on Tuesday, including comeback galloper Sacred Elixir. The now six-year-old was retired from racing in Hong Kong after a suspensory injury, with his most recent run in November 2017.

Pike, who prepared the son of Pour Moi to win the Group 1 JJ Atkins (1600m) as a two-year-old before finishing runner-up in the Group 1 VRC Derby (2500m) is delighted to have his top-class galloper back in his Cambridge stable and was encouraged by his trial, where he finished fifth under a hold. “He wants to be here and has pulled up nice and sound after the barrier trial,” Pike said. “If we can get him back anywhere near his best form he will be super competitive.

“His trial was very promising and the vets are happy with his progress from the injury he got in Hong Kong. “From his trial and the way he has come through it there is still light at the end of the tunnel. “He showed the willingness is there and the ability is there so we are looking forward to the next couple of months with him.

“It is all pretty open ended and given he has been off the scene for three years he is probably going to need another trial and an exhibition gallop before he is ready to race. We have got plenty of time up our sleeves and the obvious targets are the Hawke’s Bay races. Probably the mile and the 2000m race would be more his go. “If we can keep him sound and he can find his form, those weight for age 2000m races at Ellerslie would be perfect for him.”

With 27 horses trialling at the Auckland track, Pike was pleased with the majority of his open class horses but also unearthed some youngsters, singling out a two-year-old by Tavistock and Brendan and Jo Lindsay-owned filly Caminata. “Probably the most impressive trial winner of the day was the Tavistock colt out of Zeranti,” he said. “We have always had a big opinion of him and he hated the track today but still put a big gap in them and he could be a Guineas horse in the spring.”

Pike is looking forward to campaigning a team across the Tasman this spring and as President of the New Zealand Trainers Association met with a number of his colleagues to discuss the logistics of sending staff to Australia in the unique and ever-changing climate at present. “It is all very up in the air as to whether we can get staff over there but we will be making an application through Racing Australia as a group and we have put forth the names of the staff that we are looking at dispensation for and it is up to immigration in Australia,” Pike said.

“They will have to stay in quarantine for 14 days before the horses arrive which is a bit of a hassle but I think most people are willing to do that to get their horses over to Sydney and Melbourne for the upcoming carnivals.”

Multiple Group 1 winning sprinter The Bostonian will head Pike’s travelling team and he expects to have a few travelling mates. “I’m rapt with the way The Bostonian has come back,” he said. “He is probably going to trial on the 28th of July and we are looking to kick off in the Winx Stakes (Group 1, 1400m) in August. “It is coming up fairly quickly so we are trying to get ourselves organised to get over there with him and a couple of others sooner rather than later.

“At this stage Catalyst will travel with us, Clayton Chipperfield will probably struggle to get over there with the COVID restrictions so Rick Williams of The Oaks Stud approached us to babysit him on the trip over to Sydney. His target is the Golden Eagle so he will be a nice addition to the team. “We have two or three nice graded horses and if they trial up well enough they will head over at some stage in September as well.

“We are going to go through the programs and see how the travel arrangements are before we get too carried away but possibly a filly like Kali and Brahma Sunset are the sort of horses that are mid 60 ratings that we think are above average and might slot in nicely to midweek Sydney races and possibly progress to Saturday class horses. There is not that much in New Zealand once they turn four for those horses coming through the grades.”