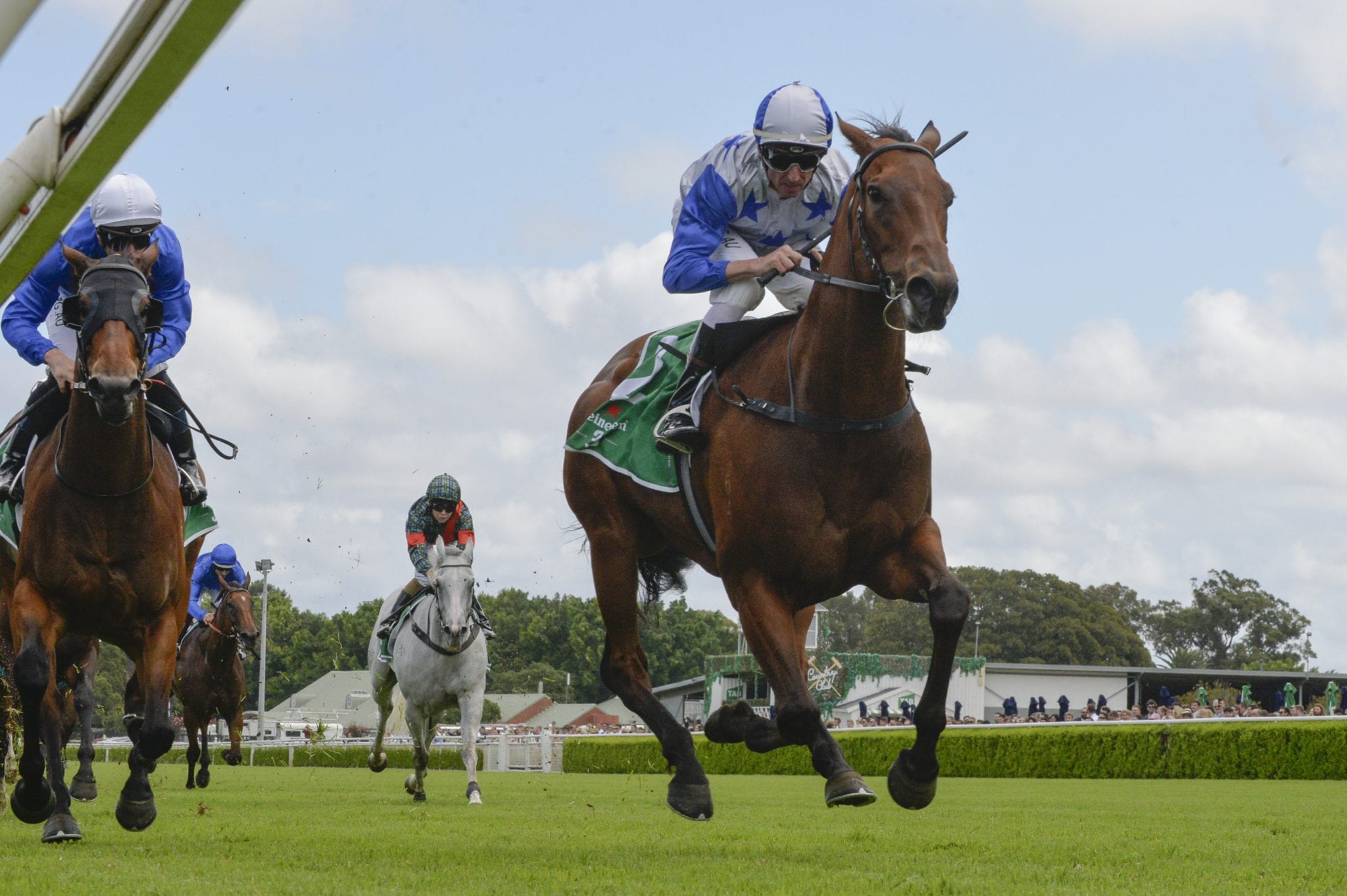 The six-year-old worked hard to sit in the trail behind a slick pace during the race and briefly hit the front shortly after turning for home. The early exertions took their toll as he hit the wall shortly afterwards before battling on bravely into seventh behind fellow Kiwi-bred Verry Elleegant.

“I was happy with his run as he followed such a hot speed it told on him over the closing stages, going 1400m first-up,” Pike said. “I got the sectionals sent to me last night and they were going pretty quick early on and most of those who were up there around him dropped out to the tail in the straight. “He looked like he was going to burst away at the top of the straight but he probably just plateaued out after peaking in the last furlong. “He will improve a heap off that, so I don’t think he was disgraced by any means.”

Pike will now sit down with owner David Archer to map out a plan for the multiple Group 1 winner, although he doesn’t really have a preference for where he goes next. “We’ll press on from here once I have worked it out with David as there are three or four paths we can take,” he said. “There is the Chelmsford Stakes (Group 2, 1600m) in a fortnight and then the George Main Stakes (Group 1. 1600m) two weeks after that or there are some shorter sprinting options later on.

“We don’t really have a major target as the money we are racing for in these types of races is so good, winning just one of them would be very worthwhile.” Pike is also looking forward to stable foreman Chris McNab exiting the mandatory quarantine period in Sydney later next week so he can take over looking after the Pike team that will be boosted by the arrival of progressive stayer River Run and star four-year-old Catalyst shortly. “Chris comes out of quarantine next Friday as he knows our horses well,” he said.

“The Bostonian is at Bjorn Baker’s at the moment but when Chris is available, he will take him to our Rosehill base. “River Run and Catalyst will hopefully join them on the 31st. “River Run is nicely rated for Sydney racing so I had a chat with his owners and we made the decision to send him over. If he could pick up a couple of Saturday wins it would make it very worthwhile. “We will also be looking after Catalyst for Rick Williams and Dick Karreman with Clayton (Chipperfield) not being able to travel so it would be good to get him over there and pull off one of the big races for them.”

Pike was also delighted with the performance of several of his stable stars during their trial efforts in the past fortnight, including last season’s Group 1 New Zealand Derby (2400m) winner Sherwood Forest and Group 1 New Zealand 1000 Guineas (1600m) winner Loire. “Sherwood Forest was good over the 1025m at Te Teko,” he said. “He wobbled around the final corner like he does going right-handed, but the last bit of the trial and past the post was super.

“We’ll work out where the trials are going to be in the next little while but if that doesn’t suit, he and Loire may go to Tauranga on Saturday for an exhibition gallop together. “I’m leaning towards Loire going first up into the Tarzino Trophy (Group 1, 1400m) at Hastings next month while Sherwood Forest will most likely go to Ellerslie on the 12th for an open 1400m and then head to Hawkes’ Bay for the last two days of their carnival.”