Queensland feature next for Not An Option 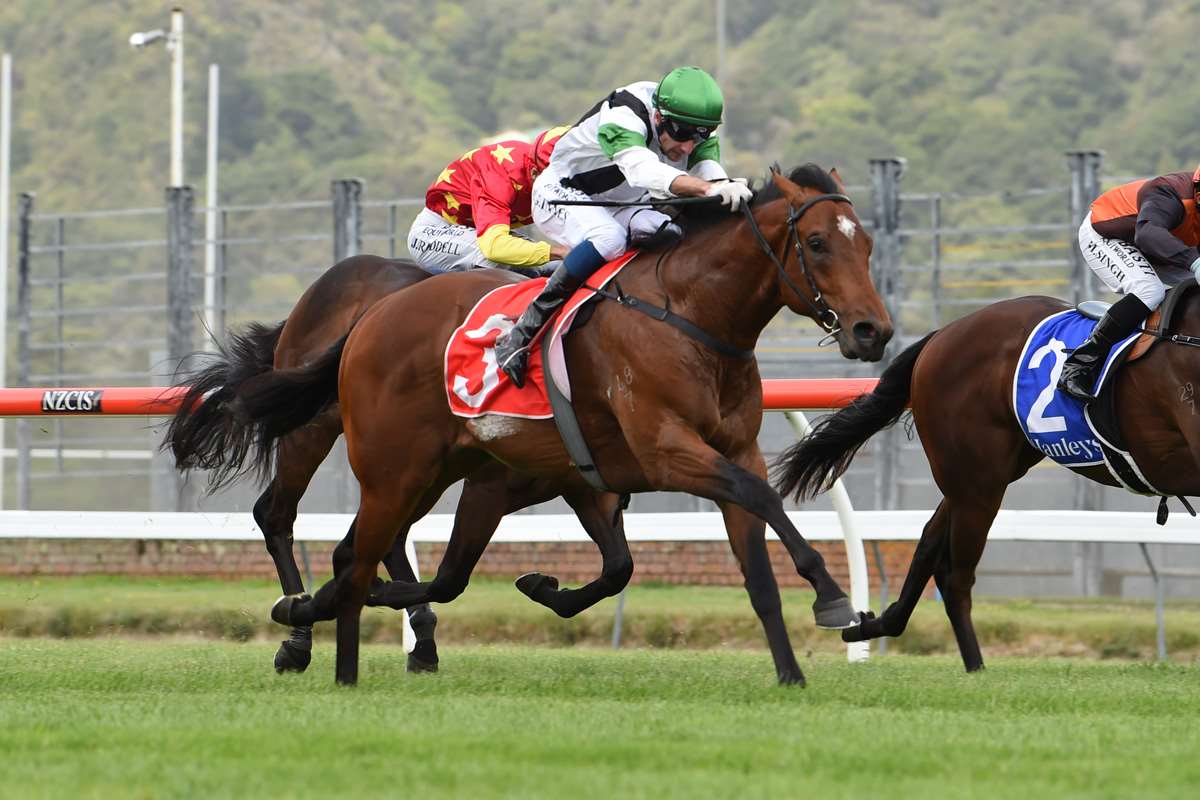 After watching runners struggle through the testing track conditions in the first race at Randwick on Saturday Kiwi trainer Tony Pike was relieved the decision had been made to scratch the promising two-year-old Not An Option from his planned assignment on the day.

Temporarily in the care of Rosehill trainers Richard and Michael Freedman due to the current Covid- 9 inspired conditions that restrict Pike from travelling to Australia, the Not A Single Doubt colt was set to have his first run back after a brief freshen up on Saturday but Pike was pleased the colt avoided a gutbuster before embarking on a hit and run raid to Queensland in a fortnight.

The Group 1 JJ Atkins (1400m) is the main assignment for Not An Option who will now trial before venturing north for the juvenile feature at Eagle Farm on June 6. “A heavy track and carrying 60kgs wasn’t ideal for him, so after watching the first race I was happy he didn’t run,” Pike said.

“He will go to the trials at Canterbury next Friday instead and if he goes well then he will head to Brisbane for the JJ Atkins. “We will probably put the blinkers on him and the 1400m at Eagle Farm will be perfect for him. “He’s had a ten-day break and a little freshen up and from what we have seen he should be very competitive.”

While Not An Option will represent Pike in Queensland this year, one of his stars from last year’s Brisbane Winter Carnival will be a notable absentee. The Bostonian took out consecutive Group 1 events last season with victories in the Doomben 10,000 (1200m) and the Kingsford-Smith Cup (1300m) but is currently easing his way back into stable life after returning from a successful Sydney autumn campaign recently.

“We thought we’d give him (The Bostonian) a break after his Sydney efforts so he spelled over there and then came home on the first flight back once the travel restrictions were eased,” Pike said. “He’s back in work now and I’ll be talking with his owner about plans for him once we see how he is coming up. “There are some races back in Sydney for him later on in August including the Winx Stakes (Group 1, 1400m).”

Pike also reported that Group 1 New Zealand Derby (2400m) winner Sherwood Forest had enjoyed time in the spelling paddock in Sydney and would return to New Zealand in the next couple of weeks before being eased back into training with a light spring campaign in mind.

Like most New Zealand trainers Pike is currently working to get his team together for the restart of racing with up to twenty horses set to be back in action once racing kicks off in July. “We are likely to have quite a few horses ready to race when we get started again,” he said. “Often we haven’t had many at this time of the year as they have raced through the months we were in lockdown but this time they have had a break so we are likely to have a number of runners ready to kick off again.”

Included amongst those back in work are quality three-year-olds Loire and Kali who could both be seen in Australia during the spring depending on the progress they make and the options available to them locally.