Per Incanto’s daughter a popular mare 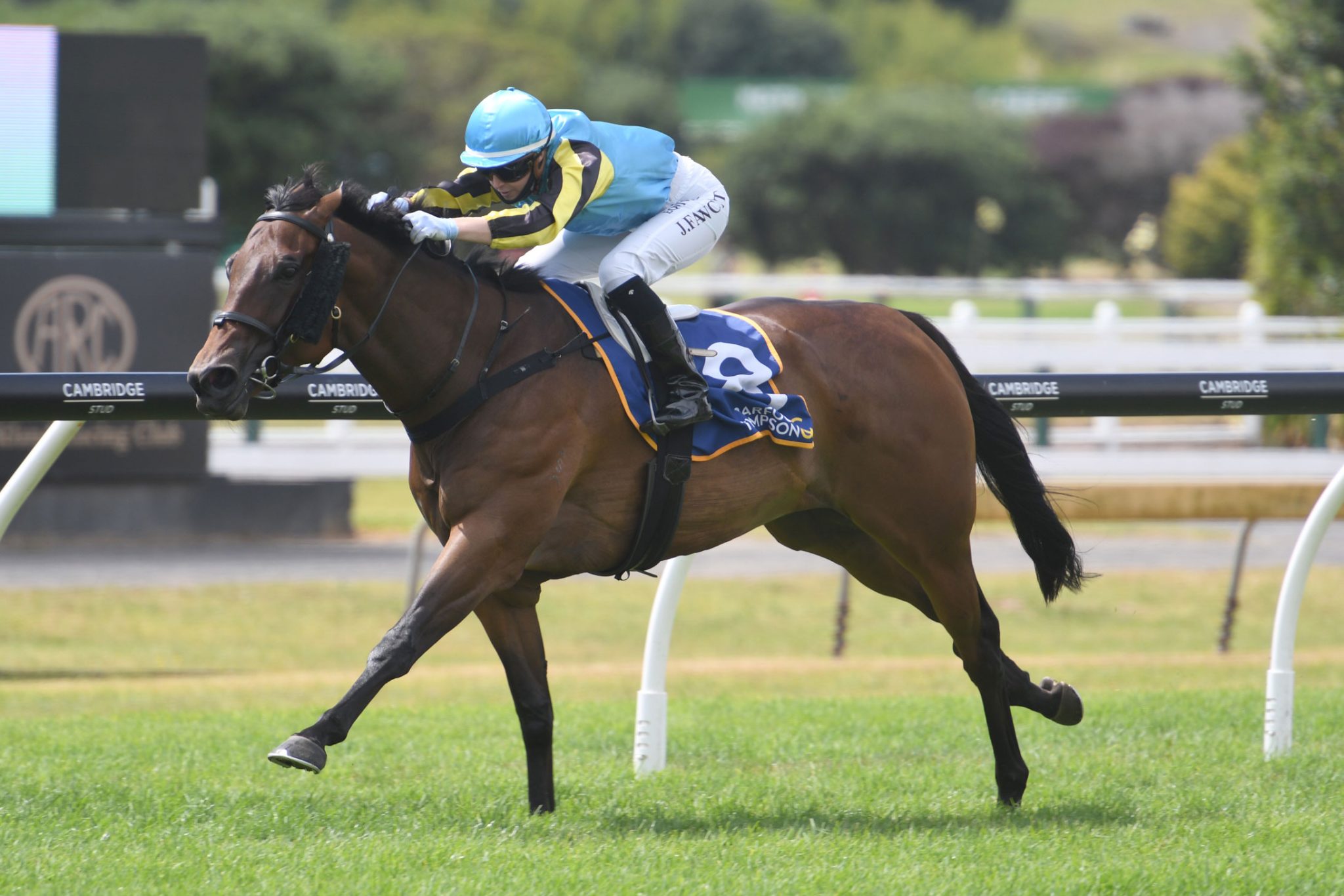 New Zealand mare, One More Time, has changed hands three times already and was the subject of further buyer interest in the lead-up to her impressive last-start open handicap victory at Ellerslie.

The four-year-old was on a quick back-up on Sunday, having finished sixth in the Group 3 King’s Plate (1200m) the previous weekend after going back from a wide gate, and jumped well to make much of the running over 1400m and kicked away to score with authority.

One More Time has now won four of her 12 starts and three out of the last six, as well as a third placing in the Group 2 Westbury Classic (1400m), since joining Stephen Ralph’s stable.

“Agent Phill Cataldo had a buyer for her and the owners said they weren’t interested and they doubled the offer, but they decided to race her on Sunday and she got the job done,” Ralph said.

“We felt she was denied a winning chance in the King’s Plate. Jasmine (Fawcett, jockey) decided not to go forward and she posted the quickest last 800m, but she had too much ground to make up.

“She flew the gates yesterday for Jasmine and no-one wanted to lead so she led by default and we think she will be even better taking a sit.”

Raced by Stuart and Cherie Hope, One More Time is by Per Incanto, a stallion whose profile was further lifted by the victory of Roch ‘N’ Horse in Saturday’s Group 1 Newmarket Handicap (1200m) at Flemington.

“She’s a four-year-old and we firmly believe the Per Incanto’s get better with time and feel she will get stronger and faster,” Ralph said. “I don’t think the owners will sell.”

One More Time was initially sold for NZD$52,500 when offered by Seaton Park at New Zealand Bloodstock’s National Yearling Sale and then purchased out of Prima Park’s Ready to Run Sale draft by trainer Roger James for NZD$60,000.

She was a debut winner for James and Robert Wellwood before mixing her form and she was subsequently offered for sale via the gavelhouse.com platform.

“The principal owner in the syndicate wanted to move her on and the fairest way was to put her on gavelhouse, which they did,” Ralph said.

“My owners bought her for NZD$10,100, but there was a glitch that night and a number of horses were affected so the vendors were asked to put them up again a fortnight later.

One More Time is likely to make her next appearance in the Listed Bramco Granite & Marble Flying Stakes (1400m) at Awapuni on April 2.

Santa Monica was subsequently sold for AUD$600,000 to Spendthrift at the Gold Coast Sale and the Hopes continue to breed from her dam Monarch.

Among them are One More Time’s stablemates Monaco, who has won six races, and three-time winner Montana Mist, who was third at Ellerslie on Sunday while Monique Tonnerre, by Ralph’s stakes-winning Street Sense stallion Thunder Down Under, will make her debut at Matamata on Wednesday in the Tirau Veterinary Centre 2YO (1200m).

“It is a very, very good family and this filly did beat (race rival) Andalus at the trials at Te Rapa. I know it was only a trial, but they’ve still got to do it,” Ralph said.

Monique Tonnerre will be Thunder Down Under’s second runner following the Ralph-trained Feel The Thunder, who placed in one of her three spring appearances.

“She ran extremely well and is a beautiful filly, we really like Thunder Down Under and he has one of the best pedigrees in New Zealand,” he said.