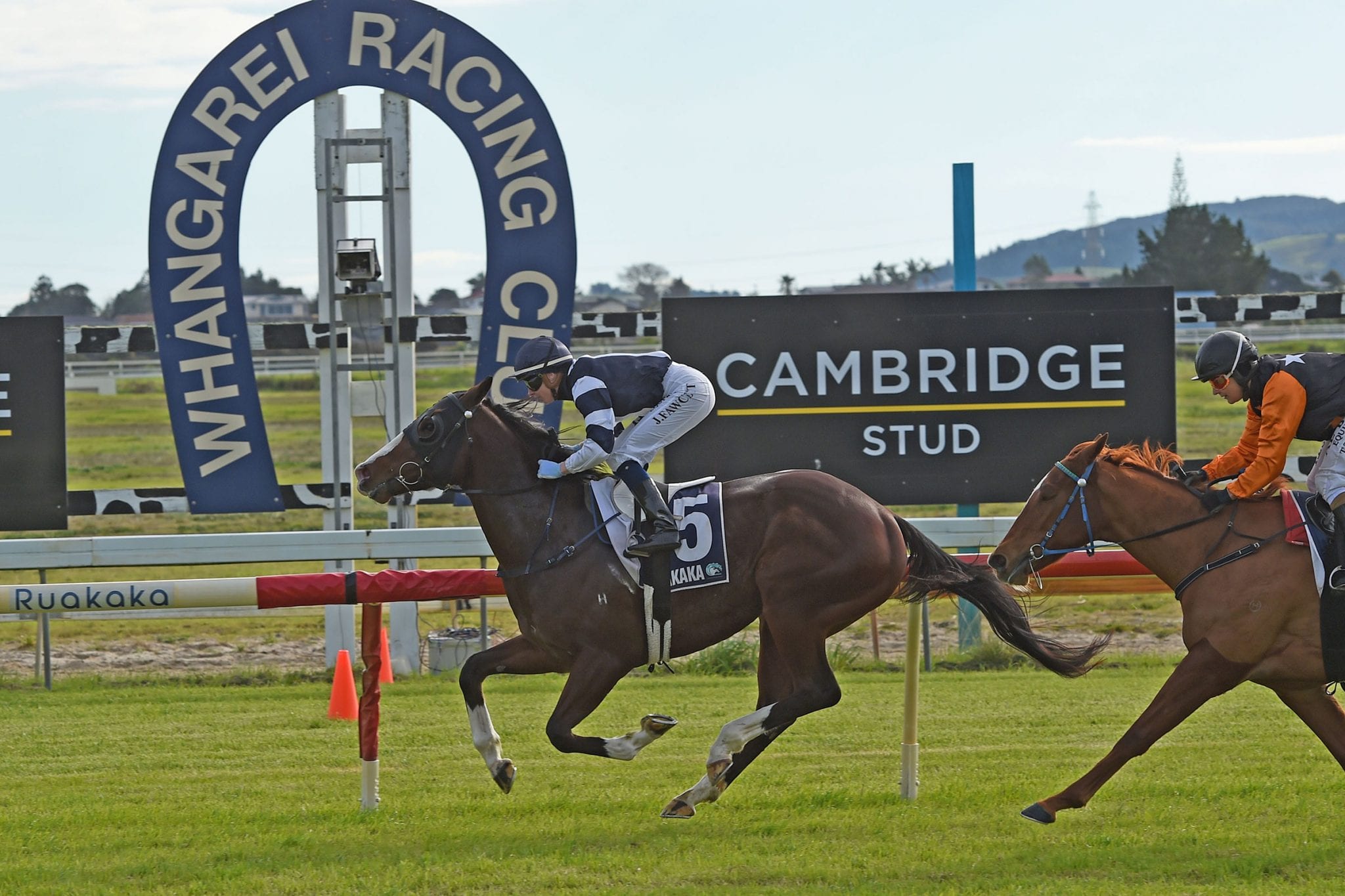 New Zealand trainer Anthony Burton made a successful return to the Ruakaka racing ranks when he produced exciting two-year-old colt Tsunami Sam to win on debut at his local meeting on Saturday.

Burton, who spent 17 years working for former Ruakaka and now Singapore-based trainer Donna Logan, took up his own license shortly after relocating south to Invercargill to be closer to his partners’ family during the late stages of her pregnancy.

Burton met with some success including producing hardy stayer Beam Me Up Scotty to win at Riverton back in April.

A return to Northland was always on the cards however and the family made the move in May with Burton settling in at his new Ruakaka base with a team of ten horses in work including Tsunami Sam.

An impressive trial win by three lengths at Avondale saw plenty of expectations loaded on the shoulders of Burton and his son of Shamexpress on debut and they passed with flying colours as the rangy colt led all the way for rider Jasmine Fawcett to record an impressive victory over the 1100m journey.

“I think I’m actually more relieved than anything else as the pressure was on,” Burton said.

“He had won two trials impressively so there were plenty of expectations on him despite facing a field that included some race winners.

“We had been planning to take a sit behind the speed, but as it panned out, he would have been stuck out three wide, so Jasmine used her head and went forward on him, which proved to be the winning move.

“In the end he did it quite easily, so you would hope he has a bit of a future in front of him.”

The victory was a family affair for Burton who shares in the ownership with his cousin Darren Smith and his wife Jasmine along with Debbie Deegan, after Smith outlaid $12,000 during the Book 2 sale at Karaka in 2020 to purchase him from the Milan Park draft.

“It’s great to be able to get that win and especially for the family with Darren and Jasmine part of the ownership group,” he said.

“I would expect the phone will start ringing with potential sale offers which we will have to take a look at, but I’m hoping we can hang on to him a little longer as I would love to have a crack at the Northland Breeders’ Stakes with him on our home track.”

The Group 3 Cambridge Stud Northland Breeders’ Stakes (1200m) is the feature event at Ruakaka on August 21.

Tsunami Sam is out of the Savabeel mare Row Of Diamonds and comes from an extended family that includes Group One winners Sacred Star, Diademe and Cambridge Stud-based stallion Embellish.