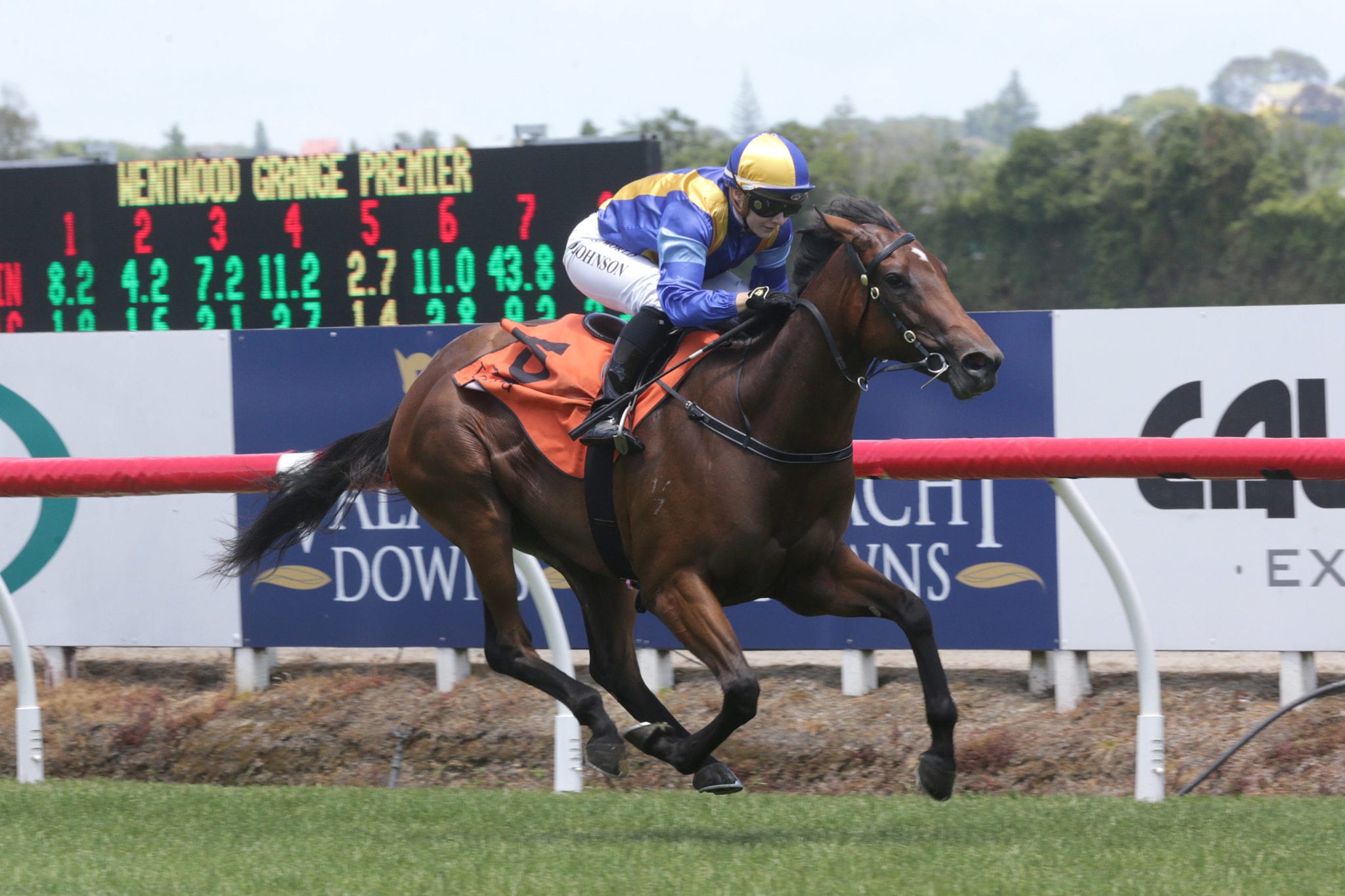 Te Rapa winner American Princess is likely to be put aside for a short break as her trainers Murray Baker and Andrew Forsman look ahead to some of the late summer two-year-old features with the impressive debutant. An eye-catching win at the Cambridge trials last moth saw punters install the Jimmy Choux filly as a warm favourite for Saturday’s Wentwood Grange Premier (1200m) and she didn’t disappoint as she overcame a chequered path in the home straight to register a dominant two and a quarter-length victory.

Raced by a syndicate that includes her breeders, Peter and Sue Cowley, American Princess is the first foal of well-performed Guillotine mare Steel Rose, who won the corresponding race at the meeting back in 2013, when it carried Listed status, before going on to win the Group 2 Wakefield Challenge Stakes (1200m) while she also finished second in the Group 2 Matamata Breeders’ Stakes (1200m).

“We’ve liked her since she first entered the stable and we had been expecting a good run from her,” co-trainer Andrew Forsman said. “Peter and Sue called us and asked if we would take her and she has fitted into the stable life really well. “She had shown up in jumpouts at home and her trial win was very good. “She’s a pretty sensible filly with a really nice turn of foot. “She wasn’t that quick out of the barriers but Danielle (Johnson, jockey) didn’t panic and got on the back of one that carried her into the race and she did it well in the end.”

The Matamata Breeders’ Stakes in February is a possible target for American Princess who is likely to head to the spelling paddock for a short break. “It is tempting to maybe go back to the well one more time but I think she will most likely have some time off now,” Forsman said. “She isn’t Karaka Million eligible so some of those late summer and autumn two-year-old features are the focus. “She is pretty professional so a race like the Breeders’ Stakes at Matamata is an obvious target for her.”

The Baker-Forsman team finished off the day well with Crafty Jess scoring over 1600m in the last race on the day but had no luck at Awapuni with Group 3 Eulogy Stakes (1600m) candidate Showbeel, who was one of two runners who held up proceedings when she needed farrier work at the start after casting a plate.

“The delay at Awapuni really cost us as we knew there would be no speed in the race and wanted to race handy with Showbeel but she missed away slightly and got further back than we wanted,” Forsman said. “She just couldn’t sprint when they took off in the straight but she closed it off very nicely to finish third and showed she wants further than the 1600m. “She’s nominated for the New Zealand Oaks (Group 1, 2400m), so we will be looking to get her over further from now on.”