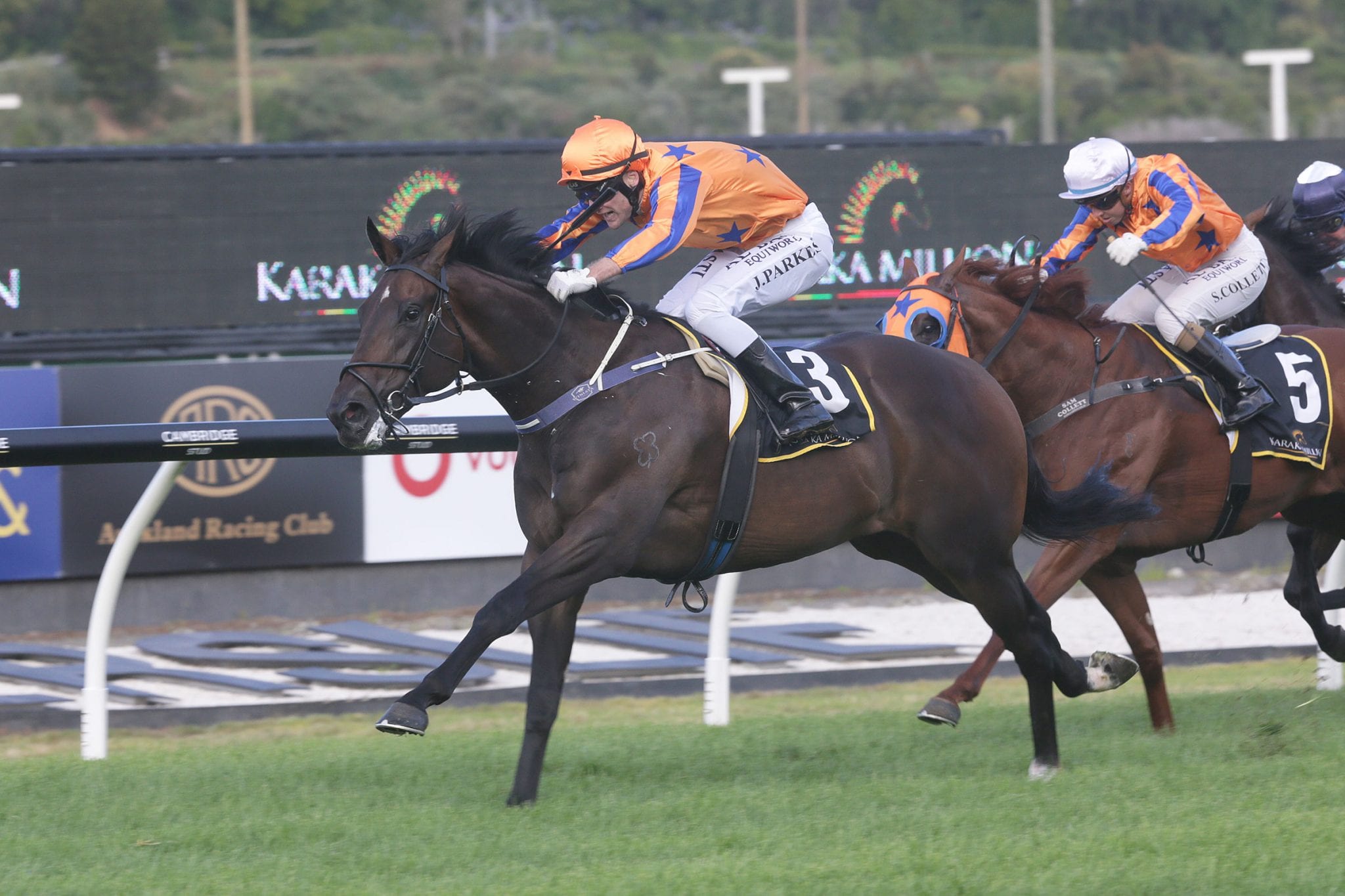 Star Central Districts jockey Johnathan Parkes is happy to be back.

The 32-year-old Wanganui rider had been off the scene since he broke his collarbone when his mount Cutting Up Rough was brought down at Te Rapa on May 8.

Parkes took four rides at Waverley on Friday and has three rides at Awapuni on Saturday.

“I’ve just taken a few heavier rides but I was just wanting to get back out there and build fitness for next season,” Parkes said.

“I rode at the trials on Tuesday and my shoulder felt pretty good. I only got my clearance last week but from the trackwork and trials I’ve ridden, it’s held up pretty well.

“I’ve done plenty of work in the gym but you can’t beat raceday riding for fitness.”

The Lisa Latta-trained Rock Island Line ran home strongly for second at Hastings last week, while TAB bookmakers have made both the Kevin Gray-trained Jackaroo and the Kylie Little-trained Red Inferno favourites for their races.

“They should all go well. I’m just looking forward to getting back out there,” Parkes said.

Despite the late season injury, Parkes has enjoyed a fruitful season, winning the $1 million Karaka Million (1200m) at Ellerslie and Group 1 Manawatu Sires’ Produce Stakes (1400m) at Awapuni on the Jamie Richards-trained On The Bubbles and guiding the Bill Pomare-trained Ocean Billy to Group 1 Auckland Cup (3200m) success at Ellerslie in March.

“I’m happy with the season overall. I got to ride some pretty smart horses like Ocean Billy and On The Bubbles. I was lucky to get on some nice horses throughout the season and I’m hoping to do the same for next season,” he said.

Another milestone on Parkes’ radar is 1000 wins in New Zealand, which is just 48 wins away.