Latta taking a wait and see approach with filly 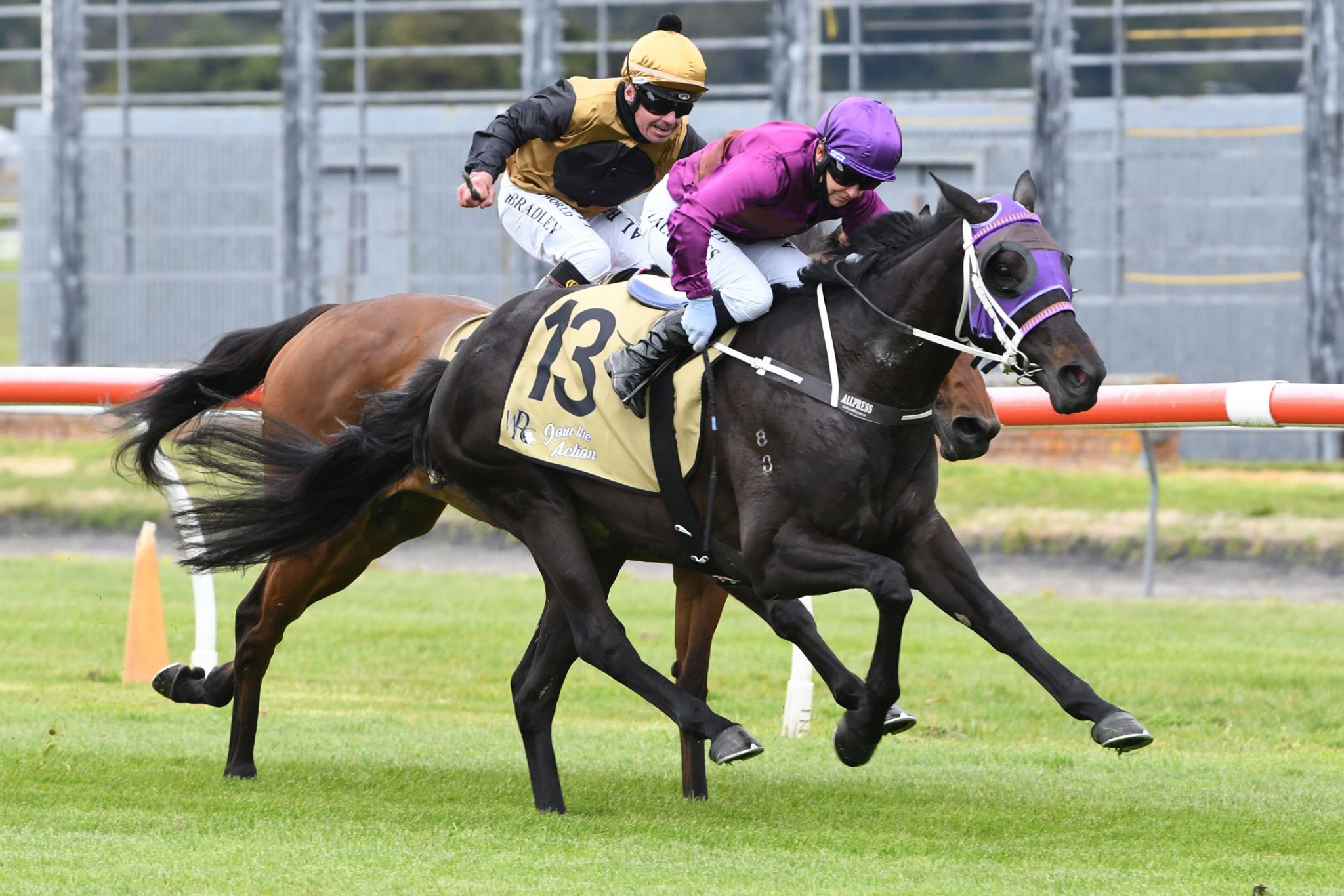 Awapuni trainer Lisa Latta is waiting to see what horses remain in the Group 1 Barneswood Farm New Zealand 1000 Guineas (1600m) before deciding whether to take Platinum Machine south to Riccarton for the race.

Platinum Machine produced a stylish effort to break maiden status against older horses in the Hiremaster 1600 at Trentham on Sunday, rounding up her opponents approaching the turn and winning by a comfortable half length.

The victory in the hands of Lisa Allpress followed second placings at Awapuni and Waverley.

“I’ve always had a fair bit of time for her,” Latta said.

“She hasn’t always had all favours go her way but she broke through nicely on Sunday.”

Latta has not been scared to take on better opposition with Platinum Machine, finishing fifth in the Listed Castletown Stakes (1200m) in June and then 12th in Group 3 Gold Trail Stakes (1200m) at her first three-year-old start in September.

Platinum Machine is nominated for the New Zealand 1000 Guineas on November 13, but Latta said she hasn’t made a decision on whether to head to Riccarton as yet.

“For the fillies, just to run in the first three adds so much to their value,” Latta said.

“We’re just going to play it by ear and see what stays in and what comes out and not make a decision until later in the week.”

Latta’s team has been in strong form of late. She has had 12 victories this season to date and her strike rate of a win every 6.83 races is a good one.

“I think a bit of maturity has helped some of them, this season,” Latta said. “They’ve just taken a little bit longer, they’re another year older.”

Platinum Machine was one of two winners for Latta at Trentham, the other being the four-year-old He’s A Doozy in a Rating 74 1600m race.

“He’s a lot stronger this time in,” Latta said. “He’ll possibly go down for Cup Day at Riccarton and run in a Rating 74 mile. The trip away will do him good.”

Another possible runner for Latta at Riccarton is the improving four-year-old Nod Of The Head, who has won two of his last three starts.

Nod Of The Head was lightly raced at three, facing the starter three times for one victory, but has started this season very strongly.

After finishing fourth first-up at Wanganui, Nod of the Head cleared away to win a Rating 65 event by nearly four lengths at Hastings on September 21. He then failed to handle a heavy track at Hawera on October 9 but bounced back at Rotorua eight days later, taking out a Rating 74 1400m event by more than two lengths.

Nod Of The Head, currently rated a +900 chance for the Group 2 Couplands Bakeries Mile (1600m) at Riccarton on November 10, will race next at the Feilding meeting on his home Awapuni track on Saturday.

“He runs at Awapuni on Saturday first, either the 74 Mile or the Open 1400m, and we’ll get a better look at the weather later in the week before deciding which race he goes for. If it’s wet it’ll definitely be the 1400m,” Latta said.

“We’ll get that out of the way first before deciding on Riccarton.”

Latta has nominated 14 runners for the Awapuni meeting on Saturday. They include Group 1 Levin Classic (1600m) third-place finisher Wild Moose and the veteran Rock Island Line for the Open 1400m alongside Nod of the Head and Sir Nate in the Listed Feilding Gold Cup (2100m).