No mystery for Perry in Hawke’s Bay Steeplechase 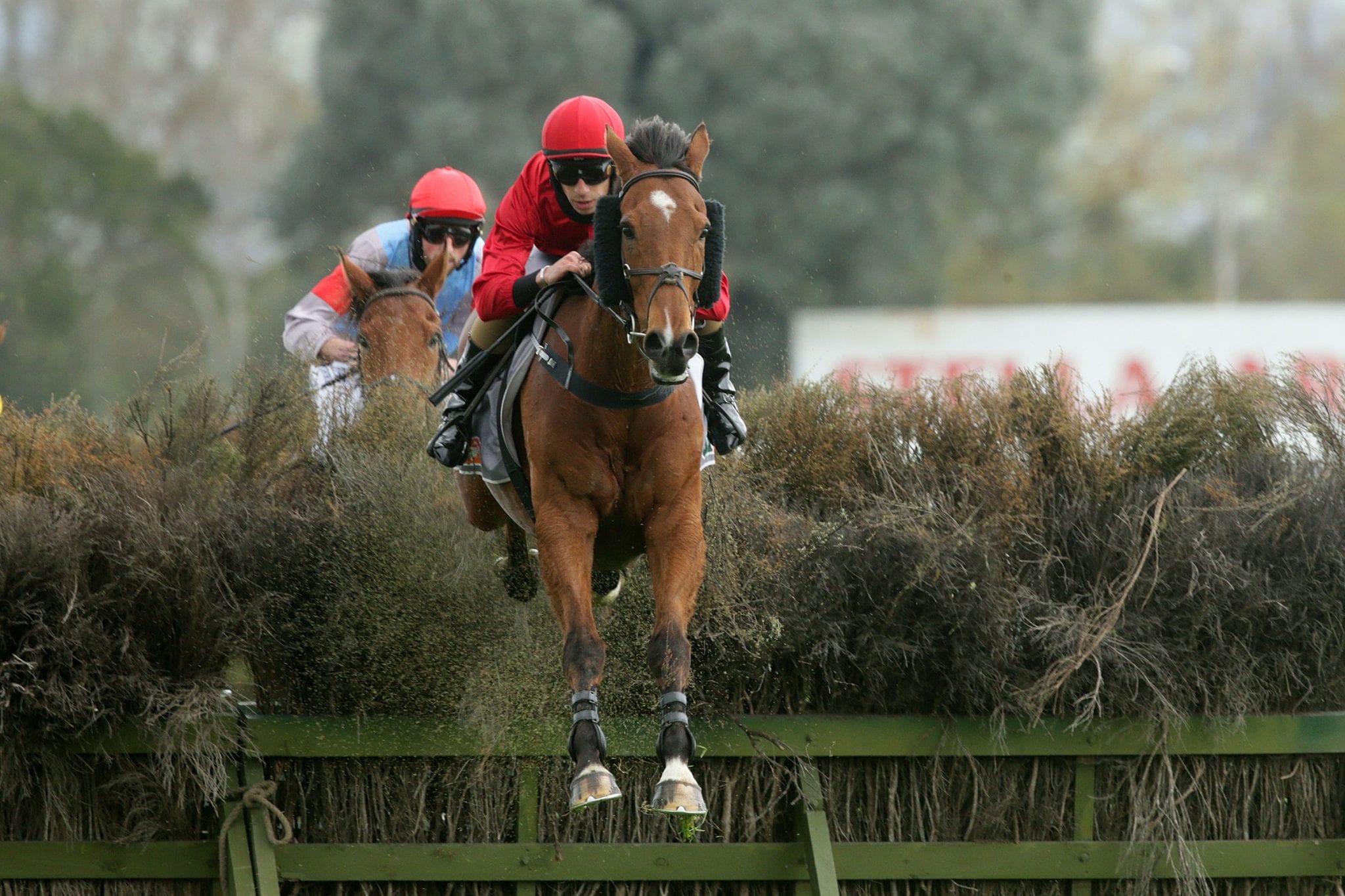 Local runner Perry Mason dished out a dashing display of steeplechasing as he led all the way to take out his second AHD Hawke’s Bay Steeplechase (4800m) on Saturday. The Paul Nelson and Corrina MacDougal-trained Zed gelding had been struggling to recapture his best form over the bigger fences however a return to his home base at Hastings worked the oracle as rider Aaron Kuru adopted a take no prisoners approach throughout the 4800m contest.

Niggled at by Des De Jeu and Napoleon at different times during the race, Perry Mason attacked his fences and never put a foot wrong as he held out a late run from Napoleon to collect his ninth career victory and second in the race after scoring in similar fashion last season.

Co-trainer Paul Nelson was delighted to see his veteran galloper back to his best for the race. “It’s a huge thrill as we have had a fair bit of trouble getting him back to where he was,” he said. “Corinna has done a marvellous job and she kept saying he was right. “His work had been really good and it’s just a pity we couldn’t have all his owners here. They’ll be at the local pub watching so they will be having some fun there.”

Kuru was a little sheepish when quizzed about the extended salute he gave after crossing the finishing line. “That’s a massive thrill as I had underrated him coming in to the race,” he said. “That’s why I’ll probably never be a trainer but full credit to Paul as he believed in the horse and kept telling me to stick with him. “I did, so I really have to thank Paul and Corrina for that one.

“It was a bit similar to last year as every time they let me button off (the pace) he got a bit of a rest and he was very good. “It’s a bit of a shame there isn’t really anyone here to see it but it is great to win on a Group 1 day.” The lightly raced eleven-year-old has now won nine of his 61 starts and takes his prizemoney earnings over the $200,000 mark.