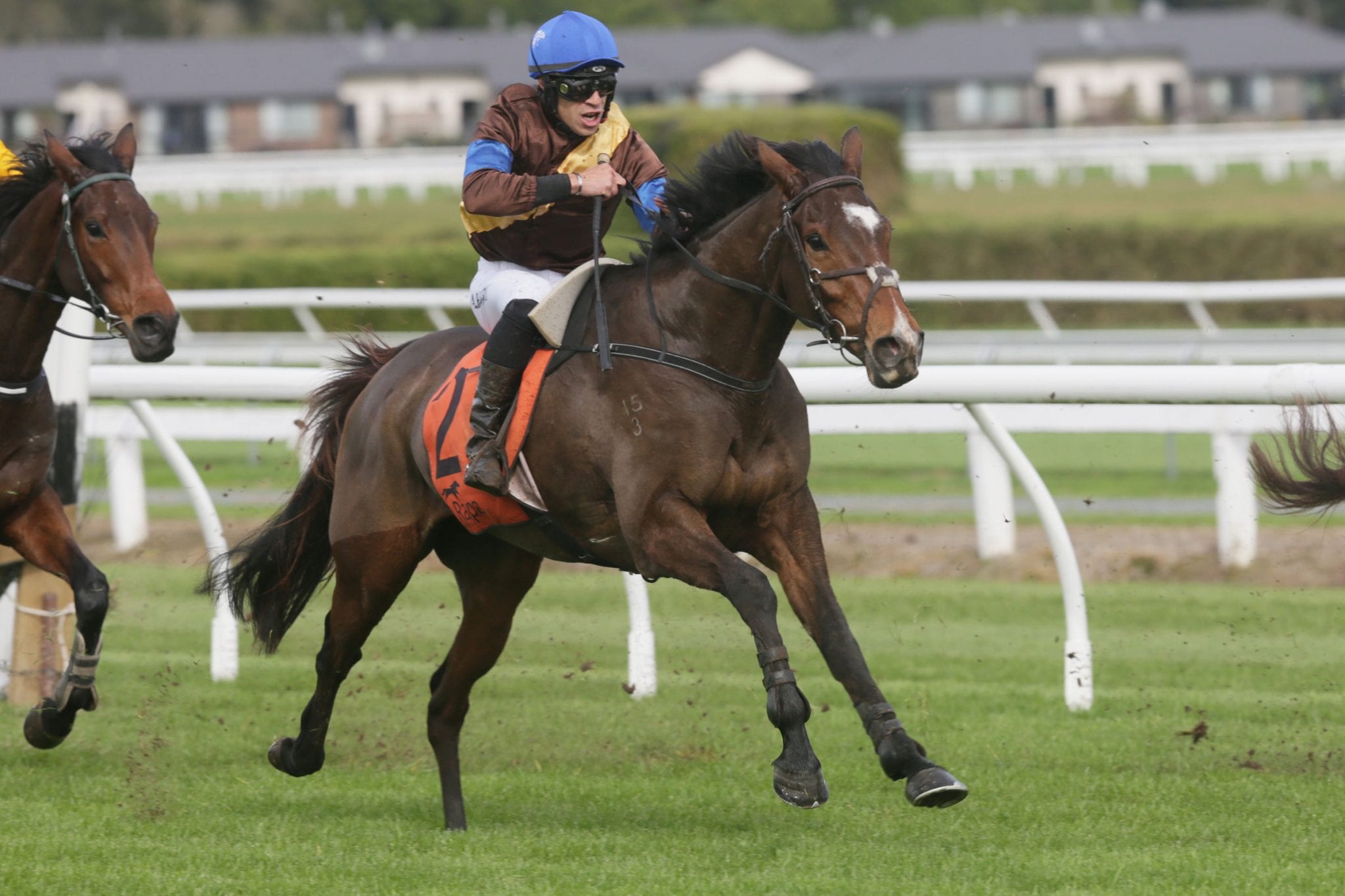 A fleeting visit back home to New Zealand from Australia paid dividends for top jumps jockey Aaron Kuru as he guided last year’s Great Northern Hurdle (4190m) winner The Cossack to victory in the first of the prestigious jumping events this winter, the Fairview Motors Waikato Hurdle (3200m).

Kuru, who now operates out of the Plumpton stables of trainer Patrick Payne, flew home to ride The Cossack for trainers Paul Nelson and Corinna McDougal and didn’t put a foot wrong as he had the Mastercraftsman seven-year-old near the action throughout the contest.

Despite being shuffled towards the rear with 800m to run, Kuru didn’t panic as he pierced between runners to have The Cossack in a challenging position at the top of the home straight. Race favourite Bak Da Master looked to be travelling as well as The Cossack but bungled the last fence which allowed the Hastings visitor to scoot clear and claim the victory.

Co-trainer McDougal had been delighted with the fresh up run for third by her charge on the flat at Rotorua and had expected a forward showing on Saturday.

“We thought he was a good chance as he is a very talented jumper,” she said.

“He ran third at Rotorua in his preparation run for today, which was a bit of a surprise as we hadn’t expected him to be that forward, so that gave us some more confidence leading into the race.

“Paul had spoken to Aaron about coming back to ride for us on the bigger days given he is now with Paddy Payne’s stable in Melbourne and he was really keen to ride this guy.

“He gave him a perfect trip and didn’t panic when he lost his place leaving the back straight.

“He sat quietly and got his momentum up and I thought he was very strong at the line.”

McDougal said Nelson would now be plotting a winter campaign for The Cossack with the Great Northern Hurdles at Ellerslie in September a likely target again.

“I leave the planning up to Paul, but I would say he will have his eye on the Northern again this year,” she said.

“I’m not sure what he will do between times as the horse does seem to go best with his races spaced, but something like the KS Browne Hurdle (3350m) at Ellerslie next month might be a good race for him next.”

The Cossack has won six of his 37 starts, with four of those over fences and just over NZ$141,000 in prizemoney.