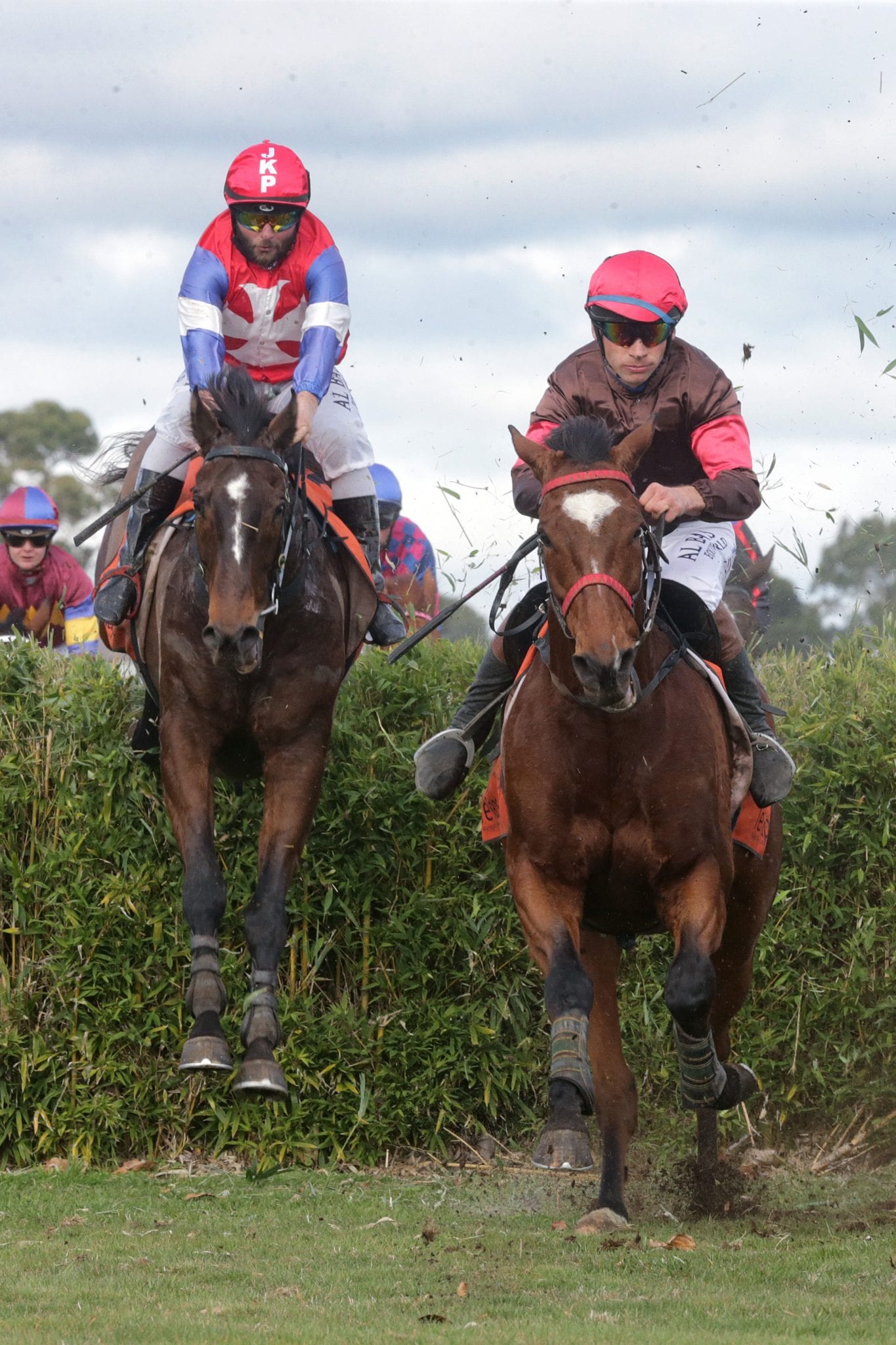 The John and Karen Parsons-trained Delacroix made the long trip north from Balcairns a profitable one when he proved too strong for his rivals over the concluding stages of the Ken and Roger Browne Memorial Steeplechase (3900m) at Te Rapa. Rider Buddy Lamas bided his time on the South Island fencer before moving into contention with 1000m to run.

Delacroix joined pacemaker Zamora rounding the home bend before being claimed by Waverley visitor Justa Charlie who looked to be travelling better than the pair. Justa Charlie cleared the last fence in front as Zamora bungled it, losing rider Charlie Studd in the process, with Delacroix in hot pursuit.

A six-race winner on the flat, Delacroix had too much pace in the run to the line for Justa Charlie as he collared his rival to win nicely by just over a length with rising thirteen-year-old Raisafuasho finishing strongly into third.

Originally raced by Valachi Downs principal Kevin Hickman, Delacroix is now in the ownership of his co-trainer John Parsons and former top jumps jockey Tommy Hazlett after Hickman gifted them the horse two years ago. It was an emotional win for Hazlett who was given an opportunity in the racing game by John Parsons when he was a teenager.

“I had my first ride for John when I was just seventeen which helped get me started in the game,” Hazlett said. “I rode a lot of winners for John and Karen so to share in a victory with them as an owner is always something special. “I think because it is in the race named after the Browne family, who have mentored so many in the jumping game, it is even more special and I am feeling quite emotional about it really.

“Kevin Hickman gifted this horse to John and I about two years ago so we have him to thank as well. “There aren’t many people more generous than Kevin so we are very appreciative of what he did.” Hazlett wasn’t sure what the next target for the horse would be although he thought a tilt at the Waikato Steeplechase (4200m) on August 8 was a likely progression.

“You would have to ask John or Karen where to next but I guess it makes sense to have a go at the Waikato chase,” he said. “Buddy got a stern set of instructions today and he rode him spot on to get the job done. “He is a funny old horse that you have got to be assertive on and he responded nicely to that for the win.”

Earlier on the card Hastings galloper Revolution showed he is in line for a profitable winter over the fences when he gave a dashing front-running display to take out a restricted open hurdle (2800m) contest.

The Paul Nelson and Corrina MacDougal-trained nine-year-old won his maiden hurdle event at Riccarton last August and was confidently backed to put in a good showing, starting third favourite on the tote behind Gallante and Tommyra.

“We didn’t really know what to expect today as he can be a bit in or out,” Nelson said. “He went really well though and was at his best today. “We’ll have to work out where he goes next which could be the Waikato Hurdles (3100m) although we already have one for that with No Change heading that way.”