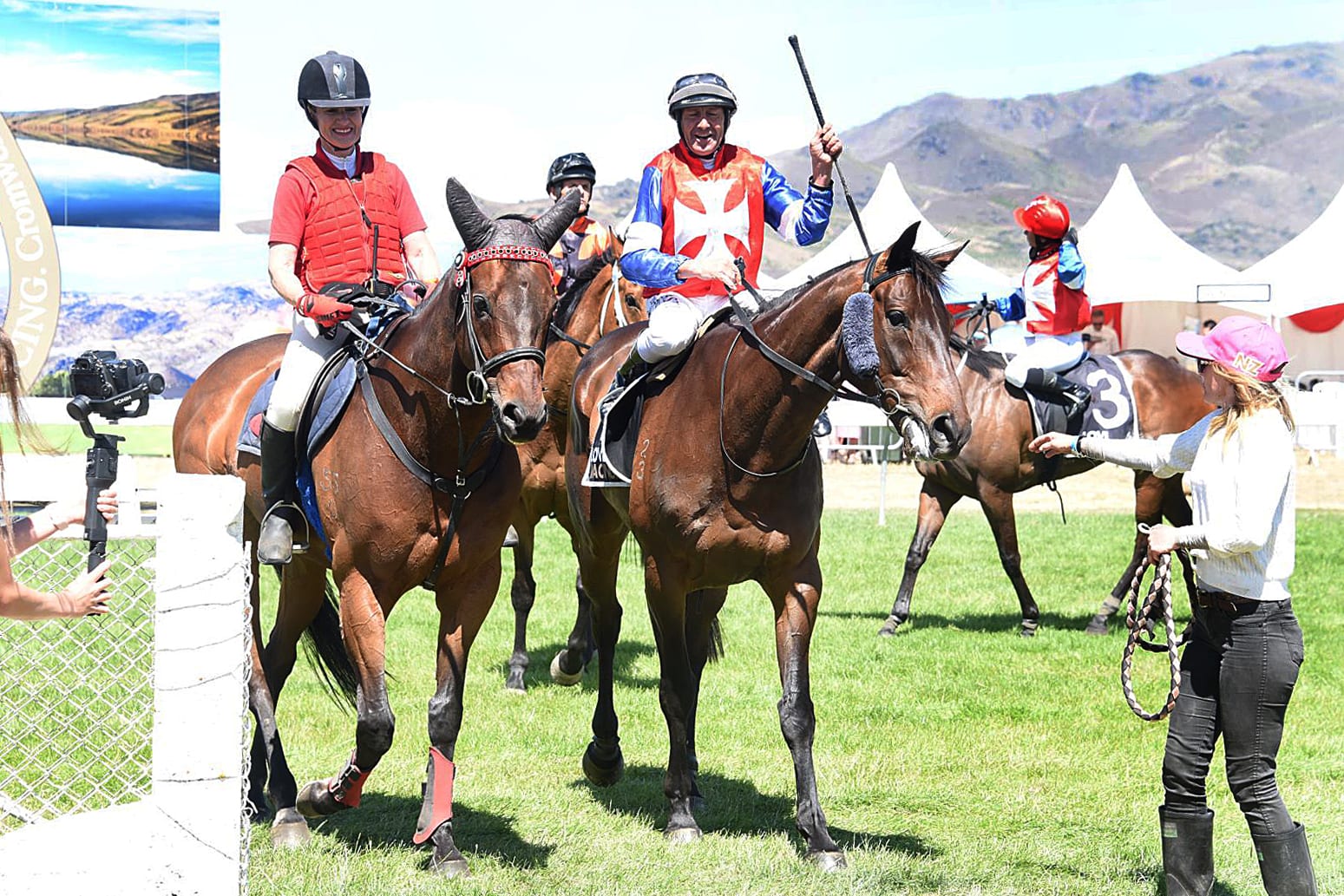 A huge crowd at Cromwell on Sunday were treated to an extended glimpse of the silky skills of Chris Johnson as the rider they call the magic man guided enigmatic galloper Camino Rocoso to victory in the Loveracing.nz Cromwell Cup (2030m).

The John and Karen Parsons-trained seven-year-old was up for the challenge of defending his hold on the race after streaking to a four-length victory in the 2019 edition of the contest. Johnson was aboard that day as well and used similar front-running tactics to break the hearts of his rivals as he let the Shocking gelding stride along in front, at times with a break of more than eight lengths.

Approaching the home turn, it was apparent Camino Rocoso had the chasers gasping as he maintained a powerful gallop to the line, scoring untouched by three lengths from Kilowatt and Sister Monica who chased him gamely down the home straight.

The festive crowd were in good voice as they cheered the eventual winner when he took control leaving the straight for the first time and the volume seemed to double in the concluding stages as Johnson and his mount hit the finishing line.

Karen Parsons was delighted with the victory as her charge found his best form at just the right time. “He’s a good horse but we’ve been having trouble getting him to settle after he got fired up a few starts ago,” she said. “With Chris back on, he judged things nicely and that’s what experience and skill like he has can do for you. “To be honest he had a few lengths on the rest of the field but Chris got him into a beautiful rhythm and he did it fairly easily in the end.”

Parsons, who isn’t in the best of health at present, was left to watch the race in her lounge at home while husband John made his way to the track, much to her annoyance. “I’m not well enough to be there but John is, although he shouldn’t be,” she said. “He had an operation on his eye on Tuesday and was supposed to be at home resting but you couldn’t keep him away. “He will get a real kick out of that win.”

The Parsons team will now set their charge for the Trentham meeting in January where he will look to defend his crown in the Group 3 Dixon and Dunlop Trentham Stakes (2100m). “He will go to Wellington for the Trentham Stakes now he’s back in form,” Parsons said. “We got rubbished last year when we set him for the race and he came out and donkey-licked them so hopefully he can do that again.”

Camino Rocoso has now won six races from his South Island base after commencing his career with Murray Baker and Andrew Forsman at Cambridge where he won on four occasions while he also placed seventh in the 2017 Group 1 New Zealand Derby (2400m) behind Gingernuts.

The victory brought Johnson within one of equalling the New Zealand record for winning rides which is currently held by David Walsh at 2451.