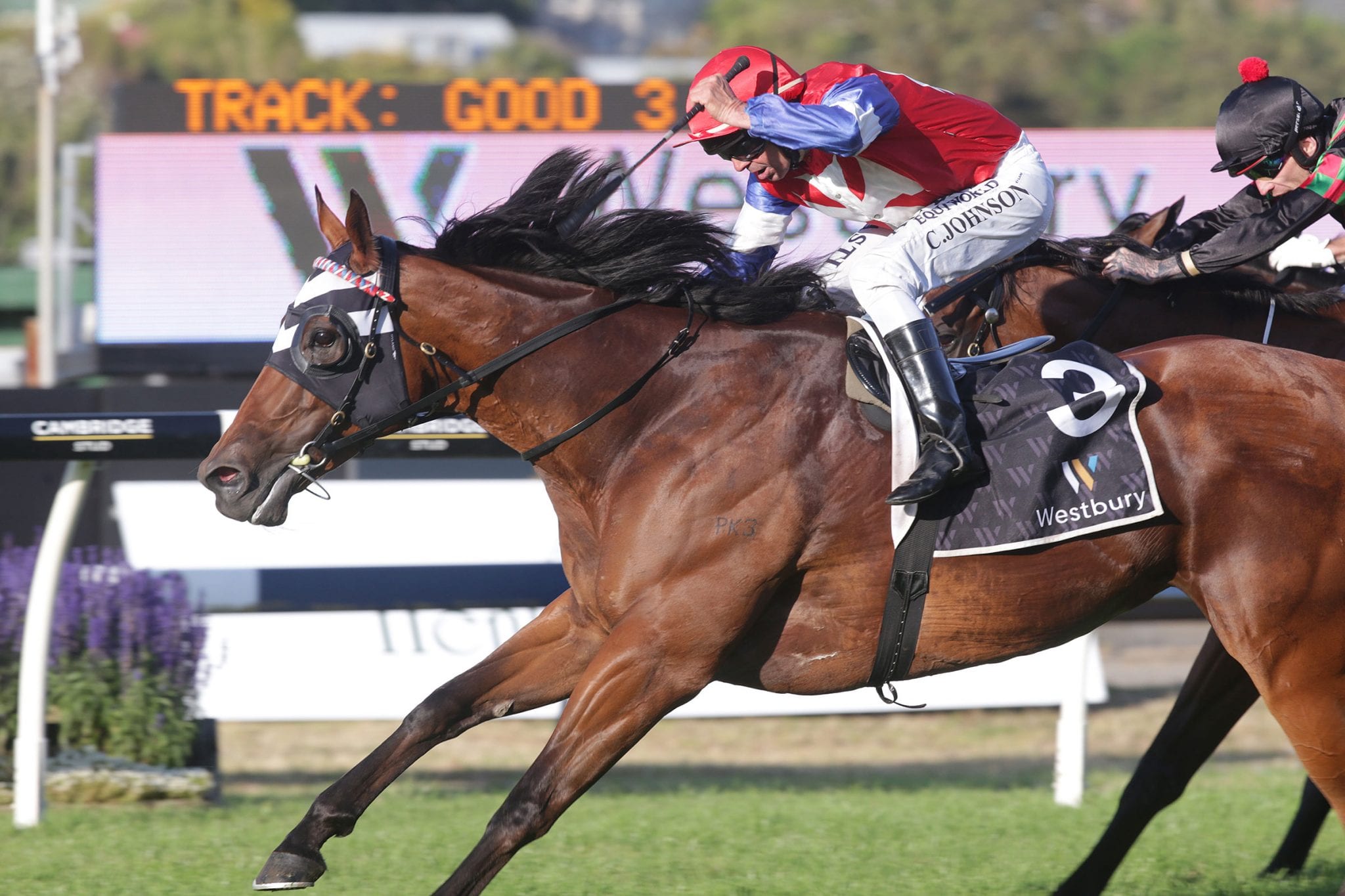 There aren’t many prouder of Chris Johnson then North Canterbury trainers John and Karen Parsons. As Johnson guided the Ellis Winsloe-trained Point Score to success in Invercargill last Saturday to level up to David Walsh’s record of 2451 New Zealand wins, the Parsons were overcome with emotion.

“It was incredible,” Karen Parsons said. “We didn’t have any runners down there but we were glued to the TV for every race. We’re very close with Chris. He’s like our son. He’s a superstar jockey and we’re very proud of him.”

Johnson will aim to make the record his own at Ashburton on Thursday with seven rides, including the trio of Baby Menaka, Letsbringiton and Quintuple Twins for the Parsons. “I’d love it to be one of ours,” Parsons said. “But it’s not important. The most important thing is Chris breaking the record. It’s really an incredible achievement.”

The Parsons have five runners entered for Ashburton, though Hombre was an unlikely runner in the first after drawing barrier 15. Johnson will ride Sooo Dusty and Roc Music for other stables before teaming up with Baby Menaka in race four, a Rating 74 2200m event. “She’s well. She’s been working well too. Krishna (Mudhoo) has been working her and he’s pretty confident she’ll go close,” Parsons said.

Johnson rides Tappy’s Lad in race five before taking the reins on Letsbringiton in race six, a 2200m Rating 65 event. “He went to Cromwell and could well have won either day. He was close on the first day and just got too far back from a wide draw on the second day. He’s going along well,” Parsons said.

Johnson rides Quintuple Twins for the Parsons in the seventh, with apprentice Meghann Gestain booked for stablemate Final Savings. “They are both chances. If Quintuple Twins was at her best she’d be winning this,” Parsons said. Johnson’s final ride is aboard Shock Prospect in the last race.

Meanwhile, the Parsons will turn their focus to Awapuni on Saturday, with Kiwi Ida defending her crown in the Group 2 Kevin Pratt Memorial Manawatu Challenge Stakes (1400m) and last-start Cromwell Cup winner Camino Rocoso tackling the Group 3 Bramco Granite And Marble Manawatu Cup (2300m), both with Johnson up.

“We hope Kiwi Ida is pretty much on the button,” Parsons said. “We get a lot of pollen-related viruses through the spring and we blood tested her before the Pegasus when she ran third and she was all clear but then after she ran so far below her best on the middle day, we blood tested her again and it wasn’t quite right. She’s been tested again and she’s right now.

“Camino Rocoso is going well too and when he strikes form, he usually holds it.” Safely through Saturday’s run, Camino Rocoso will head to Trentham and attempt to replicate his win in last year’s Group 3 Dixon & Dunlop Trentham Stakes (2100m) on January 16, while Kiwi Ida will shoot for back-to-back wins in the Group 2 Westbury Classic (1400m) at Ellerslie a week later.