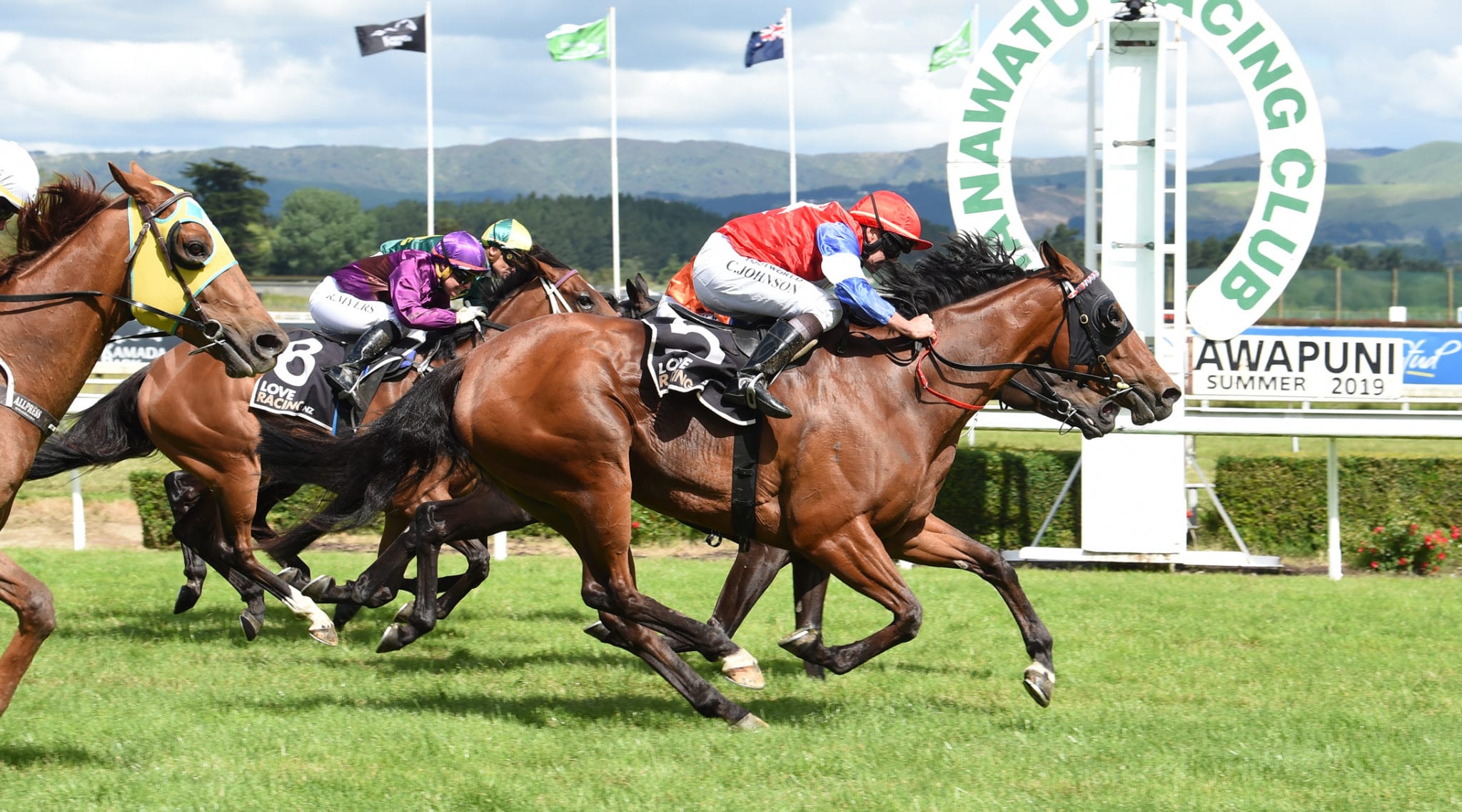 Underrated southern mare Kiwi Ida scored her biggest career victory when she upset the favourites in Saturday’s Group 2 Kamada Park Manawatu Challenge Stakes (1400m) at Awapuni. The John and Karen Parsons-owned and trained five-year-old has been a standout in southern racing, winning twelve of her 39 career starts prior to Saturday with two at stakes level including the Group 3 Canterbury Breeders Stakes (1400m) at Riccarton last year.

Saturday’s contest represented just the second time she had ventured to the North Island following an unplaced run at Trentham as a two-year-old, with punters mostly overlooking her claims for the Group 2 feature despite her impressive career record.

Progressive miler Rock On Wood was sent out a warm favourite in the contest off the back of a four-race winning streak and looked to have the contest in safe keeping when he burst to the front early in the run home. Rider Chris Johnson had been biding his time on Kiwi Ida towards the rear of the field in the early stages and tracked the favourite into the race approaching the home turn.

Johnson angled his mount off the back of Rock On Wood at the 200m and she responded with a sustained burst that carried her to the finish line in front by a head from Rock On Wood with Shadows Cast and Secret Allure close up behind the pair.

Johnson was his usual understated self as he described the way the race had panned out for him. “I got back past midfield but got out at the right time,” he said. “She came into it nicely and I ended up behind the right horse turning in. “She found enough to hold him off. “She’s honest and you just have to look at her record as she hasn’t missed many times. “She was trained to the minute and although we had a bit of trouble getting up here, she seemed to cope with it.”

Along with her thirteen victories, Kiwi Ida has also been placed on 14 occasions, with six of those in black type company and has earned just under $393,000 in prizemoney. A full brother to Kiwi Ida will be offered from the Highline Thoroughbreds draft during Book 1 at the New Zealand Bloodstock National Yearling Sale at Karaka next month.