Camino Rocoso leads all the way in Cromwell Cup 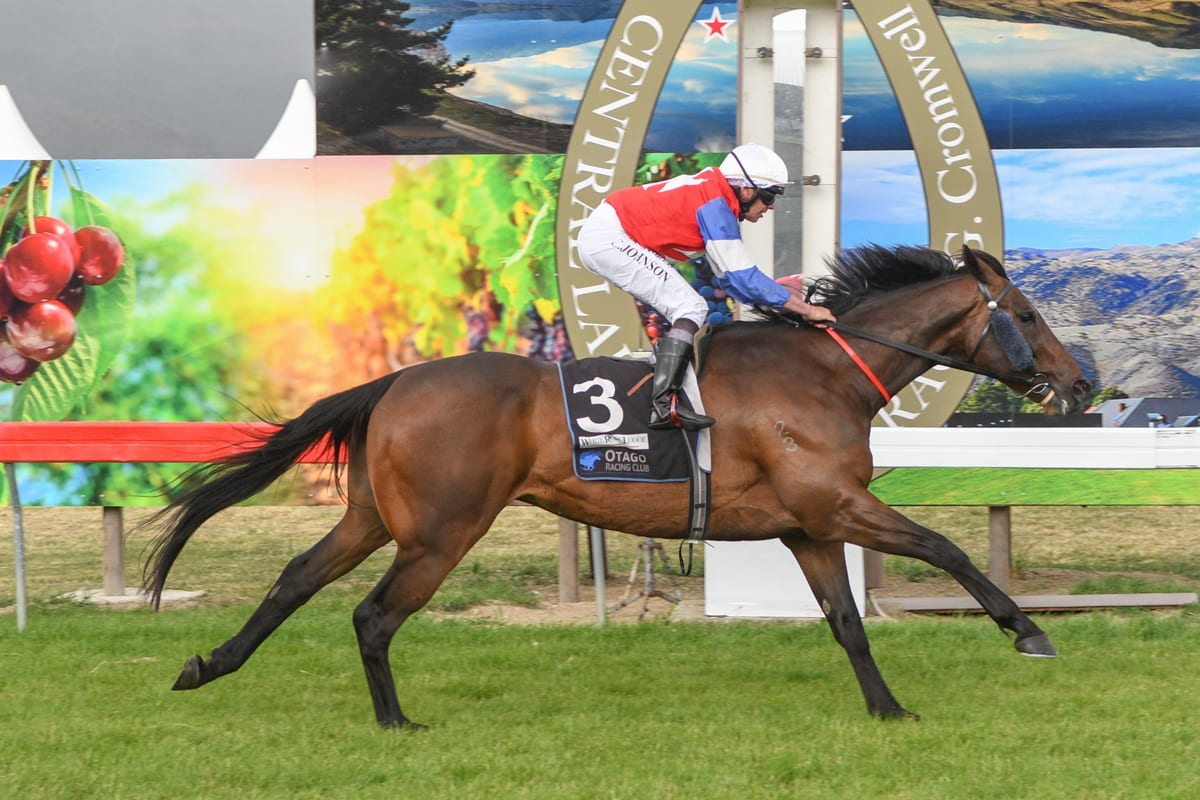 Enigmatic former North Island galloper Camino Rocoso put his best foot forward on Sunday when he gave a dashing display of front-running to take out the feature event at Cromwell, the No Limits Interiors Cromwell Cup (2030m).

The annual Cromwell Christmas meeting attracts huge crowds each year and there was a noticeable cacophony of noise as Camino Rocoso injected plenty of excitement into the contest as he strung the field out from barrier rise. Rider Chris Johnson had his hands full when the Shocking six-year-old took off in the mid stages, putting up a six-length lead approaching the home turn. Johnson nursed his charge into the home straight where he maintained his momentum to score convincingly from stablemate Sitarist, who had tracked him throughout.

Co-trainer Karen Parsons, who prepares Camino Rocoso with husband John from their Balcairn base, had been supremely confident of a winning performance with the horse stepping up in distance from his recent starts. “His best efforts have been once he has got up to 2000m and further as he is bred to stay,” Parsons said. “I thought he was spot on for the race and, on his exposed form, he definitely looked the winner on paper. “I did say to his owners that I thought he would win with a leg in the air and thankfully he did pretty much that or I might have been eating a bit of humble pie.”

Parsons wasn’t surprised to see Johnson and Camino Rocoso adopt the front-running tactics as the horse was at his best when left to his own devices. “Chris is the boss and he knows what is best for the horse so when he was in front, I was happy with that,” she said. “He travelled beautifully and had the others in trouble a long way out. “We haven’t really thought too much about what we will do with him next but there are some nice middle-distance races coming up over the next few months so he should be well placed in those now he has hit form.”

Camino Rocoso has won three times since transferring into the care of the Parsons stable after doing his early racing for the Cambridge-based partnership of Murray Baker and Andrew Forsman where he won four times and was stakes placed when finishing third in the Group 3 Championship Stakes (2100m) at Ellerslie.