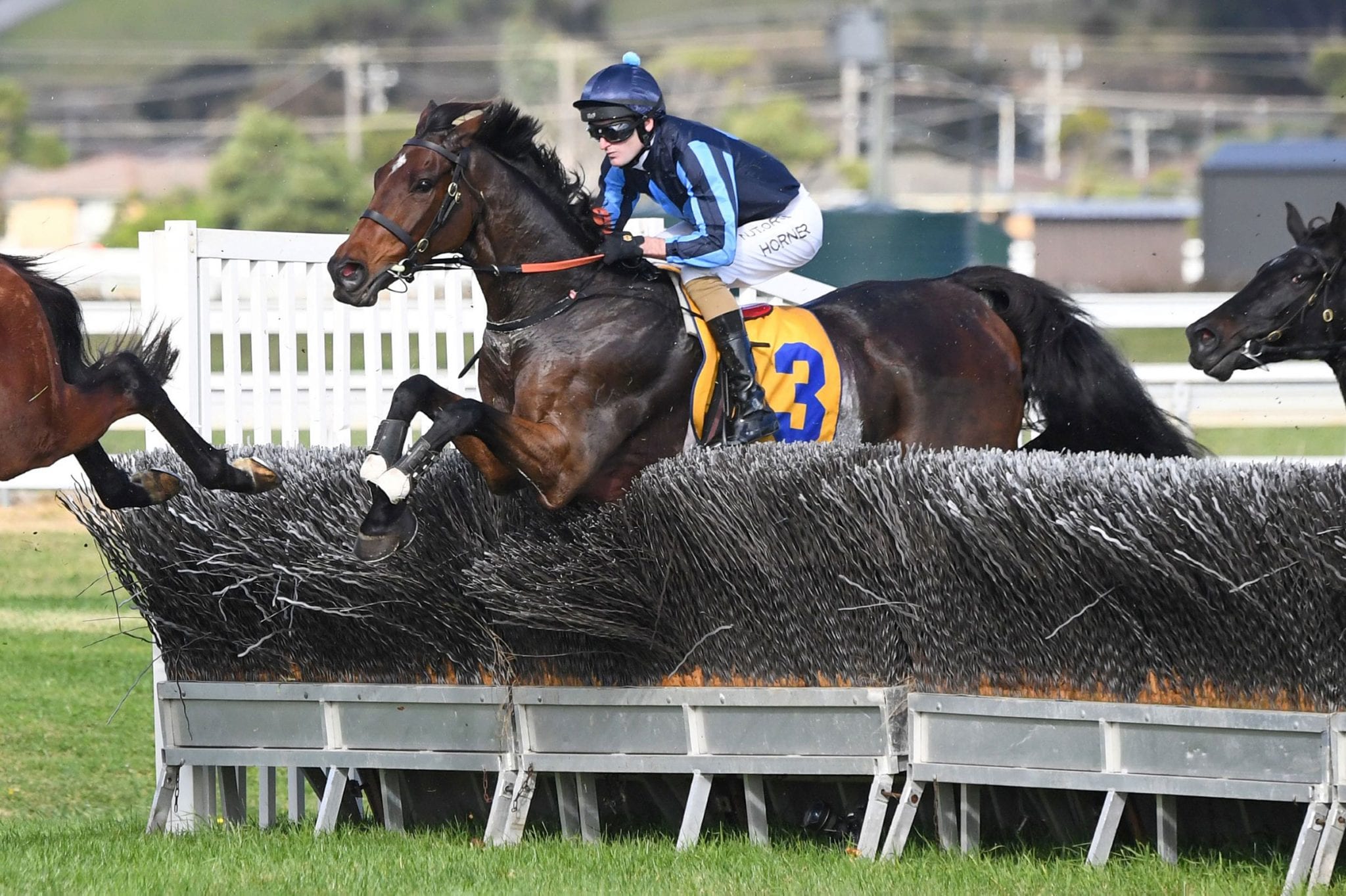 New Zealand import Flying Agent has provided Ballarat trainer Amy McDonald with the biggest win of her burgeoning career when taking out the A$150,000 Brierly Steeplechase (3450m) on the opening day of the Warrnambool carnival in Australia.

An emotional McDonald struggled for words after the eight-year-old son of Raise The Flag justified his -125 favouritism in emphatic style.

“I can’t thank the (New Zealand) owners enough for showing me the faith and sending him over.

The missing ingredient in Tuesday’s victory was McDonald’s jumps jockey husband Lee Horner, on the sidelines through injury, and it was Horner’s brother Darryl that stepped up to fill the void.

“The fact that he went around today with 65kgs was absolutely criminal taking on Bit Of A Lad, who is a champion in his own right,” Horner said.

“All the credit has to go to Amy and Lee. What they’ve done with him is remarkable.”

“I wanted to be box seat, three-back the fence, but I didn’t really follow the horse I wanted to in the race,” Horner Jr said.

“But he’s the sort of horse that even when he gets in close to a jump he still comes away from the other side of it running.

“His jumping is remarkable.

“The pressure was on three (furlongs) from home. I didn’t panic and that was one thing Lee has drilled into me, not to panic.

“I just let it all unfold and he was simply too good.”

The legend of White Robe Lodge stallion Raise The Flag continues to grow, with the royally bred son of Sadler’s Wells a noted sire of jumpers including champion Ablaze, in addition to quality stayers including Group 1 Sydney Cup (3200m) winner Etah James.

Bred and raised at White Robe Lodge by Brian and Lorraine Anderton, Flying Agent was sold for $24,000 at the 2014 New Zealand Bloodstock South Island Yearling Sale, where he was purchased by Dean Lawrence.

Initially trained in New Zealand by Brian and Shane Anderton, for whom he won two of his 14 starts, fellow White Robe Lodge stud clients Diana Duff-Staniland and Paul Duffus also share in the ownership.

It was on the suggestion of husband Lee that McDonald called the Andertons, with Flying Agent a half-brother to top chaser Spying On You.

“I rang Brian and Shane and they gave my number to the owners and the owners rang me and the rest is history,” McDonald said.

“From the minute he arrived I have absolutely loved him. He was just a scrawny Kiwi Raise The Flag. There was never much of him and Brian Anderton said he used to feed him as much as he could, but he never gets any bigger, which is totally fine.”

Flying Agent is now likely to go to the A$125,000 Australian Steeplechase (3900m) at Sandown in three weeks.