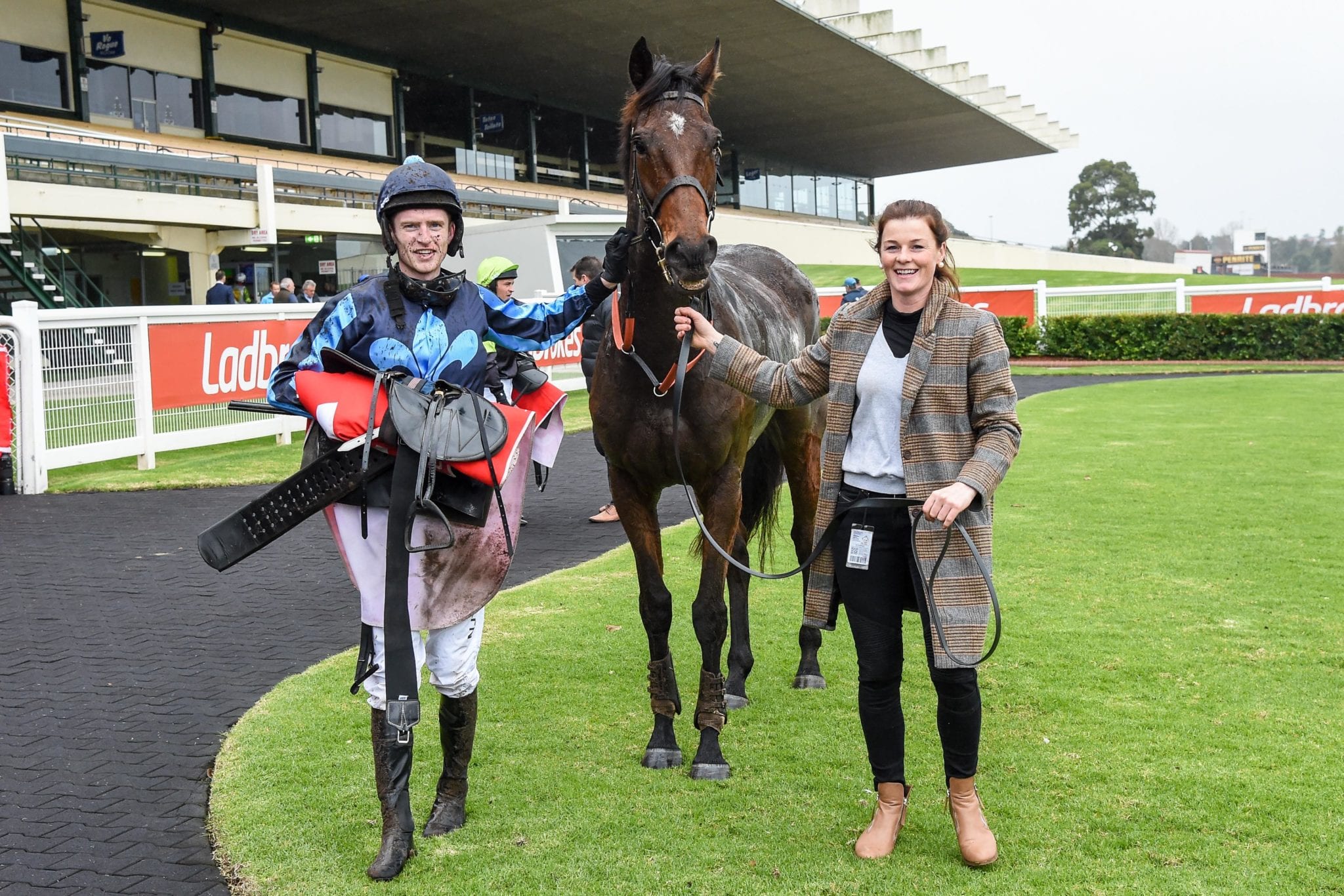 Ballarat trainer Amy McDonald is convinced that one of New Zealand’s best jumpers has what it takes to win on the biggest stage in Australia. McDonald is currently preparing 2018 Grand National Steeplechase (5500m) winner Shamal for his syndicate of owners that includes his New Zealand trainer Ken Duncan.

Duncan had intended to take Shamal and 2019 Grand National Hurdle (4200m) winner Alfie Dee to Australia for a two-pronged winter campaign but the Covid-19 pandemic-enforced travel restrictions meant he was forced to make alternative arrangements for his team, with McDonald taking over the reins.

Nine-year-old Zabeel gelding Shamal had his first start for McDonald in last weekend’s Australian Steeplechase (3900m) at Sandown where he loomed as a winning prospect before succumbing to eventual winner Bit Of A Lad in a performance that thrilled his new mentor. “I think the track might have taken its toll on him (Shamal) as he just blew out in the last 100m,” McDonald said. “He put in a really brave effort and has taken plenty of improvement from the run. “He is such a good jumper, so big and bold, which is only going to work to his advantage. “He will likely go to Casterton for an open chase next and we will then work it out from there. “Alfie Dee hasn’t had a run for us yet but he has had a hurdle trial. He will have a flat run first and then we will look for an open hurdle for him sometime after that.”

McDonald also trains former New Zealand galloper Flying Agent, who took out the opening hurdle at Sandown on Australian Steeplechase day and chuckles when she recalls how her relationship with Duncan came about through her purchase of Flying Agent from the Brian and Shane Anderton stable. “It’s a bit of a long story as it came from someone who knew someone who knew someone when I bought Flying Agent from the Andertons,” she said. “They trained Jackfrost and one of his owners said to Ken Duncan why don’t you take your horse over to Amy’s when you take him over for the Grand National (Steeplechase). “That was last year and Kenny rang earlier this year and said to me what do you think about having these blokes (Shamal and Alfie Dee). “I said I’d love to and with the Coronavirus it made it too hard for Kenny to come over so that’s how I have ended up with them.”

McDonald is a fan of the New Zealand thoroughbred including the progeny of the Anderton’s White Robe Lodge-based stallion Raise The Flag, who is the sire of Flying Agent and another promising potential jumper purchased out of New Zealand in Tony Two Chips. “He (Flying Agent) is a really progressive horse and I think he should adapt well to the bigger fences so I think he will be very competitive when he gets to a maiden steeplechase,” she said. “The Raise the Flag’s seem to be natural jumpers as they are really good athletes, very good stayers and just exceptional at jumping. “Because we love the breed so much, we actually bought a couple of broodmares in New Zealand and have sent them to Raise The Flag. “We might breed a Grand National winner or a Melbourne Cup winner, we’re just not sure yet.”

McDonald also came across to the National Yearling Sale at Karaka earlier in the year where she purchased a Ghibellines colt from the White Robe Lodge draft along with a Pentire colt from Rich Hill Farm. “I went to Karaka on behalf of an owner and bought two yearlings there,” she said. “They came back and have been broken in although they are out in the paddock at the moment. “We will take them along slowly as the whole aim is to get these young staying horses to grow out and take your time with them.”

McDonald, who comes from a background in racing that includes stints with trainers such as Lee Freedman, Jim Houlahan and Mick Kent, is a rising star in the Victorian training ranks although she is keen to restrict her stable numbers as she juggles raising two young boys with the demands of operating her burgeoning boutique training operation, “I have no aspirations of having a stable of fifty or a hundred horses as I got into this for the love of horses and I never want to lose that,” she said. “My husband (jumps jockey Lee Horner) and I want to keep that connection with the horses and the lifestyle we have is good for our kids so that is what we are keen to maintain and to make a success of things to the best of our ability.”