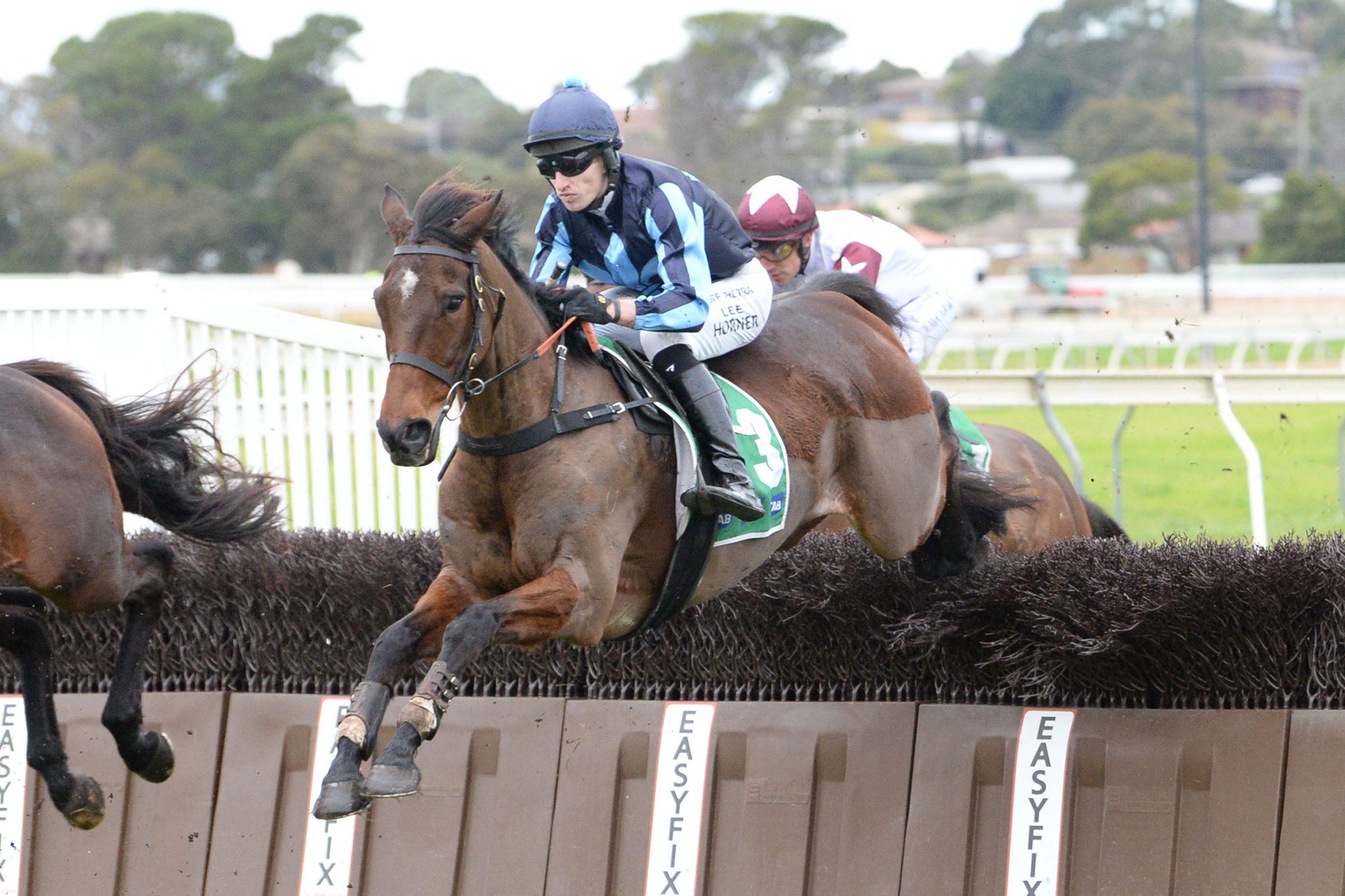 The nine-year-old son of Raise The Flag defeated five rivals in the AUD$125,000 event, the small field allowing Horner to position the quality jumper closer to the pace than usual, before striding clear for an eight-length win over Yulong Place.

The victory provided Flying Agent with his second feature steeplechase over the course having won the 2021 Brierly Steeplechase (3450m) but there was a sense of unfinished business for Horner in claiming Sunday’s Thackeray.

Horner missed out on riding Flying Agent in his Brierly success through injury, the honour going to his brother Darryl Horner Jnr.

Lee Horner’s only victory aboard Flying Agent came in a maiden steeplechase at the corresponding Warrnambool meeting two years ago and last year’s loss as long odds-on favourite in the Thackeray Steeplechase hurts Horner the most.

“I get a bit emotional with the horse because Amy loves him so much and I think last year he was beaten at -333.33 last year, it just means a lot,” Horner said.

Flying Agent contested the Thackeray as his first jumps start of the year, conditioned with two 2400-metre flat starts at Sandown evenly separated by two 2800-metre steeplechase trials at Warrnambool.

“I thought he was right to bowl around in the Brierly (in May) but Amy doesn’t do bowl arounds with that horse. I thought he could run a nice third or fourth but she wanted to get him cherry ripe for this race and I’m really glad she did,” Horner said.

McDonald professed her love for Flying Agent in the wake of his emphatic victory where she conceded there were some doubts over his fitness levels.

“I just love him, he’s just a good boy. He does his job and he loves it. He loves wet ground and he loves this course so we’re just thrilled.

“As all the other horses had race fitness on their side and we had a decent amount of weight so you’re not overly confident, we knew he’d do us proud, but he was amazing.”

McDonald suggested Flying Agent may have his next start in the AUD$150,000 Crisp Steeplechase (4200m) at Sandown on August 7 which provides him with the perfect lead-up for the season-ending $350,000 Grand National Steeplechase (4500m) at Ballarat on August 28.

Bred and raised at White Robe Lodge by Brian and Lorraine Anderton, Flying Agent was sold for NZD$24,000 at the 2014 New Zealand Bloodstock South Island Yearling Sale, where he was purchased by Dean Lawrence.

Initially trained in New Zealand by Brian and Shane Anderton, for whom he won two of his 14 starts, fellow White Robe Lodge stud clients Diana Duff-Staniland and Paul Duffus also share in the ownership.

After tweaking his back early in the season and missing the Warrnambool Carnival, McDonald is keen to set Flying Agent for the 2023 AUD$350,000 Grand Annual Steeplechase (5500m).

Flying Agent was not the only Kiwi bred jumper to land a feature at Warrnambool on Sunday.

Earlier on the card, the Peter Gelagotis-trained son of Savabeel Blandford Lad scored a convincing victory in the AUD$125,000 Kevin Lafferty Hurdle (3200m).

“He’s always been a talent and he’s certainly found his niche,” Gelagotis said.

“I actually thought it was probably his career best run … he seems to be in a groove, he’s certainly the up-and-coming jumper of the fraternity, that’s for sure.”

A brother to triple Group One-winner Lucia Valentina, Blandford Lad, who was bred by Graham and Helen-Gaye Bax at Blandford Lodge in Matamata, will be aimed at the Brendan Drechsler Hurdle (3500m) at Pakenham on July 17.