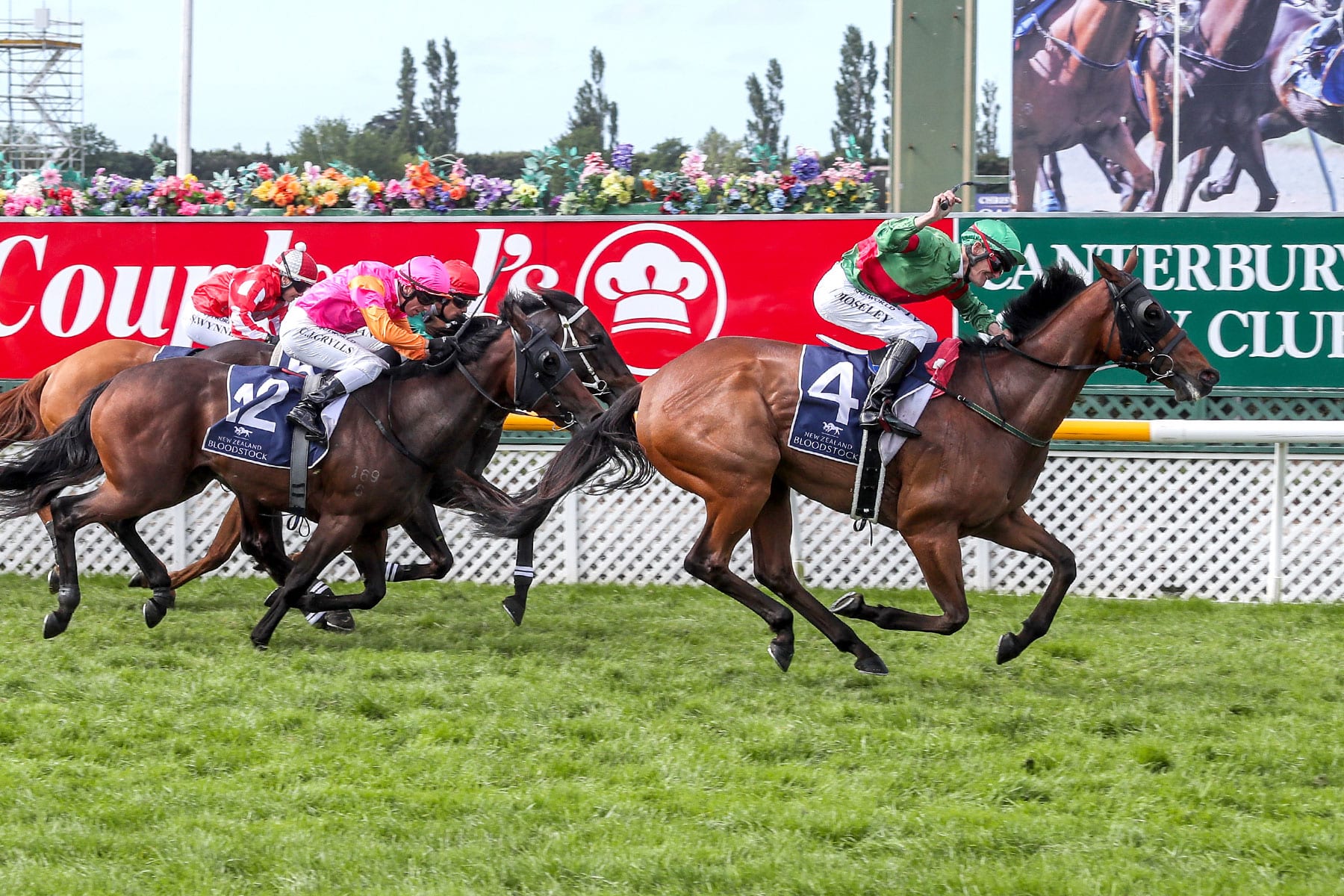 New Zealand trainer Terri Rae will do her best to transform a couple of North Island imports into stakes winners at Riccarton on Saturday.

Scarfi resumed with a luckless second to Khimar War, a race rival again on Saturday, at Riccarton last month, while She’s A Lady made a successful South Island debut in Rating 74 company at Wingatui last Thursday.

“If we can sneak a bit of black-type for these mares, it adds a bit of value to them,” Rae said.

“But they both would have preferred a shower of rain, just to help them out a bit, but it doesn’t look like they are going to get it.”

Riccarton was rated a Dead4 on Thursday morning and while all of Scarfi’s five wins have come on slow going, TAB bookmakers opened her a +450 favourite for the Great Easter ahead of Streak Of Power at +500 and She’s A Lady as a +650 third favourite.

“She was hampered a little just with the horse on her outside holding her in,” Rae said of Scarfi’s second placing resuming.

“Both horses would appreciate the rain coming but especially her. But she’s tough and honest and tries hard. She’s drawn a good gate (barrier three) at least.

“Her run at Riccarton was her first run for some time and she has improved and trained on nicely.”

While Rae was pleased with Scarfi’s favourable barrier draw, she was lamenting She’s A Lady drawing barrier 17.

“She’s got a horrible draw. Good draws make your job easier but it won’t be easy for her from out there,” Rae said.

“I took her down to Wingatui with this race in mind. It looks a funny race as a leadup but the week and a half into this stakes race worked out well.

“She had good form in the north before she came down to us which made it a bit easier but we’re still finding our way with her.”

Rae will also produce Harbourside at Riccarton in a Rating 65 race as her 1500th starter.

“He’s got a horrible draw too but he’s been working well so hopefully he can show that on Saturday.”

It has already been a memorable season for Rae, having produced 24 winners already this term, the equal of her previous best season tally.

“We only have between 10 and 14 in work at any time so we’ve got a good little team around us. We’ve got a good team of staff too and we’ve been able to do it at a pretty good strike rate. It’s great to get those results,” Rae said.

“Without putting too much thought into, that would be the one. It was really nice to win that one. Neill was certainly helping us that day.”