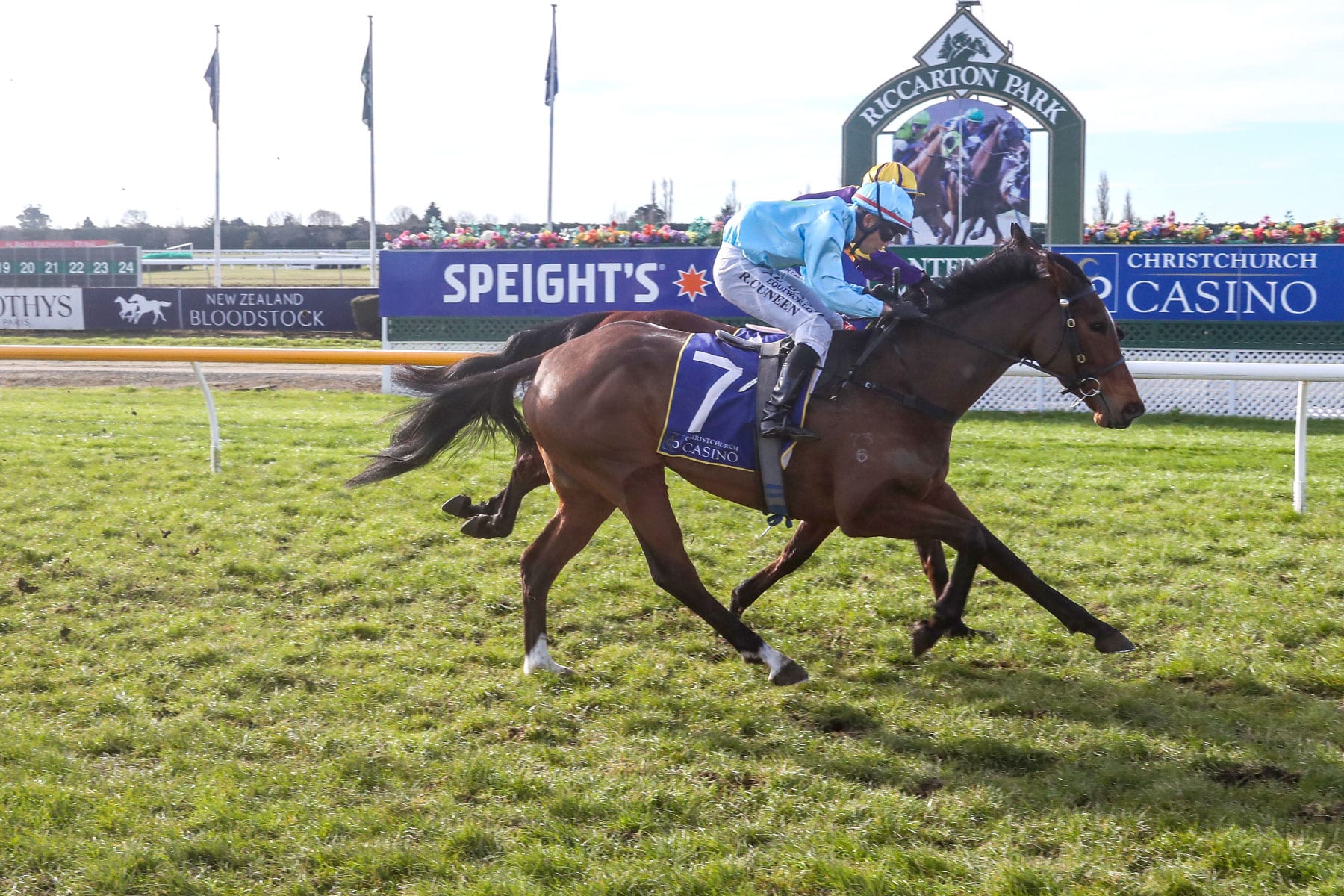 Trainer Neill Ridley produced a winning double on his home patch on Saturday with promising filly Ataahua Dreamtime the headline act for the Riccarton Park local. The Tavistock three-year-old had produced an eye-catching debut effort when running on strongly for second to Walkthisswey earlier in the month and went one better on the weekend to break her maiden status.

Bred and raced by Jeanette Brown, Ataahua Dreamtime had won twice at the trials before her raceday debut with Ridley keen on the long-term prospects of his charge. “She has got a fair bit of ability,” Ridley said. “She was ready to go before the COVID-19 lockdown occurred and I thought we might have picked up a fillies’ race on the way through but she has got her win now. “She’s done enough for the time being and will go out in the paddock for a couple of months as she still has some filling out to do as she is quite a big girl.

“The heavy tracks don’t really suit her so it is a good time to have a break. “I know the phones have been ringing but her owner is not keen to sell which suits me. “I think she will get over more ground and she has a good brain which will help her going forward.” Ataahua Dreamtime is out of Zabeel mare Ihadadream and is the younger half-sister to lightly raced stayer Pendleton who won the 2018 Listed Dunedin Gold Cup (2400m).

Ridley made it two wins for the day when Raise The Flag mare Athene took out the last race on the day, a rating 65 1400m contest. “She had gone a good race first up over 1000m in far stronger company so I thought she was a good chance,” he said. “She keeps improving so with some more time on her side I think she can win a couple more.”

Ridley has around a dozen horses in work at present with two of his stable stars in Prince Oz and He Kin Fly set to line up at Ashburton next Saturday for their campaign openers. Both horses have races at the New Zealand Cup Carnival in November as their major assignments with Prince Oz likely to contest the Group 3 Stewards Stakes (1000m), a race he won in 2018, while He Kin Fly is a Group 2 Coupland’s Bakeries Mile (1600m) contender after finishing fourth in the race last year behind subsequent Group 1 winner True Enough.