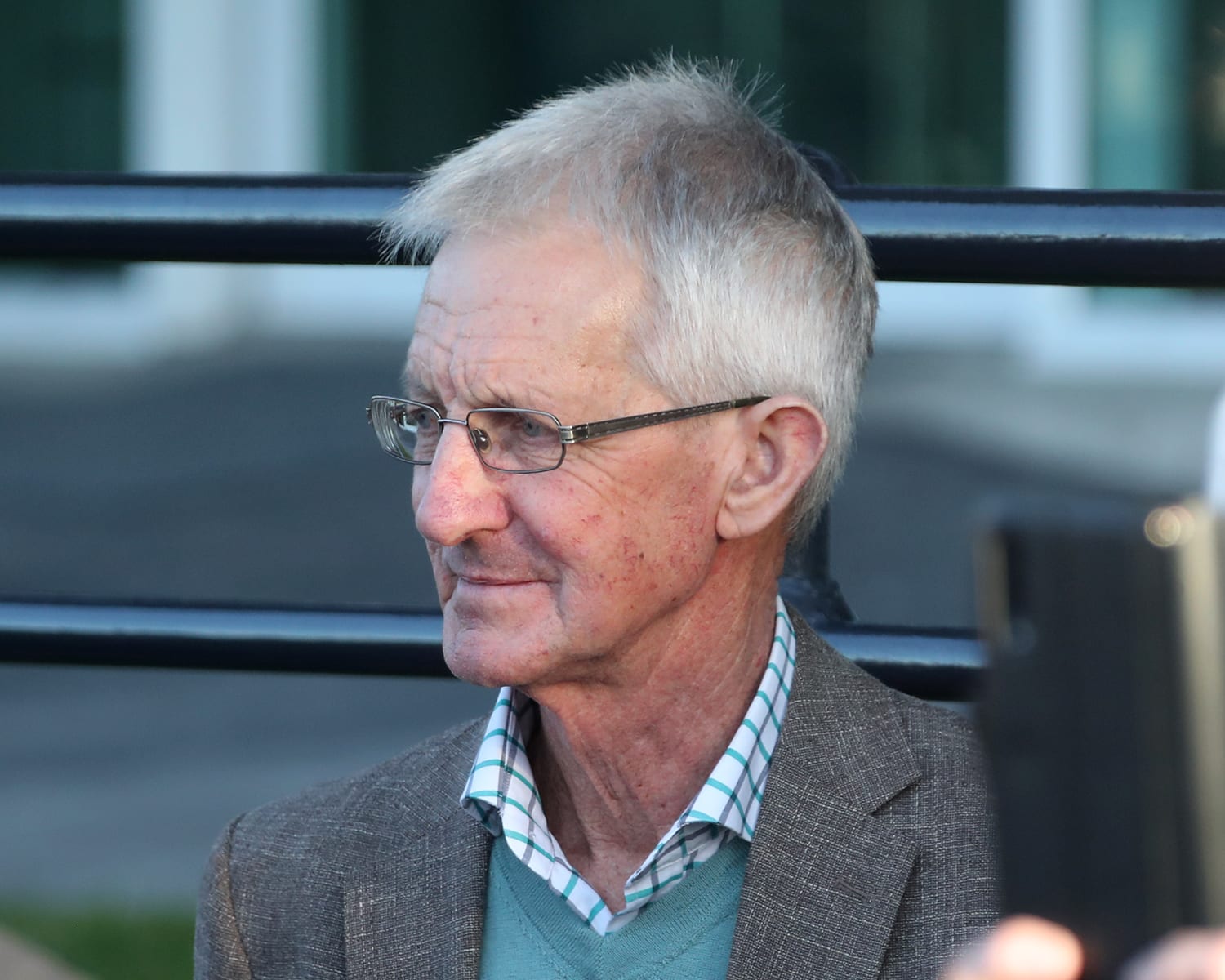 For the second time within a month family and many friends will be gathering in Christchurch to celebrate the life and achievements of successful trainer and former top jumps jockey Neill Ridley. Ridley (67) passed away peacefully at his home last Friday after a courageous battle with cancer, his death coming 13 days after he had his last two starters from his Riccarton stable. His funeral will be held on Friday ending with a final farewell at Riccarton racecourse.

As a result of deteriorating health, Ridley had decided to close down his stable to spend more time with his family and friends. Though his Group 3 winner Prince Oz and Seriously could not provide a fairy-tale ending to his racing career, he was overwhelmed by the support on the day from the many friends he had made during his lifetime in racing, a time in which he established himself as a proficient horseman who quietly went about his roles without any fuss.

Even when becoming one of the country’s best jumps jockeys, Ridley didn’t seek self-promotion and that same attitude followed him through his successful role as a trainer. He tended to shy away from the media and though interviews were never declined, he tended to keep them low-key. Though his input into racing certainly wasn’t low-key.

Ridley was brought up with horses, following on from the interest of his father Bill, and he served his apprenticeship with Bill Hillis, the doyen of southern jumps racing, at Riverton. In a Christchurch Press interview several years ago, Ridley gave an insight into his early days with Hillis. “You would school six or seven jumpers in a morning,” he said. “I learnt a lot, but it was by watching what Bill did. He didn’t tell you much.”

That approach followed him when he became the number one jumps jockey for Brian Anderton, who succeeded Hillis in the southern jumps role. “I didn’t say a lot and I think Brian liked it that way,” he said. “He gave me great moments with his support and so did Kelly Thompson from Southland in the bigger events.”

According to Jumps Association statistician Chris McQuade, Ridley had his first jumps ride in May 1970, his first jumps win aboard Duldul at Riverton the following April, his last jumps win on Possum Canyon at Oamaru in July 1994 and his final jumps ride on Decoy Lad when he fell in the 1994 Grand National Steeplechase.

During those years Ridley won 110 jumps races (59 over hurdles and 51 in steeplechases) from a total of 767 rides and recorded his 100th jumps win on Sir Daley at Invercargill on April 4, 1992. His association with three of the top jumpers of the era, the Anderton-trained Lord Venture, his stablemate Bymai, and the Marion Stevenson-trained Nearco Bay, saw him win three Grand Nationals at Riccarton.

He won the Grand National Steeplechase (5600m) aboard Bymai in 1984 and Nearco Bay in 1991 and missed a further winning ride in the Riccarton feature when injured in a fall in the hurdles earlier in the day and replaced by Shane Anderton on the 1988 winner, Lord Venture.

Ridley had a lengthy, successful association with Bymai and rode him in five successive Grand National Steeplechases from 1983 for a win, three seconds and a third, and he won the 1986 Grand National Hurdles (4200m) on Lord Venture. He also came so close to winning the North Island’s prized jumps event, the Great Northern Steeplechase (6400m) at Ellerslie, in 1986 on Lord Venture, going down in a thrilling finish by a mere long head to Rock Crystal, who was trained by Anderton’s father, Hector Anderton. “You always like to have a Northern to your credit and that was my chance,” Ridley recalled years later.

Ridley had earlier that year won the second of his three Great Western Steeplechases (4500m) at Riverton, scoring on Lord Venture when beating Rock Crystal and Bymai, and returned a year later on Lord Venture to win again and complete a treble in the feature, having first won it in 1983 on Belsen’s Bank.

Winning the 1991 Grand National Steeplechase on Nearco Bay was a special thrill for Ridley, especially being for Stevenson, a long-time supporter. “My only regret about him going to England (where he won for the Queen Mother) was that I couldn’t go with him,” he recalled. Ridley’s other highlights over fences included the 1989 Homeby Steeplechase (4000m) on Come True, the 1983 Sydenham Hurdles (3200m) on Firpo and two Otago Hunt Cups (4000m), the first in 1984 with Wapiti whom he also trained and other in 1991 aboard Point The Way.

After retirement in 1994 with a record of 250 wins as a jockey, Ridley began training from Oamaru and prepared Pinnacle for his father to win 16 on the flat and four over hurdles from 1991 to 1998. Pinnacle provided Ridley with a huge thrill when winning the Anderton-sponsored Group 3 White Robe Lodge Handicap (1600m) at Wingatui in 1994 and he also won three Listed races and was twice placed in the Grand National Hurdles.

Ridley was later a private trainer for Keith Neylon at Burnham before a stint running the Rangiora stable of Te Akau Racing Stables from 2010, then winding up training at Riccarton where he went on to complete his 42-year training career with a total of 313 wins, including three wins this season.

In 2007 he won both the Group 3 Easter Cup Stakes (1600m) and Listed South Island Thoroughbred Breeders Stakes (1600m) with Just A Dream and prepared King Montrose and Prince Of Oz for wins in the Group 3 Stewards Stakes Handicap (1200m) in 2012 and 2018 respectively.

King Montrose won on debut at Oamaru in August 2009 and raced for seven seasons, going on to succeed 15 times, while Ridley’s skill was highlighted with Prince Of Oz, who went south as a one-race winner and won seven races in succession from March 2018 culminating in victory in the Group 3 Stewards Stakes (1200m) at Riccarton eight months later before going on to beat top South Island mare Kiwi Ida in a sprint at Riccarton 13 months ago.

Ridley also did well with Batman, who joined his stable as a two-race winner and twice stakes-placed and went on to win a further seven races and add to his stakes record, including a third in the 2016 Group 3 Stewards Stakes. He Kin Fly, another North Island import, had won his first two races and scored once in Hong Kong before returning to New Zealand and joining Ridley’s stable. He has now won 10 races, including three on end, capped by victory in last year’s Listed Great Easter Stakes (1400m) at Riccarton.

Throughout his career Ridley always had a thorough approach to the task at hand, whether it be as a rider or trainer, and he provided his apprentices with a solid grounding and opportunities. But he admitted he couldn’t have done it without the tremendous support and help from his wife Margaret, who put in the hard yards around the stable.