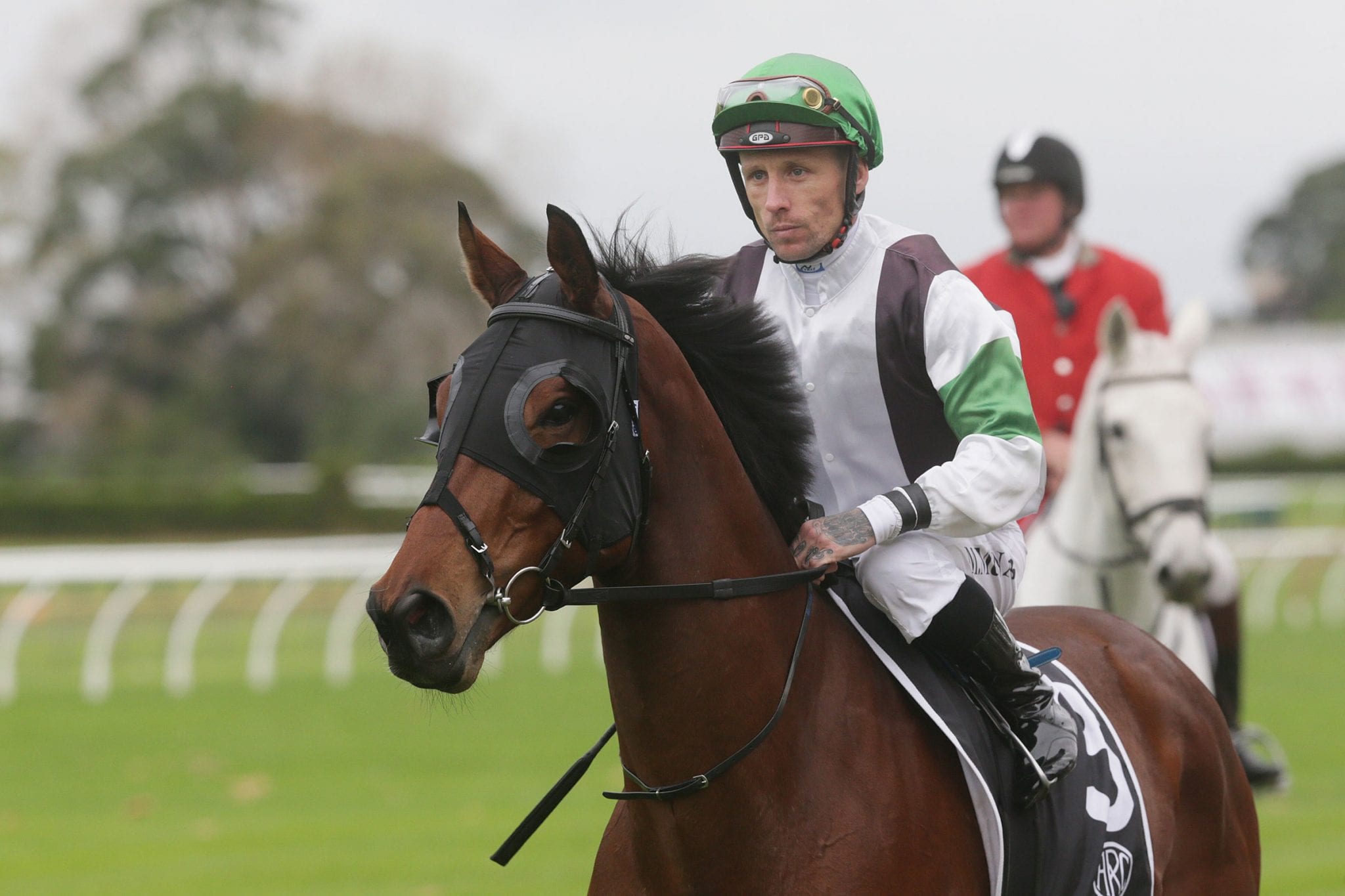 A picture-perfect ride aboard promising galloper Dawn Parade at Ellerslie on Saturday continued a purple patch of form for Cambridge-based jockey Michael McNab.

With 60 wins for the season already, his best since he commenced his career in the saddle just on 20 years ago, McNab has taken his riding to another level, one which he is keen to maintain as he eyes some loftier goals in the next twelve months.

“Things have gone really well for me this season, particularly in the last few weeks where I have ridden a lot of winners,” he said.

“The success I have had this year has made all the hard work I put in to get my career back on track worth it and I’m loving where I am in my life at the moment, both on and off the track.

“I’m pretty much riding the same horses and for the same people as I have in the past, but something has clicked, and the wins have kept coming.

“I think it helps that I have done a lot of work on those horses and I know them well, so that is satisfying when that work pays off.

“Dawn Parade is a really promising type who I think is a Group One winner in waiting, so to get that win on him on Saturday was fantastic as he showed just what he is capable of.

McNab has had some well documented issues that have threatened to derail his career at times, but feels he is now in the right frame of mind to capitalise on his undoubted riding talent.

“When I came back this time, I just wanted to keep things very simple and rededicate myself to my craft,” he said.

“I felt that if I could focus solely on my job and try and ignore the distractions and the like that had affected me in the past, I could make a real go of it, and so far, it has worked out exceptionally well.

“My family has been so supportive, and I also have to thank my manager Aidan Rodley who has done a wonderful job for me.

“Aidan is outstanding in what he does, and he is there for me off the track as well.

“It has also probably helped me that a few of my peers have been off the scene for various reasons which has meant I have been in demand for more rides and I’m trying to make the most of those opportunities.”

With winter setting in McNab is looking forward to taking a short holiday break if he can fit it in, before preparing for the onset of spring racing.

“With the COVID situation at present, an overseas holiday is off the cards, but I’m hoping the family and I can squeeze a week in Queenstown or somewhere like that in the next couple of months,” he said.

“It would be nice to slip away somewhere much warmer than New Zealand, although that probably won’t be an option for another year, so we’ll just take what we can.

“I will keep on riding over the winter as when things are going well you don’t want that to change, but I know Aidan likes to set goals for me and I’m sure he will have something big in mind for next season.”

McNab is also keen to maintain the routines he has set up for himself and to that end his Sunday morning activities included a trip to the local supermarket.

“Sunday is food day so I’m off to the supermarket to pick up a few things, including a treat or two,” he said.
“It’s a routine we have settled into and one I really look forward to after wasting during the week to make my riding weight, so Sunday lunchtime can’t come quick enough.”