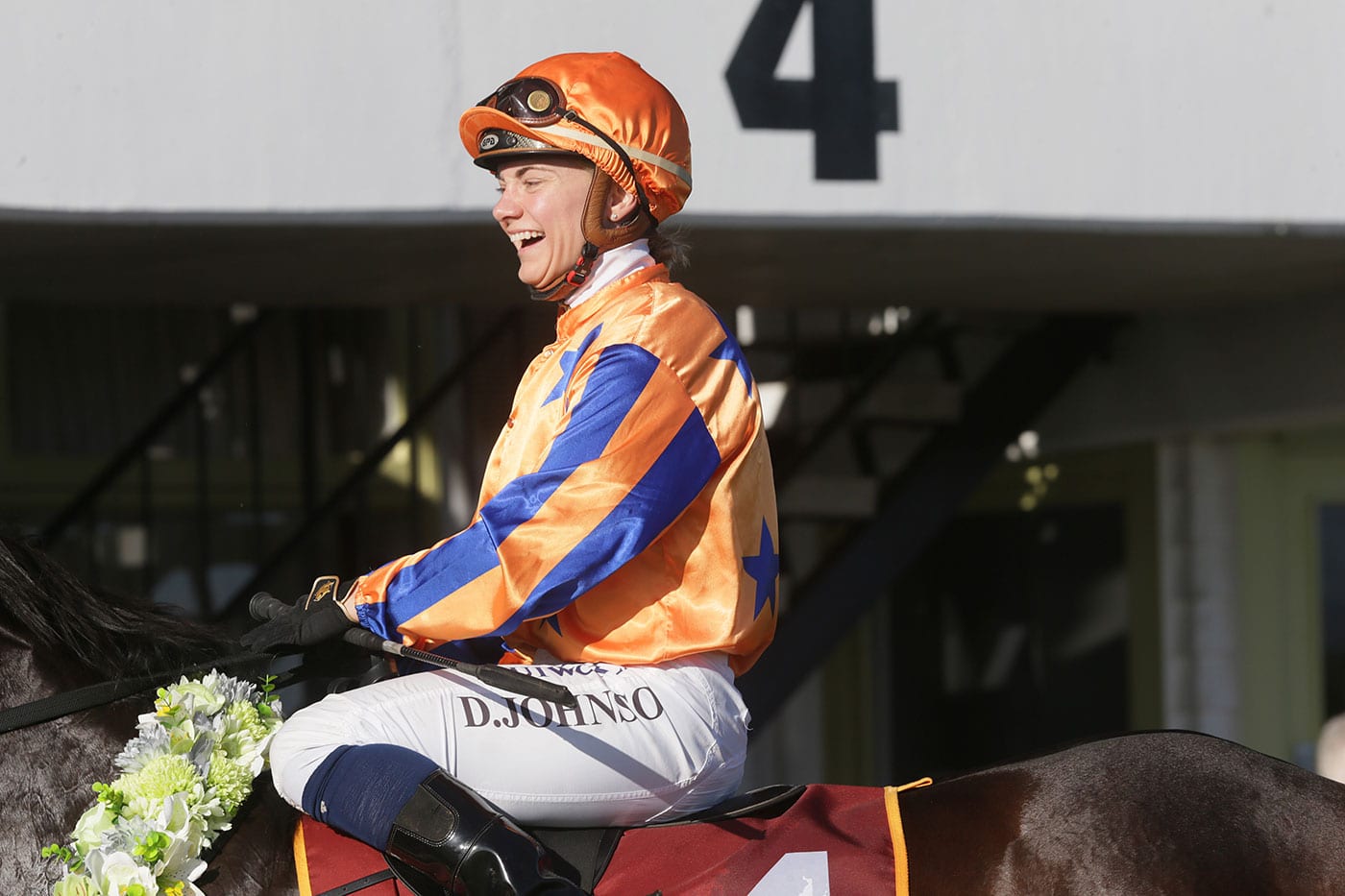 Danielle Johnson set a single season stakes record for a New Zealand jockey last weekend and is looking to add to it on Saturday with some solid chances at Te Rapa.

Johnson rides Savy Yong Blonk, the +140 favourite for the Group 2 Travis Stakes (2000m) at Te Rapa on Saturday, along with several other good chances on the undercard.

Johnson has a virtually unassailable lead in the New Zealand jockeys’ premiership with 145 wins – nearly double her nearest rival, Sam Collett, who has 75.

“There’s nothing that helps better than getting on fast horses,” Johnson said.

“I got on some good horses for Jamie Richards in the South Island at the beginning of the season. That gave me a really good start and it’s kept going from there.”

Many of Johnson’s winners have come from the Te Akau stable and she rides four more horses for Richards at Te Rapa.

They are headed by Savy Yong Blonk, a mare Johnson has ridden to three stakes wins this season, the most recent an impressive three length triumph in the Group 3 Manawatu Breeders’ Stakes (2000m) at Awapuni on ANZAC Day.

Savy Yong Blank already had an impressive record prior to this season but Johnson said she had improved with maturity.

“She actually used to pull a little bit but she hasn’t really done that this prep. She’s obviously been around a few times and she knows her job,” Johnson said.

“Leading into her prep in the Waikato Cup she was being half slow out of the gates, but that only lasted a couple of starts.

“I’m pretty happy to be associated with her. She’s a dream ride.”

The field for the Travis Stakes is significantly stronger than at Awapuni, with her opponents including Travelling Light, second to Avantage in the Group 1 NZ Thoroughbred Breeders’ Stakes (1600m) on April 17.

“Obviously Avantage is a nine-time Group One winner and Travelling Light came pretty close to her last start, so she may go out favourite,” Johnson said.

Johnson’s mount in the day’s other feature, the Group 3 Inglis Sales Cambridge Breeders’ Stakes (1200m), is Pazienza, who faces a much stronger field than the one she beat in a Rating 65 event at Hastings on April 17.

“I’ve never ridden her raceday but I rode her in a gallop on Thursday and she really impressed me,” Johnson said. “It’s come up not the worst field – you’ve got Babylon Berlin, who’s a real speed machine over 1200m – but I’m really looking forward to getting on her tomorrow.”

Another horse Johnson rides for the first time at the races is the two-year-old Irish Red, who contests the Maara Grange 2YO (1200m) following an unlucky second on debut.

“She had a bad draw and had to get back on debut, and she’s got a wide draw again this time,” she said.

“I also galloped her on Thursday and her gallop was phenomenal. She’s certainly got some gears there. Hopefully we can get some cover for this race.”