Leading riders to the fore on Boxing Day 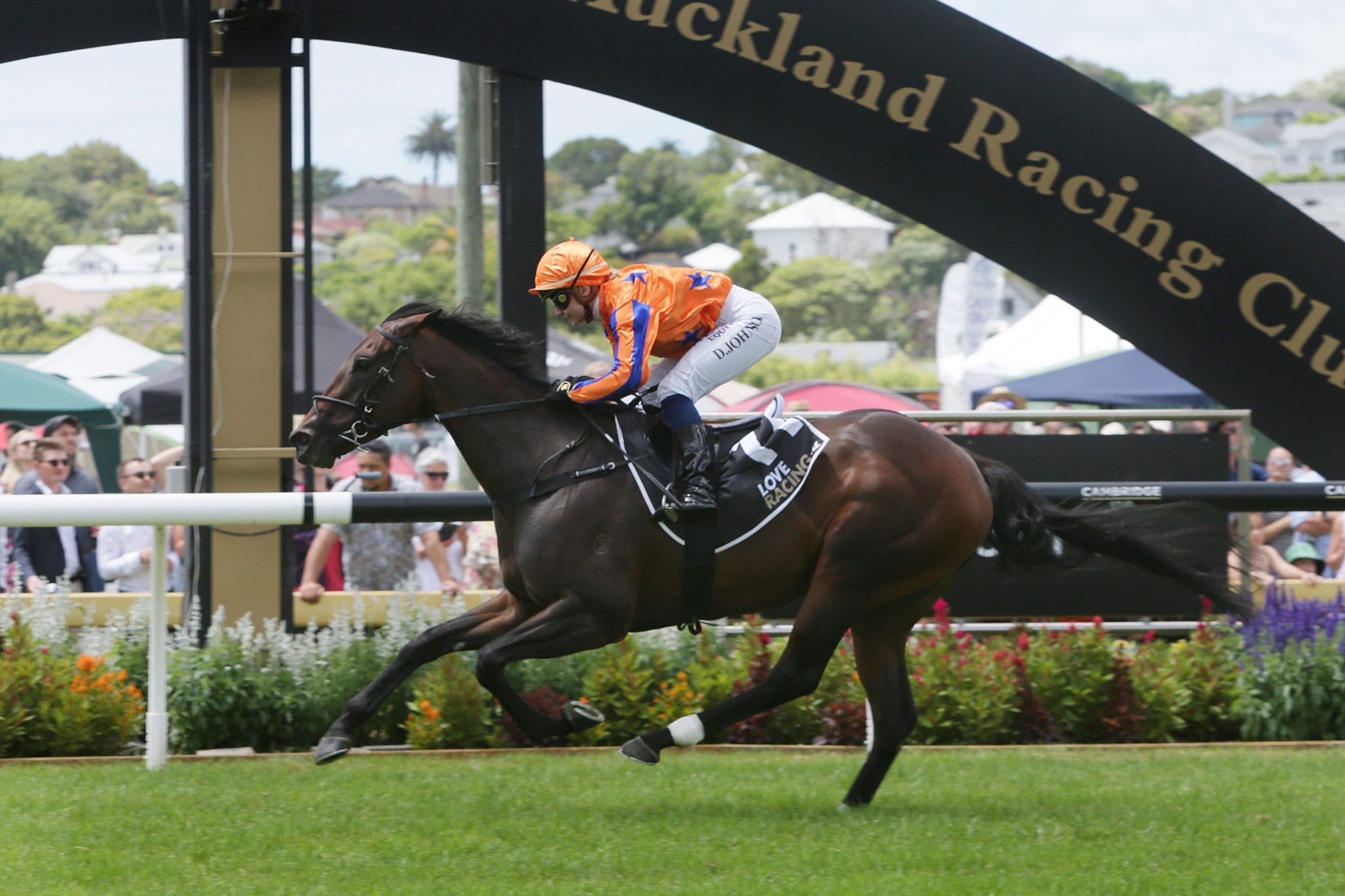 A quick glance at the results from day one of the Ellerslie Christmas carnival reveals the remarkable fact that if your surname wasn’t Richards, Bosson or Johnson you struggled to make much of an impact on one of the biggest days on the New Zealand racing calendar.

Matamata’s Jamie Richards dominated the training ranks as he produced an unprecedented six winners on the card including taking out three of the four stakes races on offer while going close to a fourth when In A Twinkling was collared late in the Group 1 Cambridge Stud Zabeel Classic (2000m).

Just as dominant were leading riders Danielle Johnson and Opie Bosson who shared the first eight winners between them with four apiece, including both winning three races each for Richards. Bosson picked up his first two wins aboard Swords Drawn and promising two-year-old Palamos but it is Richard’s three-year-old pair of Brando and Amarelinha, who took out the Listed Uncle Remus Stakes (1400m) and Group 2 Eight Carat Classic (1600m) respectively, that has him excited about their prospects in bigger targets ahead.

“There are some very exciting horses there and particularly those two three-year-olds,” he said. “I think Brando is still learning how to race properly but he is relaxing a lot better than he was to start with. “He got beaten first up which was a bit of pilot error as I was probably too aggressive and led on him, which in hindsight didn’t suit him “I think he has a lot of ability and he did it very easily and even easing down yesterday. Every race he has is better and better and he will go to a mile next (Group 1 Levin Classic) and will be suited down to the ground by that.”

Bosson admitted that with 600m left to run in the Eight Carat Classic he knew he was on the winner, with Amarelinha just cruising at that point. “She has got a lot of ability and I just loved the way she was coming up underneath me as we came towards the home turn,” he said. “I knew she had a good turn of foot but when I let her go, she exploded. “She even took a good look at the crowd when she got to the front so has more to learn, but she is very exciting.

“It was 1600m yesterday and she did it easily, so I don’t see a problem going over more ground.” Bosson was happy to sit on the fence when asked to pick between the pair. “That is a really tough question as I can’t really split them,” he said. “Hopefully, I won’t have to make that choice anytime soon.”

Bosson also paid tribute to Richards and the dedication he shows to the horses and people involved in the Te Akau team. “Jamie is very dedicated and hands on,” Bosson said. “He has good people around him and David (Ellis) buys the top horses, but Jamie has to make it all work. “You can’t take anything away from him and what he is achieving. He is a bit of a freak really.”

Johnson took out a winning treble for Richards aboard Entriviere, Vamos Bebe and Mai Tai after winning the opening event aboard Raposa Rapida for Stephen Marsh. “It was a really great day and I’m just lucky to get on so many nice horses,” she said.

“I had really chased the ride on Entriviere as I think she is just so exciting. “Her pick up was amazing, you don’t see many sprint like she did and she just seemed to do it so effortlessly. “I think she is pretty versatile, as I’ve won from in front on her and now coming from well off the pace. “She just relaxed so well yesterday that I don’t think 1400m to a mile will be a problem, but she just has so much brilliance that she excels over these shorter trips at present.

“I think of all my rides I was worried most about Mai Tai as she was facing an excellent field with plenty of depth. “As it turned out I didn’t need to worry as she put them away nicely and is getting better all the time. “She got back a couple of spots more than I wanted, but when I asked her to sprint, she just got quicker and quicker.”

Johnson’s delight with the win aboard Vamos Bebe in the Listed Hallmark Stud Sprint (1200m) was tempered by the news that the valuable I Am Invincible mare had bled after the race and now faces a mandatory three-month stand down from racing. “Vamos Bebe won nicely but in hindsight I think the bleed definitely affected her,” Johnson said.

“When she went up to Madam Hass, I thought she might have kicked better, but I can understand why that might not have been now. “It’s a real shame as she still has plenty to learn and is a really exciting mare.”

Johnson echoed Bosson’s comments about Richards and his Te Akau stable operation. “Jamie’s attention to detail and work ethic is second to none,” she said. “He loves his horses and it is a lot of the little things he picks up that makes him stand out.

“He picks up things from trackwork that I don’t even see and importantly, he doesn’t overdo it with any horse, he just lets them progress at a pace that suits each individual.”