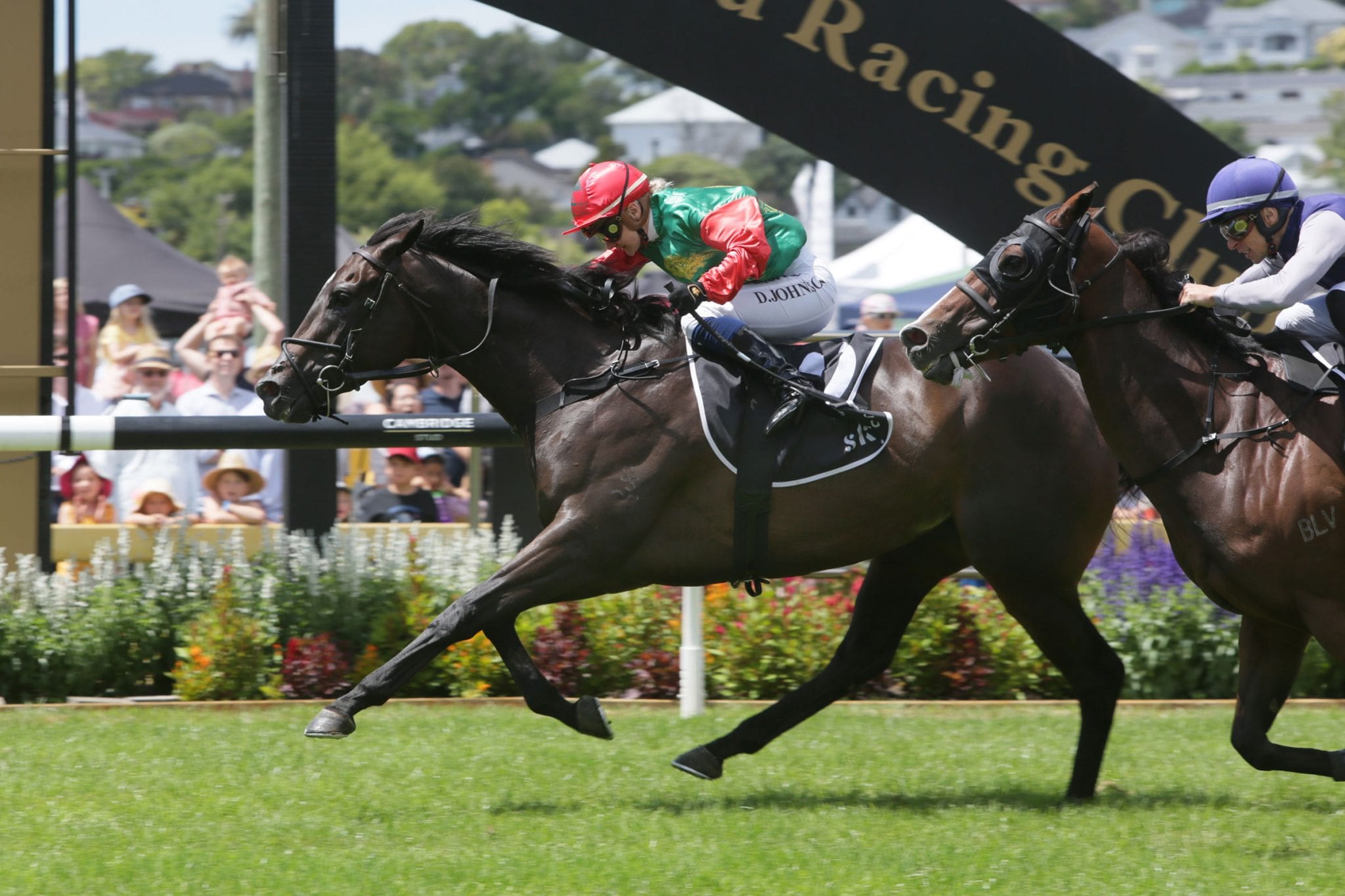 Progressive mare Vamos Bebe took the step up to stakes company with relative ease when she strode clear in the final stages of Saturday’s Listed Hallmark Stud Sprint (1200m) at Ellerslie for a comprehensive victory.

Trainer Jamie Richards backed his opinion of the I Am Invincible four-year-old, who was rated a clear six points lower than any of her eight rivals and was rewarded with a performance that showed she is well up to top company over the sprint trips.

Rider Danielle Johnson had her charge well positioned in the trail before pushing into the clear rounding the home turn. Asked for a serious effort at the 200m Vamos Bebe strode past pacemaker Madam Hass before holding out a late run from Vigor Winner, who had tracked her throughout.

Richards was delighted with the result after making the commitment to try the rating70 mare out of her grade. “It’s not something we do without a great deal of thought,” he said. “She’s a promising mare who we thought was the best of our three-year-olds last year, but she had a few immaturity issues and just needed some time.

“She’s a very valuable commodity now with the black type to her name and the breeding she has on her side.” The Matamata conditioner indicated Vamos Bebe, who has now won three of her six career starts, would return to Ellerslie for her next run which is likely to be in the Group 3 Concorde Handicap (1200m) on Karaka Million night, January 23.

Johnson had guided home the Richards-trained Entriviere in race four on the programme and was at it again in another of the undercard features when she was successful aboard the Llanhennock Trust-bred and owned Mai Tai in the Stella Artois Championship Final (1500m).

Remarkably Richards also took out the Group 2 Jamieson Park Eight Carat Classic (1600m) with three-year-old filly Amarelinha one race later to make it six winners on the day for his Matamata stable, just a month after he produced five winners on New Zealand Cup day at Riccarton.

“To have six winners on one of the biggest days on the New Zealand calendar is a real testament to our all of our staff at home, and it’s a really exciting day for all of us,” Richards said. “I’m really proud of Mai Tai, who has made a lot of progress recently. I was a little worried about her being back right-handed today, but she’s handling everything very professionally in this campaign.

“She’s very effective at what she does. “She’ll probably have a bit of a break now. We can maybe pick out some black-type targets to have a go at later in the season and work backwards from there.”

Now the winner of three of her seven starts, Mai Tai put the Christmas Carnival spotlight back on the Hawkins family’s Llanhennock Trust. Next week marks the tenth anniversary of the family’s landmark Group 1 Railway Stakes (1200m) triumph with Miss Raggedy Ann, who sadly died earlier this season due to foaling complications.

“It’s very exciting,” Des Hawkins said. “This mare’s last-start win at Te Rapa was a big step up, but today was an even bigger task. I thought there would be two or three in that field that would be a bit better than her, but she’s stepped up again. “Now we’ll keep everything crossed that we can possibly have a go at some black-type later on.”