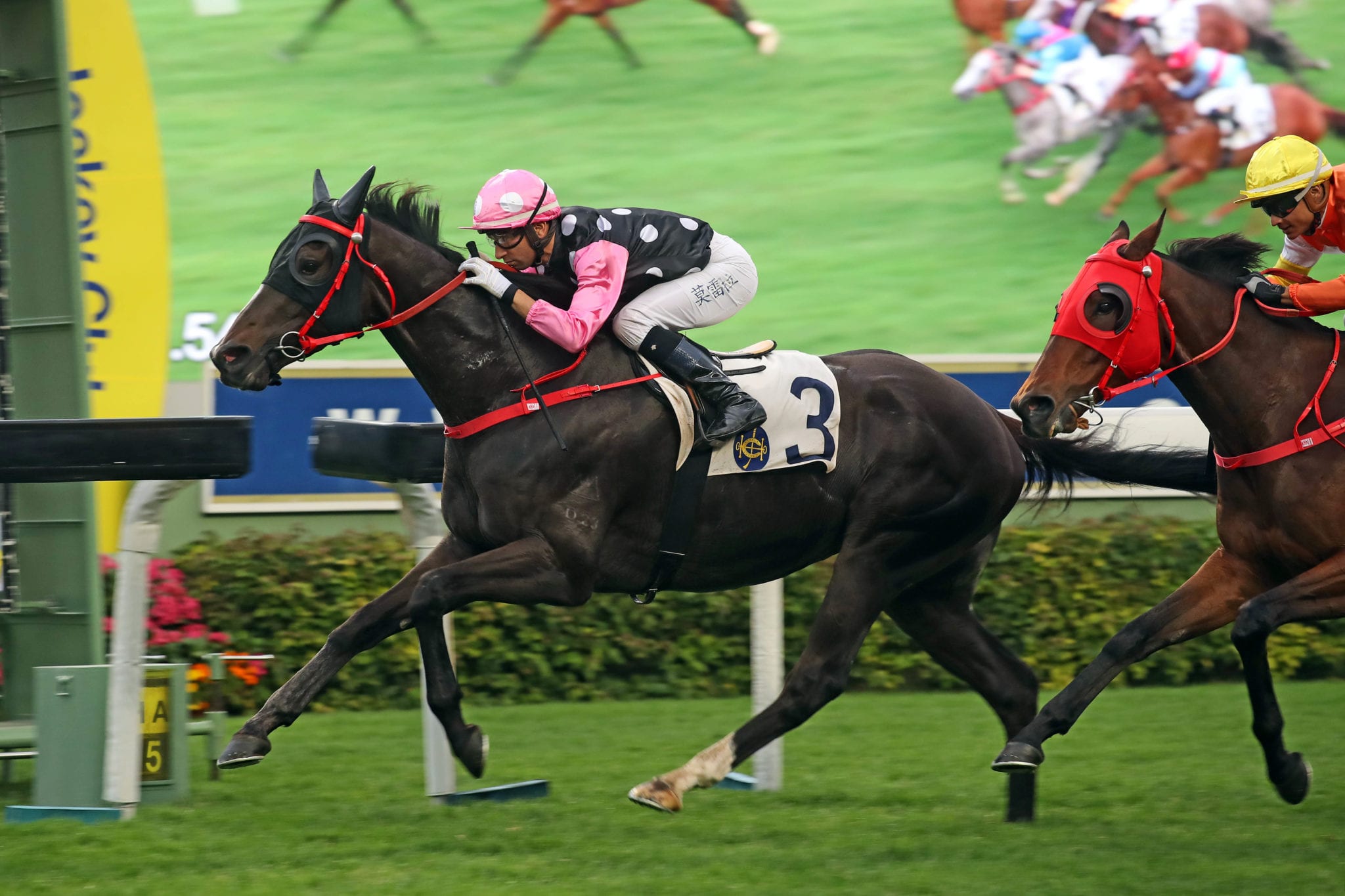 Beauty Legacy’s bad racing manners cost him any chance of Classic glory earlier this term but Joao Moreira is hoping a drop in trip might prove to be a tonic for the talented gelding’s fierce attitude.

The top-weight (133lb) is set to take on 13 rivals in a quality-packed Class 2 Austin Handicap over 1400m at Sha Tin on Sunday (12 April), and he will be seeking some kind of redemption for the vexing conduct that saw him place 11th in an 1800m Class 2 last month. That run, off the back of a similar display in the Hong Kong Classic Cup (1800m), scuppered plans for Beauty Legacy to take his place in the BMW Hong Kong Derby (2000m).

“In his two previous starts I had to fight him quite a bit to try and hold his temper, he was just fighting me badly and I couldn’t let him go because I had horses around me,” Moreira said of the John Size-trained galloper.

“There’s no doubts he was not able to produce his best his last two starts because of his temper. He was really wanting to over-race with me and he was using every bit of energy he’s got fighting me down the back straight, and, turning for home, he’d already tired as he’d used all of his energy doing that.”

Beauty Legacy raced as Hawkshot in Australia pre-import and he did so from the front for a win in the Group 2 Autumn Stakes (1400m) and second-place in the Group 1 Australian Guineas (1600m). But he also scored with a last-to-first swoop in lesser grade over 1200m and with a stretch to 2000m planned for the Hong Kong Derby, Size and Moreira attempted to teach the four-year-old to settle back and conserve energy.

That worked for an impressive first-up win at Sha Tin over 1400m on 5 January and the approach wasn’t a failure when Beauty Legacy placed fourth in the Hong Kong Classic Mile – then came his latest two head-pulling, rider-resenting performances.

But in his most recent trial – 1200m on dirt – Moreira allowed the son of Fiorente to roll along in front and the brown galloper moved easily, seemingly relishing the unobstructed breeze at his face.

“The other day, when I let him use the speed he has, and let him roll forward at the trial, he definitely felt much better – he felt more comfortable and the strength that he was able to show me at the end was really good,” Moreira noted.

But the Brazilian also emphasised that the trial performance should not be taken as confirmation that Beauty Legacy will return to front-running tactics.

“I’m not indicating that he must lead or we are intending to lead but he has indicated that a faster run race, over a shorter distance may suit him better,” he said. “Usually, when this kind of horse goes back in distance and the pace is a bit faster, they just enjoy that so much and I think that’s going to be the case with this guy.

“He seems very healthy, he trials very good and I couldn’t be asking for better of him than what he’s been showing us lately in his trials and trackwork.”