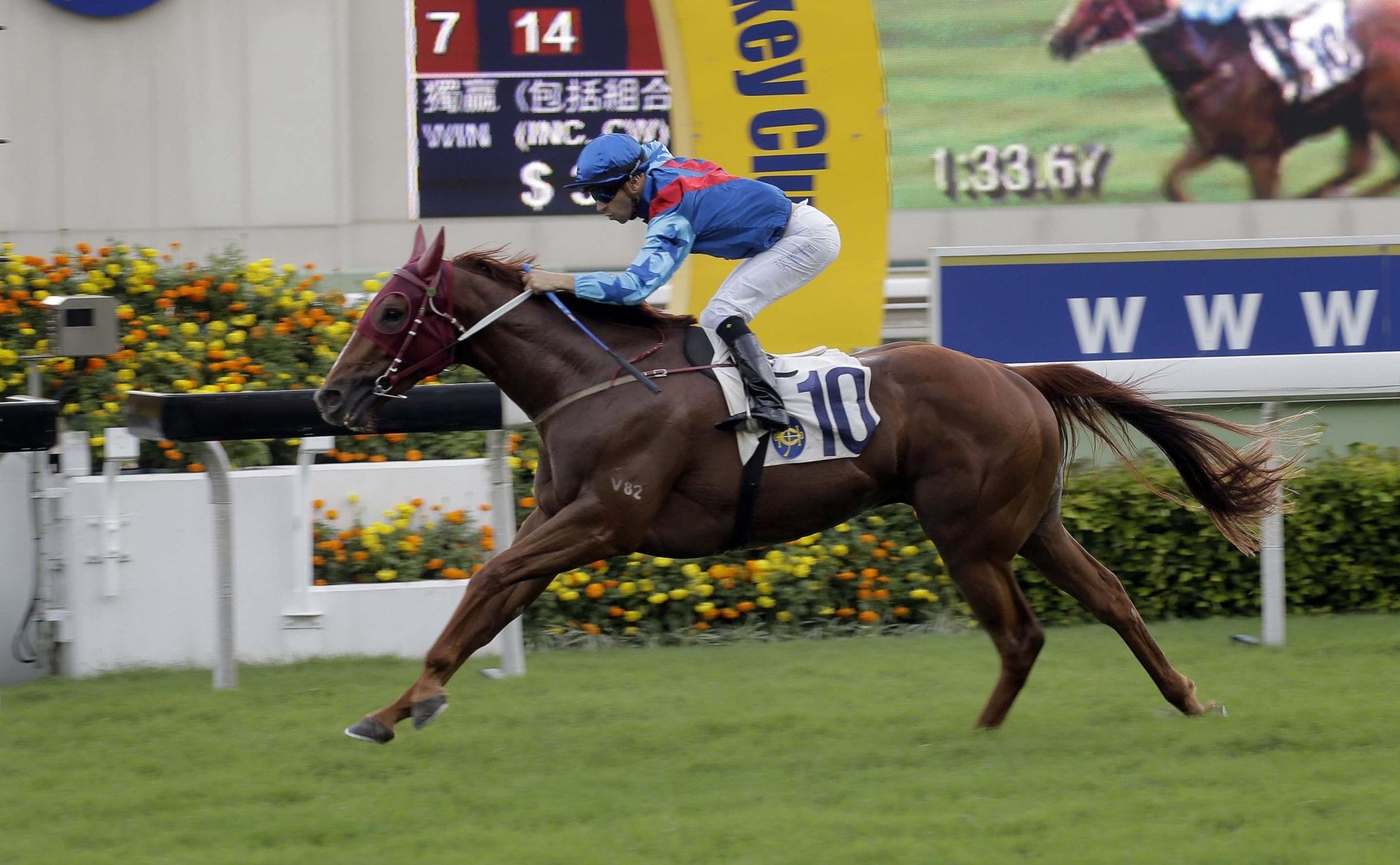 Joao Moreira is hoping everything falls right for Beauty Legacy in the Group 3 Lion Rock Trophy Handicap (1600m) this Sunday (31 May) at Sha Tin as the three-time champion looks to peg back Zac Purton in the jockeys’ championship.

Moreira sits three wins behind Purton on (126-123) after the Australian ace bagged a midweek treble at Sha Tin in the Brazilian’s absence. But Moreira returns from that one-meeting suspension with a full book of 11 rides to his rival’s nine.

“Zac has the head start – I’m sure he’s very happy to be up there but I’m not giving up, I’m trying my best and if I’m the one to be crowned the winner, then I will have done enough to deserve it and there’s no doubt it is in the back of my mind,” Moreira said.

Purton does not have a mount in the afternoon’s feature in which Moreira sides with Beauty Legacy.

The frustrating but clearly talented Australian import won impressively first-up and took his chance in the Four-Year-Old Classic Series earlier this season but raced keenly at times, hindering his chances of winning.

“He’s getting there, he hasn’t been perfect and he hasn’t done things the way we would love him to do but each race he has improved and how much he has improved from his last start we’re going to need to wait till the weekend to find out, but he’s giving me the confidence that he’s stepping forward,” Moreira said.

The John Size trainee steps out for his seventh Hong Kong start and will break from gate two with the lightweight 113lb on his back. The four-year-old raced pre-import for David Hayes as the Group 1-placed Hawkshot.

“It’s taken a little bit of time for him to figure out what the races are all about and to get him to do things right, but he’s been doing things positively so we should be happy with that,” Moreira said.

The 36-year-old has won three out of four editions of the Lion Rock Trophy since its inception in 2016, the first aboard subsequent star four-year-old Rapper Dragon and then aboard Champion’s Way (2019) and The Golden Age (2018).

“He’s going to carry a light weight which he has never done before, I think that’s a big plus for him, and he’s stepping back up to a mile and he has performed over that distance,” Moreira said.

“It’s just a matter of time before he gets things into place, he’s just a messy type of horse still but it’s a learning process for him and he gives me confidence that he will get there – it could be right now that he’s really going to click and show what he’s capable of doing.”

The 11-time champion trainer suggested that the best of Beauty Legacy in Hong Kong is still to come.

“He’s easy enough to train and deal with, it’s just race day he hasn’t sort of adapted to race tempo, sometimes the speed of the race can be a bit tricky for him; I’m pretty confident though that as he gets more experience he’s getting slightly better every day,” Size said.

“He seems to be racing ok, he’s been a little bit unlucky his last couple of races; this race he gets a lighter weight and probably not a lot of speed in the race so we might be a little bit closer in the run. But he seems in good form, he’s still held his condition even though he’s been in work for a long time.”

Size and Moreira will also link up with newcomer Lucky Express in the Class 2 Amah Rock Handicap (1200m).

The Toronado gelding makes his highly anticipated debut, having arrived in Hong Kong with two wins from three starts in Australia, amassing an eye-catching AU$681,250 in the process (approx. HK$3.8 million).

The three-year-old has had eight trials since his arrival in Hong Kong and will break from gate four on Sunday with the Brazilian in the plate.

“He’s been impressive in his trials and we’re going to learn a lot about him at the races on Sunday,” Moreira said.