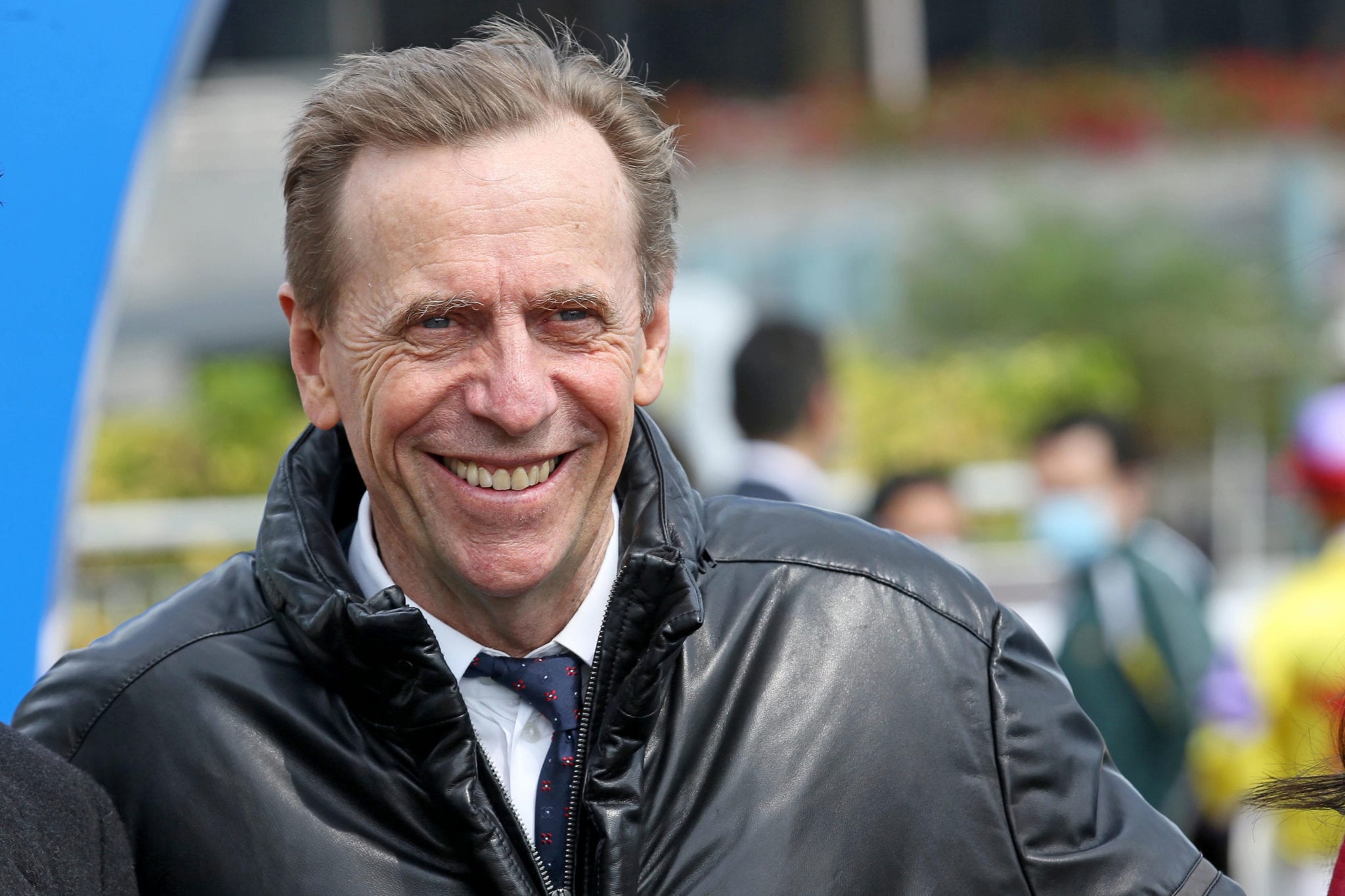 Beauty Legacy made a name for himself in Australia as Hawkshot, a Group 2 winner and Group 1 placed, before showcasing a dazzling amount of ability when winning at his Hong Kong debut. The bay followed with a fair fourth in the Hong Kong Classic Mile (1600m) last time, the first leg of the Four-Year-Old Classic Series.

But, while talented and a striking athlete, the gelding has a sparky temperament that requires careful management – something that Size is working at controlling.

“Horses get into a routine, once the people (who look after them) get to know them; we’re then able to help them and I think the second day at the races he was a little bit worse, but now I’m expecting him to keep getting better as we go on,” the trainer said.

Hong Kong’s 11-time champion trainer indicated that with a consistent racing manner and just two runs under his belt in Hong Kong, the Fiorente gelding’s best is ahead of him.

Size and jockey Joao Moreira have been teaching the gelding to relax, dropping him out in the early stages of races and trials before running on to the finish. Even then, Beauty Legacy diminished his chance of a Classic Mile win when fighting for his head early in the contest.

“He has to be ridden quietly – I think anyway – especially for the distance races because I think he’ll over-race. So we’re sort of locked into that situation but he seems to be happy to finish off a trial or race given those circumstances,” Size said.

“He seems ok – his latest trial was under tough conditions with the wet morning but I thought he looked nice and tough, and he seems good at home, after every trial and race he comes out of them well each time – I’m pretty happy with his fitness, and his toughness and his progress.”

A winner of the Group 2 Autumn Stakes (1400m) pre-import, the galloper then grabbed second in the Group 1 Australian Guineas (1600m) behind Mystic Journey. He closed out his Australian career with a seventh-place finish to that same filly in the All-Star Mile (1600m) and she added further gloss to Beauty Legacy’s résumé when grabbing fifth behind Japan’s Lys Gracieux in the Group 1 Cox Plate (2040m) last October.

The 65-year-old will also have Champion’s Way in Sunday’s feature. He was crowned Hong Kong’s champion griffin last season after winning his first five races but has failed to score so far this term.

“He’s good, he was ok last time out, it wasn’t a high pressure race, he was three-wide facing the breeze but not too much damage because the race wasn’t run at a frantic pace, it was pretty sedate; but he finished the race off nicely, he’s gone home and done well, he seems to be happy within himself and I think that he can improve a little bit so he’ll run well again,” Size said.

Size applied the pacifier and tongue-tie two starts ago before adding the blinkers last start. This Sunday the Australian-bred will jump from gate three with three-time British champion jockey Ryan Moore getting the leg up for the first time.

“He seems to have taken to the blinkers quite ok, he looks a little bit more focused and he seems to be doing his work well and from his trial, they’ve been good and I can’t see anything that I’m concerned about with him, I’m confident that he’ll do his best – whatever that may be,” the trainer said.

Size, one of Hong Kong’s all-time greats, knows a thing or two about training Hong Kong Classic Cup winners; he went back-to-back with Thunder Fantasy (2015), Sun Jewellery (2016) and It Has To Be You (2013) while Unique Jewellery (2009) won the race when it was known as the Hong Kong Derby Trial.

“I’m comfortable with both of my horses – they’re both good but whether they can win or not is problematical as there are a couple of really smart horses in the race and there also might be another one in there coming on. So, we don’t know who is going to emerge from the pack but as far as my two are concerned in regard to performing at their best, I am pretty sure they can both do that,” Size said.