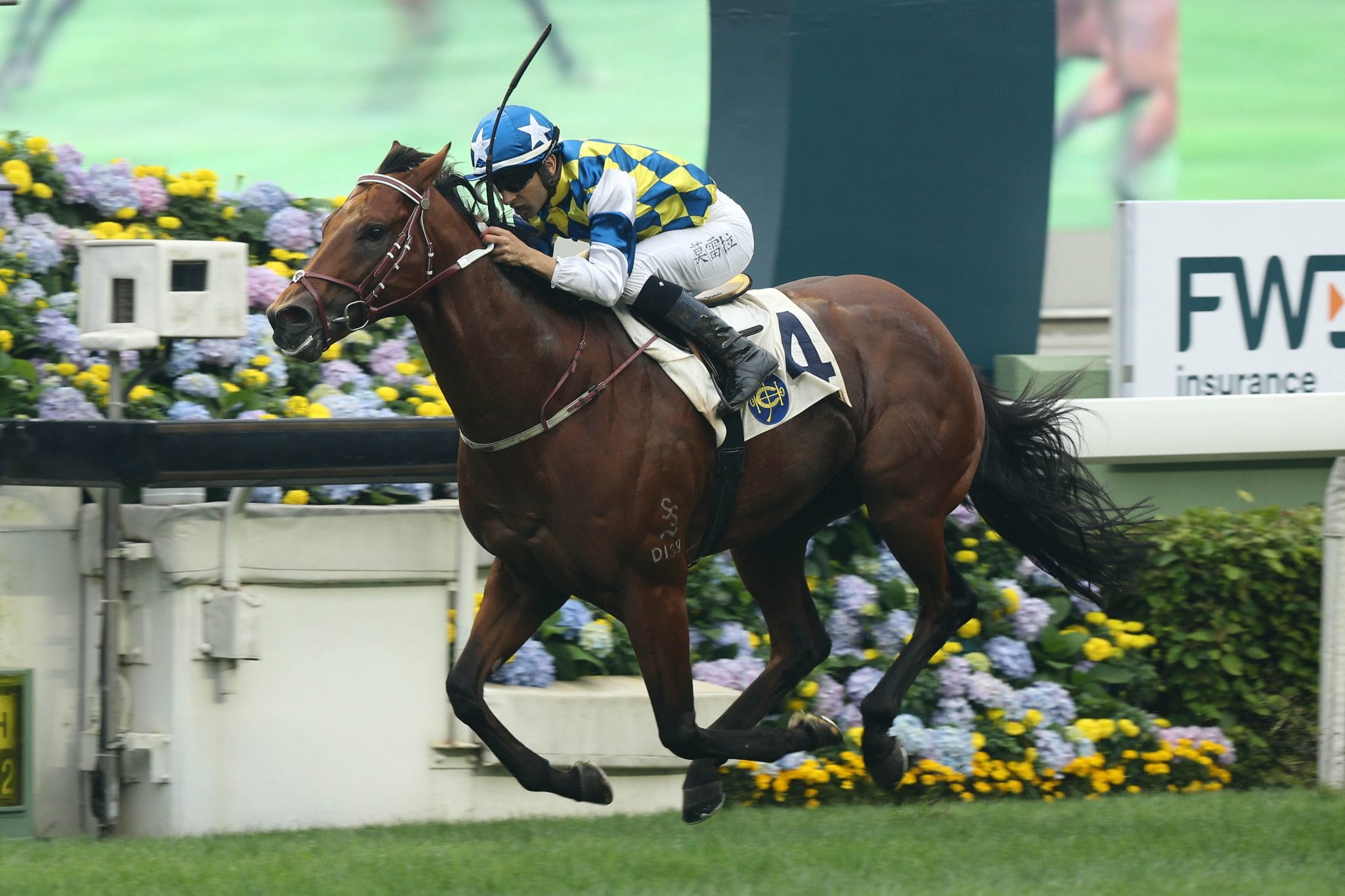 Far from dismayed with Computer Patch’s recent 1200m form at elite level, Tony Cruz is banking on the former Australian galloper’s drop to 1000m for the Group 3 Bauhinia Sprint Trophy Handicap as a decisive change of approach.

Cruz has saddled Computer Patch in only five starts since inheriting the horse from John Moore for a win, two seconds, a fourth and a sixth. While the two runners-up efforts came at Group 2 level over 1200m, the sole victory this season was over 1000m.

For Cruz, the equation is simple.

“I believe he’s only a 1000 metre horse – I think 1200 metres has always been a bit too far for him, in this class – and especially in the Group races.

Computer Patch finished sixth in the Group 1 LONGINES Hong Kong Sprint (1200m) behind Japan’s Danon Smash, beaten only a length and a half, on 13 December.

Following seconds – both at Group 2 level – to Hong King Prawn in the Jockey Club Sprint (1200m) and to Wishful Thinker in the Premier Bowl Handicap (1200m), Cruz believes Computer Patch was far from disgraced behind Danon Smash at the LONGINES Hong Kong International Races.

“I’m very happy with him and obviously he’s the likely favourite for New Year’s Day and, with Joao Moreira riding, he should have every chance.

Computer Patch will shoulder 133lb under Moreira, but Cruz insists any weight concerns are erased by the shorter trip.

“Well, that (weight) is an issue but I believe 1000 metres should suit the horse,” he said.

In his only 1000m foray for Cruz, Computer Patch – with Moreira aboard – dominated six rivals to land the Group 3 National Day Cup Handicap in early October.

Karis Teetan has mounts in both the Group 3 New Year’s Day features – the Bauhinia Sprint Trophy Handicap and the Chinese Club Challenge Cup Handicap – with Big Party and Champion’s Way, respectively, and while he is hopeful of good performances, the Mauritian is strongly represented on the undercard.

In particular, Teetan is looking forward to reuniting with the John Size-trained Lucky Express in the Class 2 Chinese Banyan Handicap (1600m).

“It’s nice to get back on him, he’s a very smart horse,” Teetan said.

“He’s got a preparation towards the big races, I’m looking forward to seeing how he runs.

“The horse is improving all the time. Unfortunately, I didn’t ride him last start but, in the trial (on 22 December), he felt good, he felt like he had improved.”

Vagner Borges partnered the Toronado gelding when a fast-finishing second to Sky Darci at Sha Tin over the same distance at the end of November.

“He’s got a turn of foot but I don’t think he’s the type of horse you can use too much in the early stages,” Teetan said.

“I still expect him to quicken up in races – I think that’s his style of racing where he’s comfortable. We just ride him the way he’s been ridden.

“The good thing about the horse is that he’s really relaxed. He relaxes nicely behind horses and has that nice turn of foot. He can switch off and still quicken up, so over 1600 metres with a nice draw – he could be competitive.’