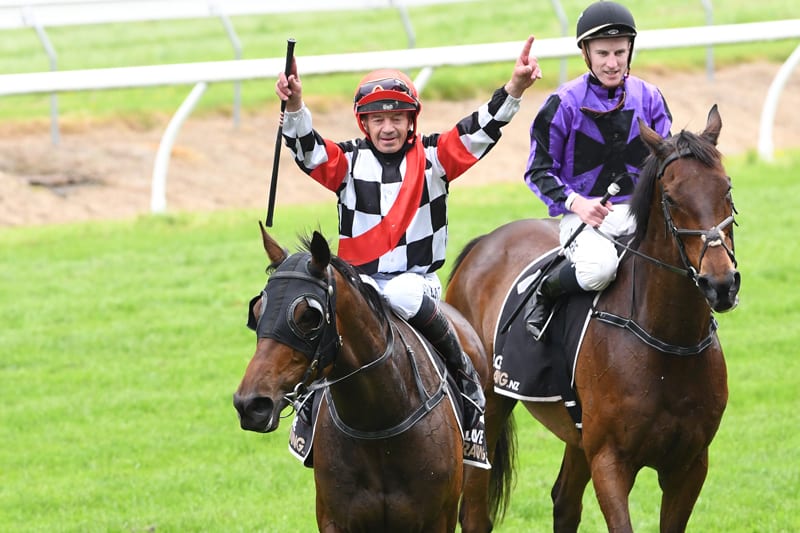 Some surprise tactics from rider Darryl Bradley paved the way for promising mare Mohaka to claim her biggest career victory when she led throughout to win the Listed Ricoh Feilding Gold Cup (2100m) at Awapuni on Saturday.

The Guy Lowry and Grant Cullen-trained five-year-old was backing up just six days after finishing fifth over 1400m at Trentham last Sunday and was having just her second career run past 1600m. Bradley took the bull by the horns after the daughter of Nadeem made a quick beginning from the barrier and sent her straight to the front.

Mohaka relaxed beautifully as she set up a steady tempo before kicking clear approaching the home bend. Chased gamely all the way down the straight by gallant runner-up Lubaya, Mohaka found enough in reserve to hold out the challenge to win by a neck with Obsessive well back in third.

Cullen admitted he had been taken by surprise when he saw his charge in front leaving the straight the first time. “That caught us by surprise to be fair,” he said. “We thought she would be midfield getting a nice cart along and then finding the line, but Darryl has taken the bull by the horns and gone forward and he has judged it nicely. “There is also plenty of credit to Guy who has been working with her and has a done a huge job getting her to step up to 2100m just six days after competing over 1400m.”

Cullen had always felt Mohaka has what it takes to be a stayer although the majority of her racing has been done over a shorter trip due to circumstances at the time. “She’s a real, dour staying type of mare so we’ve always wanted to get her over ground,” he said. “She had one start over 2000m as a three-year-old and ran second in the Warstep Stakes (Listed, 2000m), so it’s been a matter of getting her up to that trip again.

“The opportunity arose today with no weight on her back. “She managed to get a good breather between the 600m and 800m and has kicked really strongly to the line. “She doesn’t like to get headed and sticks her head down like a bulldog. “She’s a tough mare.”

Cullen advised they would now step back and reassess the future path for the mare who has won three of her 19 starts and has been placed a further ten times including three at stakes level. Mohaka is out of No Excuse Needed mare Diplomacy and hails from the family of two-time Hong Kong Horse of the Year, Ambitious Dragon.