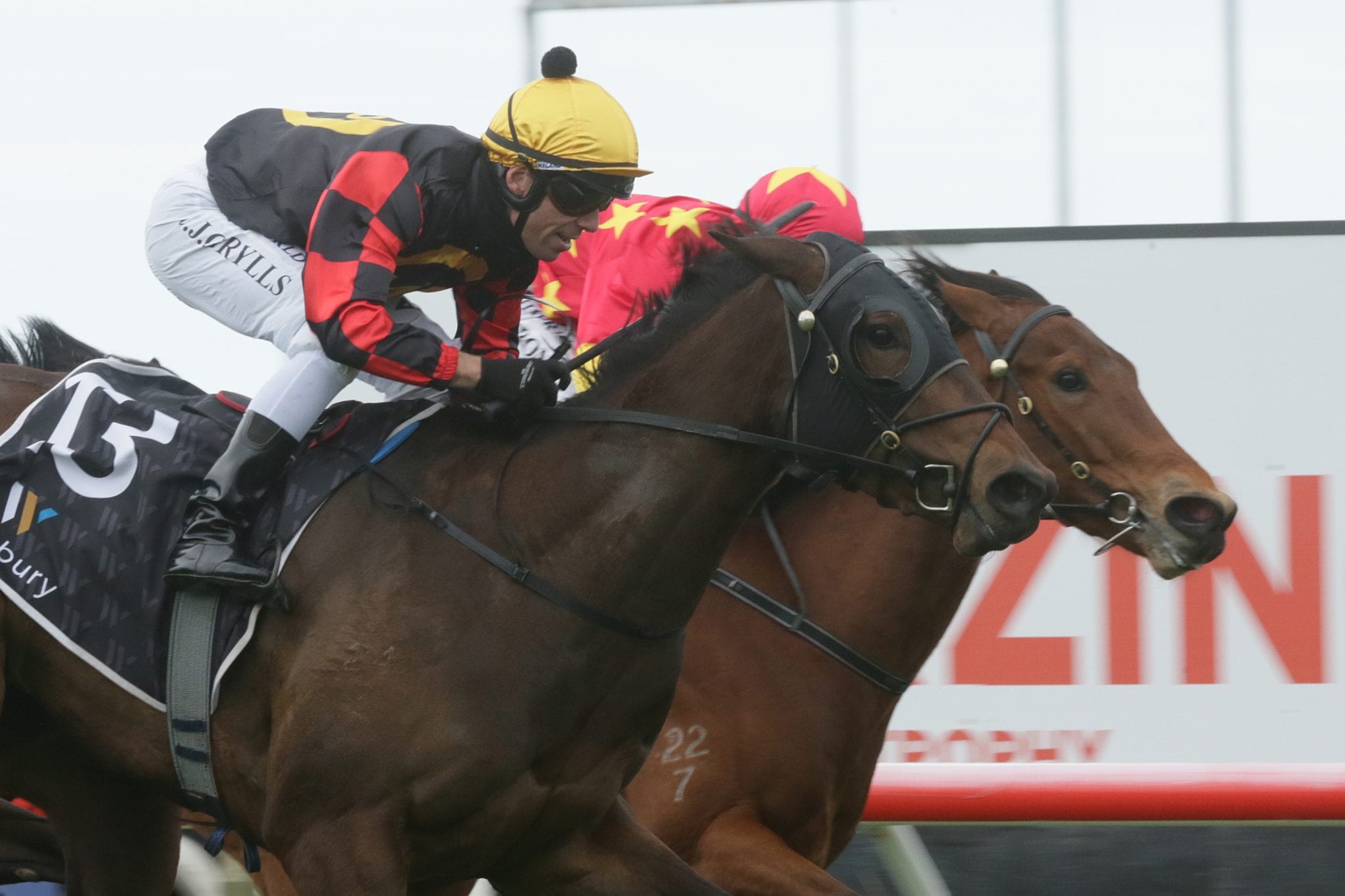 A stakes winner at her only start to date, Hawke’s Bay filly Shezzacatch is set to command plenty of attention in the opening race at Awapuni on Saturday. Trained by Guy Lowry and Grant Cullen for breeder and part-owner Tony Rider, the daughter of Savabeel began her career with a hiss and a roar in the Listed El Roca-Sir Colin Meads Trophy (1200m) at Hastings on September 19.

Among the outsiders of the field at $36, Shezzacatch came out of the pack with a brilliant late burst to win by three-quarters of a length. Two months on from that auspicious debut, Shezzacatch is set to line up for her second start in Saturday’s Smartphone Repairs NZ Ltd/Tui Backing a Winner Since 1889 3YO (1300m) at Awapuni, where she will jump from gate two with Lisa Allpress in the saddle.

“She’d always shown us plenty of ability leading into that debut run, and it was great to see her go out and perform the way she did first-up,” Lowry said. “I’m not sure how much has come out of that race, but it was definitely a really good performance on the day.

“We gave her a bit of a break in between times, and we’ve been happy with her since she came back into work. This race at Awapuni on Saturday is definitely not her end goal. We’re just sending her there to try to further her education a little bit. She was pretty erratic in her first race, so we’re hoping to see a bit of improvement there.

“After this, she’ll go to the Eulogy Stakes (Group 3, 1600m) back at Awapuni next month, and then her end goal is the Levin Classic (Group 1, 1600m) at Trentham in January. Hopefully she’ll be good enough to make it there. “So we’re just hoping she’ll learn a bit more from the experience this weekend, and this race should hopefully be another step in the right direction.”

Shezzacatch is rated a $2.70 chance for Saturday’s race. The Jamie Richards-trained Perfect Scenario, the winner of both starts in his current campaign, heads the market at $2.50.

Lowry and Cullen’s other runner at Awapuni on Saturday is Atlanta Peach, the topweight for the Property Brokers/Wright Livestock 1600. The winner of five races, and a highly respectable sixth in last year’s Group 1 Windsor Park Plate (1600m), the Bullbars mare has been unplaced in two starts this preparation. She has been beaten by a combined margin of almost 18 lengths.

“She’s been very disappointing,” Lowry said. “Her work has been great and she seems happy and well, but she just isn’t racing anywhere near as well as she should be. “She’s down in class now after starting the season in stakes company, so we’re hoping to see her start to put her best foot forward. We know she’s a lot better than what she’s showing at the moment.”

Lowry and Cullen have made a strong start to the new season with seven winners from 51 runners to date – already more than halfway to their 2019-20 total of 12 wins. They have won two Listed races this spring, with Shezzacatch being followed last month by Mohaka in the Listed Feilding Gold Cup (2100m).

“Mohaka had a short break after that win and has come back into work now,” Lowry said. “We’re really happy with how she’s looking, and she’ll head towards the Cal Isuzu Stakes (Group 2, 1600m) for fillies and mares at Te Rapa next month.”