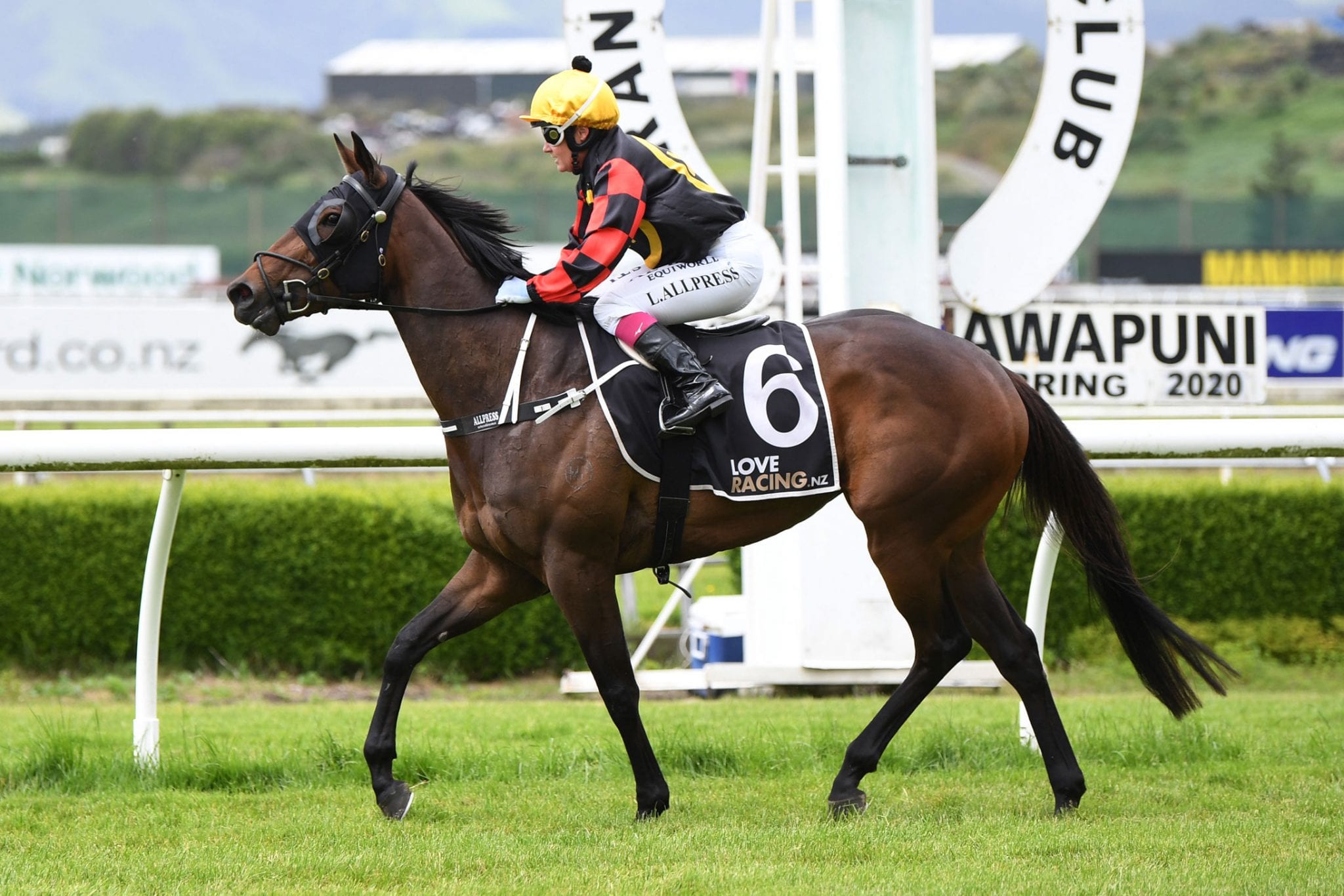 Talented filly Shezzacatch demonstrated she is a filly on the rise when she made it two wins from two starts at Awapuni on Saturday. An upset winner of the Listed El Roca – Sir Colin Meads Trophy (1200m) on her home track on debut, the Savabeel three-year-old displayed some erratic tendencies during the race that day which nearly cost her the win.

Trainers Guy Lowry and Grant Cullen were confident she had benefitted from that outing and would put that on display at her second start on the weekend. That confidence was well placed as rider Lisa Allpress kept Shezzacatch in a good rhythm throughout before piercing through a needle eye gap in the home straight to take the lead at the 200m.

Allpress gave her a couple of slaps on the shoulder to keep her mind on the job as minor placegetters Love For All and Perfect Scenario closed on her before she comfortably held them out for a narrow but stylish victory. Cullen was pleased to see his charge maintain her focus throughout the slowly run contest.

“She’s really a nice filly with plenty of upside to her,” he said. “She’s pretty much untapped and still learning although I thought her racing manners yesterday were much better than when she had her first start.

“She travelled within herself and didn’t over-race like she did on debut and found the line really well. “She wasn’t wound up for yesterday so there is plenty of improvement in her. “Lisa gave her a couple of taps down the shoulder when the other two were coming at her so we didn’t have to overtax her, which was also good to see.”

Raced by a syndicate that includes Lowry and her breeder Tony Rider, Shezzacatch will now be aimed at a Group target at Trentham in January. “Being a Savabeel we think she will likely go over a bit more ground once she has some more ringcraft under her belt,” Cullen said. “Her next start will be in the Eulogy Stakes (Group 3, 1600m) back at Awapuni on December 12 then, all going well, we might have a crack at the Levin Classic (Group 1, 1600m) at Trentham in January.

“At this stage we are just looking at those two and not what comes after that. “We’ve always had a high opinion of her but she is still a work in progress even though I think we are on the right track. “With some age on her and the maturity that comes with that, I think she could be a very handy horse.”

The victory completed the first leg of a winning double for Allpress who was successful later on the day aboard the Bryce Newman-trained Cruz Ramirez. Allpress has slipped quickly back into the winning groove after a late start to the season due to hip replacement surgery and has quickly raced into the top ten on the Jockeys’ premiership with 19 wins since making her return at Trentham on October 25.