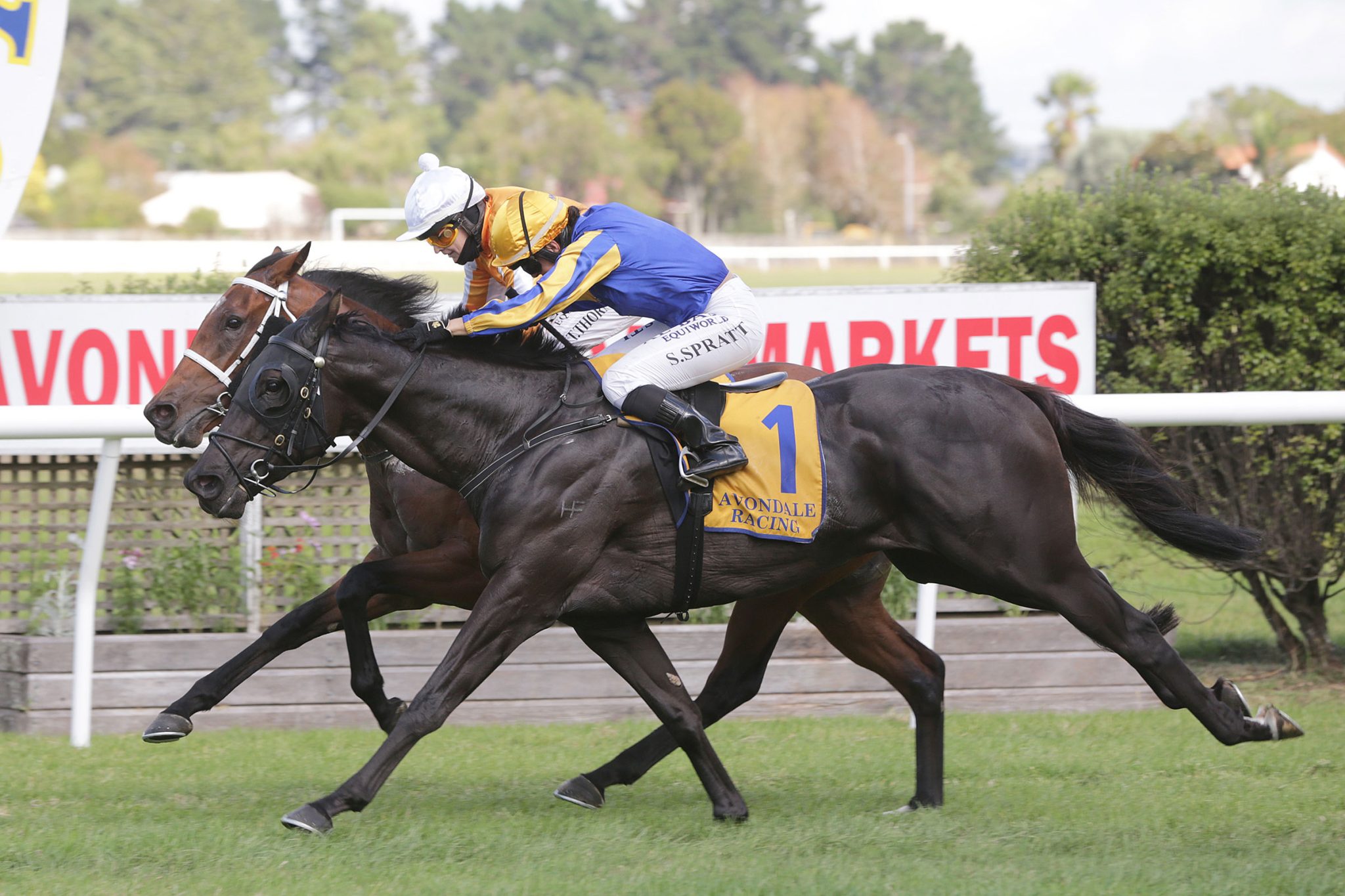 New Zealand Racegoers won’t see any more of the promising Pukekohe three-year-old Midnight Mass this season despite a nice victory for the firm track specialist at Avondale last Saturday.

The son of Proisir came from last on the bend for jockey Sam Spratt and won narrowly from the filly Maria, to whom he was conceding 4.5kg.

It was the third victory in seven starts for Midnight Mass but trainer Nigel Tiley said the gelding needed good footing to show his best.

“He’s a genuine firm track galloper and he’s been a victim of the watering of some of the tracks,” Tiley said.

“His two wins at Counties, when the tracks were genuine good tracks, he showed a very, very good turn of foot. He struggled at Counties last time when he ran second, and he did struggle a bit on Saturday, although that track probably was a genuine Good 4.

Given the uncertainty about weather and track conditions, Tiley said Midnight Mass would be given a spell now. Where he will begin his four-year-old season is yet to be decided.

“I won’t give him another run this campaign. He’s done a good job for us, and we will reassess what we do with him,” Tiley said.

“It’s possible he could be sent offshore where he can get tracks that suit him. We might have to think about sending him to Australia to race.”

When the track is firm, Tiley said Midnight Mass had the makings of a good sprinter-miler with his turn of foot.

One Tiley galloper already across the Tasman is Eyesonlyonme, an impressive third-start maiden winner at Pukekohe on March 12 who has since been transferred to Michael Moroney.

“I’ve always thought that if she was going to have a three-year-old campaign it would possibly be a winter campaign in Queensland,” Tiley said.

“So I’ve sent her over early to Mike, and he can assess her for us. The plan is to try to get her to Queensland and target some black type, but if Mike thinks that it’s a little bit too soon for her, he’ll just race her where he thinks she’s well placed.

“If that’s the case, she’ll probably run a couple of times and then we’ll leave her over there and we’ll get her going again as a four-year-old.

“I’ve always thought she’s a filly that would need a set of blinkers at some stage, so that’s Mike’s job to assess that now.”

If Eyesonlyonme does race in Queensland Tiley will be there to see her. Tiley and his wife Lee leave for Queensland in the first week of May for their second winter away from training, a journey they take to help Lee’s health, and Tiley hopes it works out a little easier than the first.

“Our break got cut short last year because we had to get home before they closed the borders due to COVID. Hopefully this year we’ll be able to get a decent break and do a bit more travelling than we did last time.”

Back at home, Tiley was pleased with the Avondale effort of Demonetization, who finished midfield in an open 1200m handicap while carrying 63kg, at least 8kg more than any of his opponents.

The seven-year-old, who hadn’t raced since finishing fourth in the Group 1 Zabeel Classic (2000m) on Boxing Day, will race next at Pukekohe on April 23 in the Group 3 Manco Easter Handicap (1600m), a race he won last year by four lengths.

“He was always going to struggle with 63 kilos on his back on Saturday but he had to go somewhere and I was happy with his run,” Tiley said.

“His second-up record is very good and we’ve taken exactly the same path as we did last year.”

Tiley had four runners at what was the first Avondale race day since July, and he hoped Avondale would continue to have a future in New Zealand racing.

“I think Auckland is genuinely going to struggle if we lose Avondale. Is Pukekohe and Te Aroha, when they get back going again, going to be able to handle the workload with the tracks?

“My thought is that Avondale is an important part of the northern racing scene. If Auckland, Counties and Avondale got their heads together and came up with a maintenance programme that’s going to be beneficial, there’s no reason why we shouldn’t be utilising Avondale.”