Australia in the offing for Eyesonlyonme 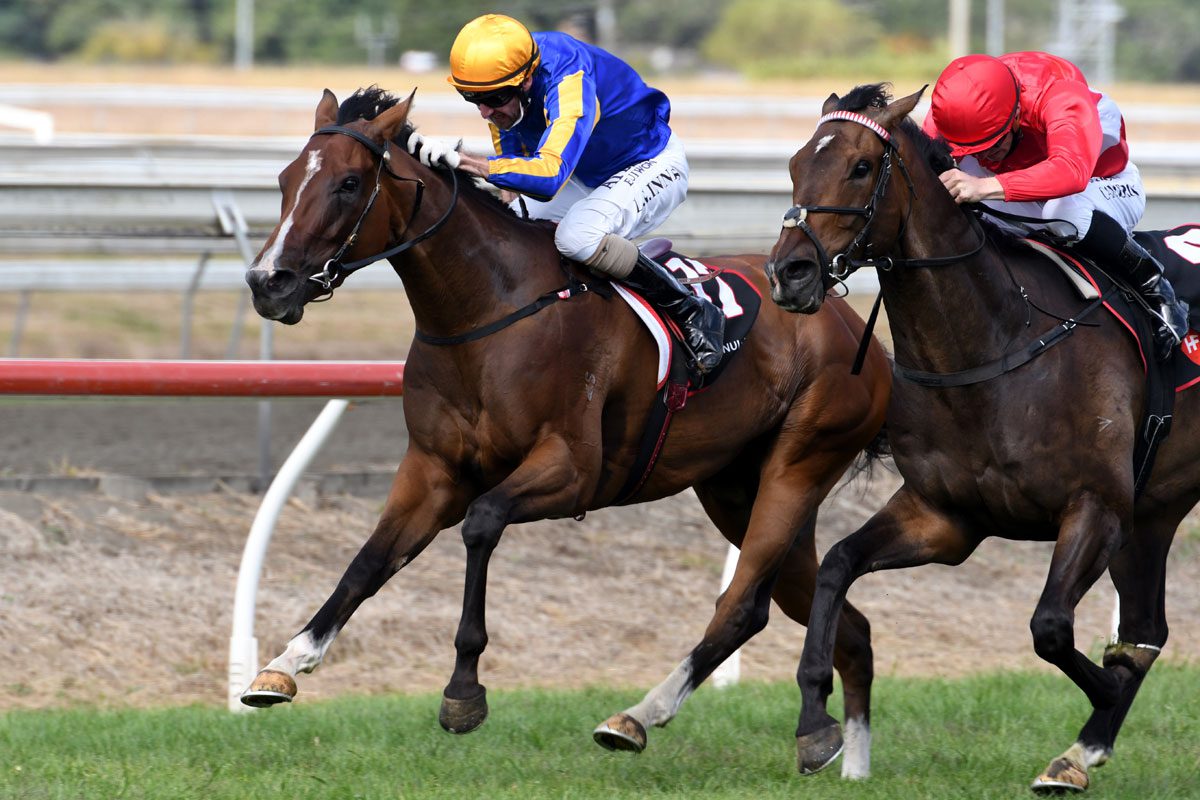 A future across the Tasman could be in the offing for Eyesonlyonme after her maiden win in the Haunui Farm 1400 at Pukekohe on Saturday.

The daughter of Free Eagle was having just her third start, having finished runner-up in her first two starts from wide gates.

Punters duly backed her into -166.67 favouritism after she drew barrier two on Saturday and she was able to reward their faith with a half head win over Astron, with a further 2.75 lengths back to Belle Of The Ball in third.

“I thought it was a good run, but Leith (Innes, jockey) said she didn’t feel too comfortable in the ground,” trainer Nigel Tiley said.

“It is the first time she has had a decent gate. She is still learning, she only had one trial before she went to the races, so she has got plenty of top side on her.

“She is going to be looking for 2000m pretty shortly I think.”

Tiley said he has plenty of time for the filly he part-owns and he is contemplating sending her over to Australia to continue her racing career.

“I have always rated her,” he said. “We have had to be extremely patient with her because she is a big girl and she keeps going through growing stages. We have had to take her very quietly.

“I will see how she pulls up. If she pulls up alright I will probably send her over on the plane to Mike Moroney and she can go around for some decent prizemoney.”

Tiley was critical of the Pukekohe track, particularly when it came to Midnight Mass, who finished runner-up in the Sonia MacFarlane Memorial (1400m).

“The track is ridiculous,” Tiley said. “We haven’t had any rain in Auckland for a month and they are racing on a track that is borderline soft.

“He (Midnight Mass) is a genuine firm track horse and Leith (Innes, jockey) said he was flat standing up on that track.”

Stablemate Quicken Away finished third in the race and Tiley said he will take plenty of improvement from the run.

“He will be the big improver out of the race. Had it been 1200m he probably would have won,” Tiley said.

“I was tossing up whether he was ready for the 1400m or not, but you can’t sit in the box all the time, so I needed to get him going.

“He would be hard to beat next time, I would think.”