Melbourne Cup owner on the ride of his life 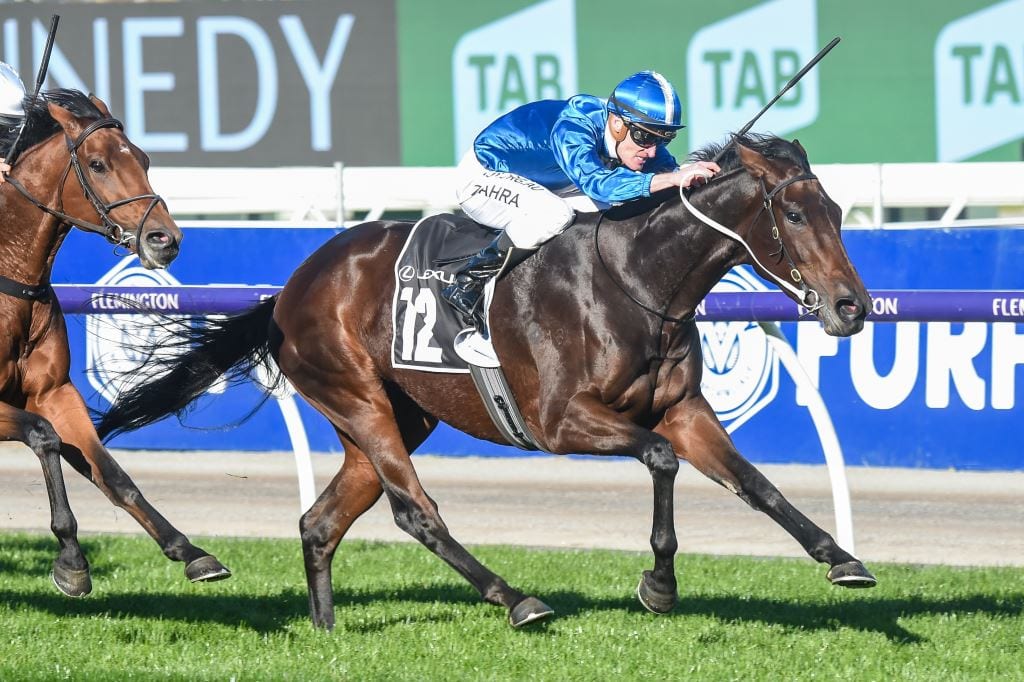 There won’t be many people hoping for a dead-heat in this year’s Melbourne Cup, but Tony Rider will be one. The principal of Cambridge thoroughbred nursery Milan Park has a connection with two horses in the great race – Oceanex and The Chosen One.

Rider bred the former and co-owns the latter and he said it’s a surreal moment to have two chances in the race that stops a nation. “It’s a dream come true to have a horse in the Melbourne Cup,” he said. “We were fortunate to have one in last year (The Chosen One) but this year I own part of one and I bred one, so it’s amazing. “You wish that both of them could come in first, but obviously there can only be one.”

Rider sold Oceanex to Mick Price, who trains the mare in partnership with Micheal Kent Jr, for $70,000 at the 2017 New Zealand Bloodstock Premier Yearling Sale and he said it’s a rewarding feeling to have a horse he bred in the Cup. “Knowing that you have bred one and it’s in there is a great feeling,” he said.

“She went through the Karaka Yearling Sales for $70,000 and I had a guy ring me from Australia saying he had been asked to go into Oceanex’s syndicate and was there anything wrong with her because why did she sell so cheap? “At that time Ocean Park (sire) wasn’t doing a lot and they got a deal.”

Rider admitted to letting out a sigh of relief last Friday when Oceanex was cleared by Racing Victoria’s chief vet Dr Grace Forbes. A day prior Forbes, along with Price and stable vet David Shepherd, were not happy with her action during an initial inspection. Oceanex subsequently underwent a change in shoeing in a bid to relieve pressure on her heels, and the alteration had an immediate result.

“It was a bit of a scare,” Rider said. “They have changed the shoes and she is 100 percent to go. Her downfall will be the barrier (17), you just hope she has every opportunity to get up there.”

Rider is familiar with the barrier, having drawn the marble with The Chosen One in last year’s edition, and he believes the Group 1 Caulfield Cup (2400m) placegetter holds a stronger chance on Tuesday after drawing barrier five.

“He has got a very good chance,” Rider said. “Last year The Chosen One came 17th, but from first to 17th there was only five lengths, so when you look at it like that there wasn’t a lot in it. “To come from the back like he did was amazing. With him drawing barrier five there will be no excuses.

“Two weeks ago he ran in the Caulfield Cup and had the same opportunity and got third. The two horses (Verry Elleegant and Anthony Van Dyck) that beat him are very good.”

Rider paid homage to Waikato Stud, whose stallions Ocean Park and Savabeel sired his two runners. “I’m a great fan of Waikato Stud and a very good friend with Mark Chittick. They give me a lot of advice,” he said.

The Chosen One has a chance of continuing the lineage of Melbourne Cup producing sires, with his sire Savabeel having the opportunity to become the third generation, after Zabeel and Sir Tristram, to produce a Melbourne Cup winner.

As a result of COVID-19 enforced travel restrictions, Rider won’t be able to be oncourse at Flemington on Tuesday, however, he is hosting a large group of friends and family, including The Chosen One’s trainers Murray Baker and Andrew Forsman, at his Cambridge farm to watch the race.

“We have got about 100 people coming out to the farm for the day,” he said. “We will have a lot of good friends here tomorrow. We will start at 12:30pm and go to 6pm and if either of them win it will be an all-nighter, we are looking for a good day.”

The Best Melbourne Cup Betting Sites have installed The Chosen One as a $26 winning chance in the Cup, with Oceanex further down the market at $51